Good news: Thanks to @chrmhoffmann the LineageOS build is now official. Follow these instructions to migrate from this UNOFFICIAL OTA release to the official one:

Just successfully migrated to the 1st official build that was made this morning, 20171024 (thanks @chrmhoffmann for all your work) ! [image] Follow these instructions when coming from other OS than Lineage! Instructions to get on the official build from this unofficial OTA build without factory resetting: Download these files: a. The new migration zip (SHA512) b. Get the latest official nightly build from here c. Add the latest modem.zip if you didn’t already (webroot / SHA256). d. (Opt…

If you are a new user wanting to get the official release and coming from Fairphone OS (or another OS) follow the official instructions:
https://wiki.lineageos.org/devices/FP2/install

I applied the @z3ntu’s OTA fix via TWRP, rebooted again to TWRP and then queued the lineage-migration-signed.zip and the lineage-14.1-20170609-UNOFFICIAL-FP2.zip -> flashed and rebooted. Reboot took quite a bit longer than previously but without any issues so far. 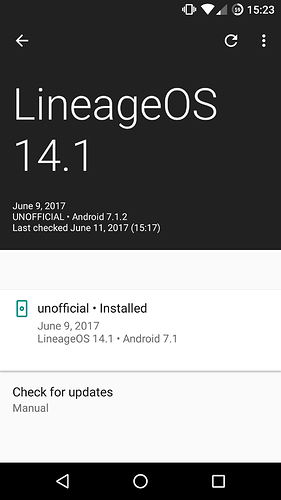 …and has already the latest security patches! 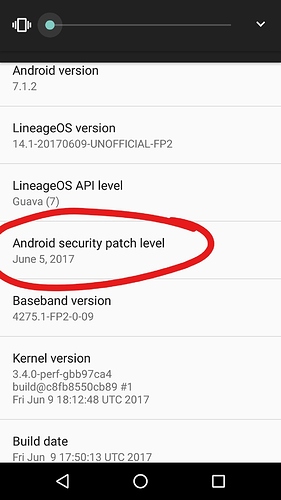 Yeah, it’s incredible !! Thanks a lot !! Just a question : I didn’t do it because I don’t know if it will break the phone (and the guide say @z3ntu is not the official build) , but is it possible to install the official TWRP app (and install it as a system app) ?

First of all, I’m the maintainer of the official TWRP version

See Maintainer on https://twrp.me/devices/fairphone2.html .
Secondly, the only change between the latest build and the one linked above is this change: https://gerrit.twrp.me/c/2508/ (which basically makes TWRP look for updates on that partition). So yes, it’s safe to use

@snevas thanks for the explanation. Update went smoothly.

Indeed, as @darioce said, after restart, booting takes up to five times as long as usual.

Second boot was back to normal time.

The longer boot time is to be expected because Android is “collecting certs” after they have changed / on the first boot.

Also changes from @chrmhoffmann’s build are merged into the WeAreFairphone repo.

Hello !
Does that means all the (current and future?) changes of chrmhoffmann are automatically merged into the WeAreFairphone repository, or this somehow is a process done manually by an admin?
Chris released a new release yesterday (lineage_FP2-ota-2017-06-14.zip), could I get the new features with the OTA Lineage Updater process described here?

Thank you for your work,
Olivier

It’s a manual process; we want to be able to check each commit that comes into the WAF-repo’s. But we are up to speed now and there is a build currently running: https://fp2.joutubes.nl/jenkins/job/FP2-LineageOS14.1/11/consoleFull

So if you check the updater in a few hours there will be a update with all the recent changes Chris made.

My questions about this might to be more suited on the dummy post but because I already have OpenGapps installed, does your comment mean I would be reinstalling it? Also, what does that mean for app data for apps downloaded from the play store?

When updating this release it’ll preserve OpenGapps, so no need to re-flash anything. Only the updater is necessary. Also all app data is preserved. (This is because OpenGapps adds a addon.d-script which LineageOS runs during updates)

When installing this release for the first time, you do need to queue Gapps when you want it.

The OTA update went smooth.
This is really great work.
Thank you so much!

I can confirm that WiFi Hotspot does actually work now!

3 posts were merged into an existing topic: Using LineageOS on the FP2

I have installed LineageOS 14.1 today following the steps in the first post and so far I am quite impressed. Thanks to all who made this happen!

I have installed the latest build OTA. But the automatic (daily) check of the updater notifies me of a new version, that is already installed.
Do you have the same behaviour?

I get the same behaviour on official LineageOS devices like Moto G and Moto E (I’m still running FP Open in my FP2).