LineageOS is an alternative operating system that is based on Android. At the moment it is the only option to get an Android-7-based #dic:rom on your Fairphone 2. An Android-8.1 -based release is in the making. This was mainly made possible by @chrmhoffmann, who did most of the porting, @snevas, who set up the OTA build server that facilitated updating to this point, and these great people.

PS.: Browse the tag #lineageos for more info on LineageOS.

PPS.: See the statistics chart by clicking the downwards arrow below (statistics taken from here):

Spoofing the statistics-call-home to make the Fairphone 2 #1 also allowed?

Spoofing the statistics-call-home to make the Fairphone 2 #1 also allowed?

Come on, that would make the challenge too easy, don’t you think?

If you like challenges, we can also propose a download challenge for Ubuntu Touch to mount it in the statistics…
On https://stats.ubports.com Fairphone2 is on the 7th place out of 11 devices… (to understand which device is behind its nickname: devices.ubports.com)

New stats are out!

On https://stats.ubports.com Fairphone2 is on the 7th place out of 11 devices… 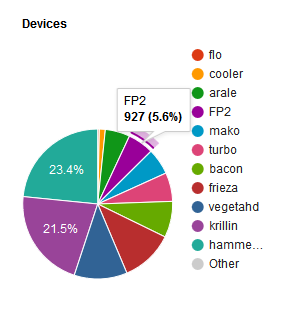 Updated stats and a new challenge in the first post. 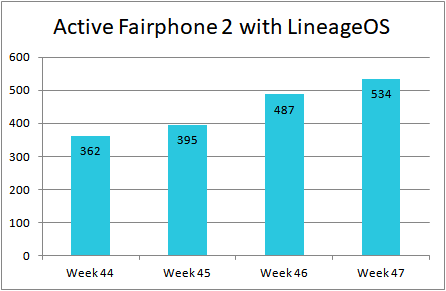 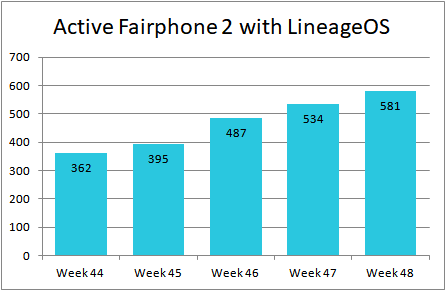 @Ingo, Could you or someone else update the first post again?

Uff, that was close! 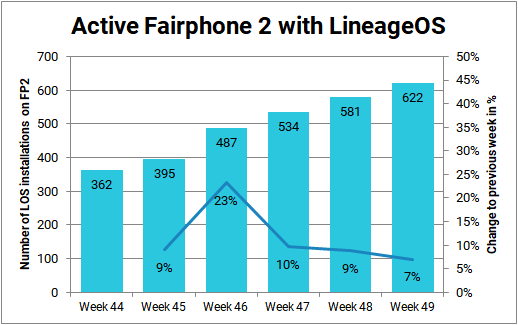 Do devices running the microG fork count into that number?

Fairphone 2 has become an evil phone: 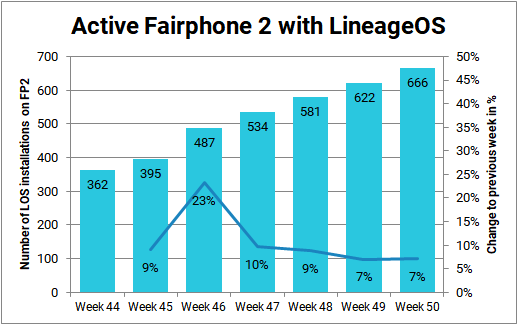 At a constant growth rate of 7% we will reach 1000 active users in about 6 weeks (mid January).

Edit: At 1000 users we get detailed statistics about the version in use and the country of the user.

Perhaps people move away because the device is not supported anymore.
But how does LineageOS count an “active install”? By phoning home?

The official statistics page defines the counted devices as “active installs”. I assume that those are installs that are calling home to look for newer updates.

Perhaps people move away because the device is not supported anymore.

Ah, that must be it!

Meh, the design of the stats page has changed. Mainly they are now just using the nicknames instead of the “human readable” names of the phones.

But we made the top #300! And it seems we passed the OPPO Find 7s which went down 28 installs. 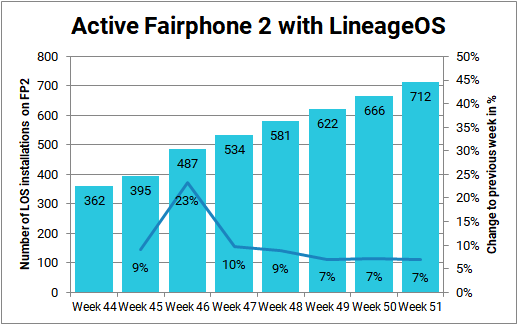