Actually Intel ME can only be disabled, not removed. The CPUS of those computers are quite old and never had Intel ME in the first place.

Intrigued to see the FP3 released, but I will definitely be staying away. A key reason I bought the FP2 was to reduce the environmental impact of my electronics. Unfortunately…

I’ll follow the response to the FP3 with interest, but given I’ve had my money-sink of an FP2 for three years and am now in dire need of a replacement, I just can’t justify the risk.

As pointed out in the FP3 Canada thread, much of the written portions of the support page seem to potentially be holdover text from FP2 information, and there are some discrepancies with the spec page. Is it possible, that while not FCC approved, the FP3 may still function on carriers with the given 4G bands (akin to how an imported Xiaomi, Oppo, etc device would)?

Just ordered my Fairphone 3, the adventure continues. My FP2 is relatively stable, not many issues, but only the left part of the digitizer of the screen has given up (several attempts to clean the contacts didn’t give any result. Question to myself was: get a new FP2 screen or buy a new FP3. I chose the latter and want Fairphone to continue. For a small company they are doing a lot of work like keeping the OS up to date. The FP2 will return to Fairphone and perhaps will serve a second live with a new screen or used as spare parts.

Perhaps of interest to some: My SanDisk Ultra microSDXC UHS-I A1 400 GB works not just in my FP1U and an FP2, but also in the FP3 – at least for simple music playback: 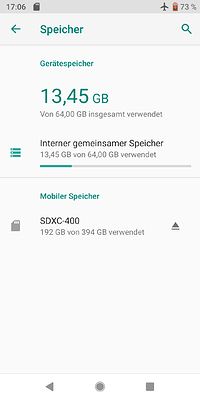 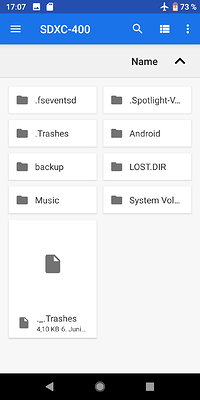 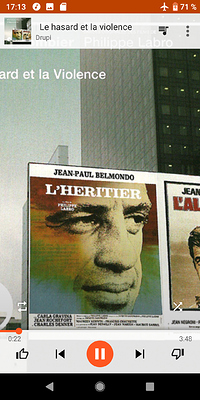 Please bear in mind that the only testing I have done with it was checking that the card’s contents is properly displayed in the Storage settings and that it plays back an arbitrary choice of music.

No. It’s USB 2.0. Click on the arrow icon in the technical specifications and it will give more details. Most devices with USB C are USB 2.0, including flagships. This is not a priority for most people.

I’m really happy about this. It’s of course still about 1.5 years behind the current developments, but the comparison with the Pixel 3a is sweet! My FP1 changed my approach to photography, and the camera was (pardon my french) a potato. For a lot of people, the FP3 will thus really make a difference. I know a fistful of people who had dumb phones and switched to smartphones quite recently, mostly to handed-down iPhones which are becoming less usable by the month. I’ll pass on that there is a more ethical alternative to a new standard smartphone, and with a good camera, and a quite decent OS. 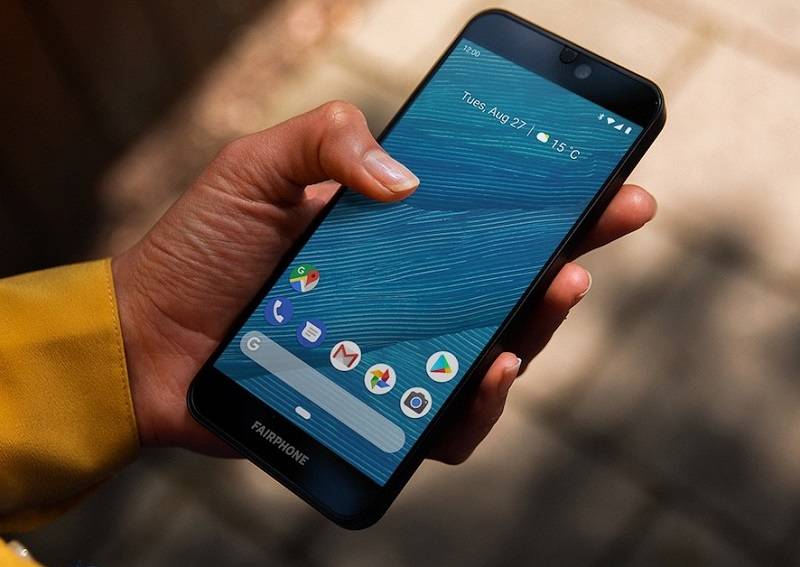 Want an ethical smartphone? Fairphone 3 is on the way – but tiny market share...

'A more ethical, reliable and sustainable phone' – but is anyone buying?

Thanks for pointing that out, that is good news isn’t it! Fingers crossed

I think we need to get this USB 2.0 or 3.x thing clarified - I’ll ask on Facebook, I hope they’re still checking the AMA thread!
Cheers

@urs_lesse
In the FP-shop I just saw, that there is a little QR-sticker on the back of the display module next to the numbers “DA191 / 162B6”. The same goes for all the other modules.
Just out of curiosity: Have you checked this?
What’s it’s purpose?
Does it just take you to the spare-parts ordering page for the part or do you get more information on this phone-part, like what materials are used (including background info), where it was assembled etc.?

Right now I’m a bit in stress and would like to take things slow here, sorry

Maybe one of the other meetup hosts (Stuttgart, Gotha) will be able to test this sooner.

sry, I had to look it up and leaving it here for others

Phrase used to describe the fact that it is easy for one to be knowledgable about an event after it has happened. IE: An individual has a realization about the event that should have been obvious all along, yet they didn't catch on because they were...

I was compiling a FOSS and/or fair hardware list the other day, but haven’t posted yet. Could be useful for a wiki post (or on Git). IIRC @paulakreuzer made one for smartphones.

I also saw an effort like this posted on Hacker News, but I haven’t had time to check it out yet.

It feels to me that the FP3 is really the perfect phone.

It has fair trade mark for gold, there is great rapairability with even more modules.
The design in terms stability has greatly been upgraded, with a lot more screws and better module connectors.
The impact for who actuly are able to buy it, 100 €cheaper, that is an over looked achievement I think.
The circular aspect is ready for this century and they are event makeing licenses of hardware tests with a company, super.
50% reused copper, 50% recycled plastics, that is so well thought through! This is what all future products should strive for, more reuse of materials.
2 phones In one, with the estra sim, saving so many more phone not being produced.
And people who made the product are even payed better then before.

Well done Fairphone, looks like a lot of great work has been done to this phone.

For the record: The FP3 (that Fairphone has lent me) will boot with all four small modules unscrewed (top, camera, bottom and speaker) and taken out of the device. Please note: The FP3 refused to boot with both all four modules and all screws removed. It only booted again once I had screwed the 12 Phillips #00 screws (there will be 13 in the commercially available FP3) back into the outside of the core module. UPDATE: Actually I think it does indeed boot with the screws not back in – but the display stayed black.

Side note: It took me exactly 12 minutes for one full disassembly. The most time gets lost on 3-4 stubborn screws in the first step of disassembly – I recommend to have a thin needle or thin tweezers at hand to help with lifting the unscrewed screws out. It’s not about force, it’s just that some of the screws will eventually sit/rest in an angle at the outer end of the screw thread (after you have already fully unscrewed them) and won’t just fall out even if you hold the screw side to the ground. Gently knocking on the display doesn’t seem to help much; my vague impression is that you better gently knock at the slim side of the device to help the unscrewed screws falling out.

Be a bit more careful with screwing the top left screw of the bottom module back into place. This screw holds both the bottom module and the speaker module (not alone, but this is the only screw in the device that penetrates two modules at its fringes at the same time). The screw sits in quite a fragile standout hole that looks like it could easily tear open. When you screw these two modules back into their places, bear in mind that this screw must only be screwed back into place once the speaker module is already in its place and once you are screwing the bottom module back afterwards.

My tip for being careful would be to use the screwdriver that is included in the package only.

It might be small and fiddly (judging by the pictures), but that helps to reduce the force you can apply to the screws when fixing them.

Using a larger tool might easyly lead to breaking something; especially if some screws are in fragile places.
(I wonder, if some explanation to this regard is included in the instructions manual or even in a prominent place in the box.) … the speaker – sitting next to the left of the bottom left corner of the display – is virtually blocked by your hand by default (mainly resulting in a strong tickle). It’s not inaudible, of course, but rather faintly. The tickle is the main effect.

Hi,
As you already can use a FP3, could you give me a favor and test/answer these features/questions?

Forgive me when for now, I’m only addressing 1 and 2. I would recommend Heise’s brief hands-on video. The camera is dealt with from the 1:47 minute mark. It shows the menu and explicitly addresses RAW (closer to the end of the video). And from the device I currently hold (not own), I can confirm that there is a RAW symbol in the Pro mode in the top right corner of the display.

Looking at the photo … the other right, perhaps?