I don’t understand what you want to say.

Are you suggesting a right-hander would hold the phone in her/his right hand?

Some other point:
I just saw this picture on the shop-page. It is labeled “bumper-on-off”. So there’s some protective frame for the phone. Well, the buttons are on the left side, and I would assume the vast majority of people would press them with their thumb, so the design seems to be made for holding it in your left hand (ok, regardless of being left- oder right-handed).

We saw a few bumpers. They don’t influence the plugs and we were told they are shipping with every FP3.

Sorry to say, but I guess, that’s a rather weak argument, as it is a question of what you are used to in my opinion.
Try holding the phone in the right hand and you got your index- or middle-finger for changing volume and the thumb for switching on and off. Piece of cake, have done it myself once in a while. Otherwise smartphones would be a nuisance for lefthanders, wouldn’t they?

We saw a few bumpers.

They don’t happen to come in different colors?
Would be a waste of resources, but nevertheless a nice feature for some people to have the chance to change them according to mood.

Sorry for not being clear … I thought the photo would be showing a left-handed person, because I am right-handed, and holding the phone with my left hand appears to be a strange concept to me … but perhaps I will not draw general conclusions I can’t draw anyway and start to observe more with which hand people hold their phones

For now there is just one bumper cover, but there was talk about working on different colors for the future.

Good approach, I’ll do the same!

Try holding the phone in the right hand and you got your index- or middle-finger for changing volume and the thumb for switching on and off.

On the FP3, the power button is below the volume buttons, not at the right. It took me some time to find the right way to hold it.

OK, that’s a change.
But I guess, they have tested it with lots of different people.
Does it work with the left and right hand equally well?
After getting used to it of course.

I felt I could operate it well with my left thumb when holding it in my left hand. I was just not used to operating it with my index finger when holding it with my right hand, and it takes some more force when the protective rim is on the phone. How it feels after a few days of usage, I don’t know.

It’s not about force, it’s just that some of the screws will eventually sit/rest in an angle at the outer end of the screw thread (after you have already fully unscrewed them) and won’t just fall out even if you hold the screw side to the ground.

I had the same problem on FP2, and managed to destroy two of those threads.

You mean left-handers? Or do people who are right-handed hold their phone in their left hand?

I read the above discussion and my take on it is I thought that was only with large phones which you need to operate with 2 hands, like ‘Note’ series, or when your main hand (right hand for right handers) is in use. But I prefer not use my phone and my right hand together. It isn’t even allowed to use bicycle and smartphone anymore.

You mean left-handers? Or do people who are right-handed hold their phone in their left hand?

I read the above discussion and my take on it is I thought that was only with large phones which you need to operate with 2 hands, like ‘Note’ series, or when your main hand (right hand for right handers) is in use. But I prefer not use my phone and my right hand together. It isn’t even allowed to use bicycle and smartphone anymore.

I thought about this whole “phone in right hand or in left hand” thing again last night. I admit that testing to use it with my right hand felt ok to me as well (right-hander used to hold the phone in the left hand). So I wondered why it seemed so natural and beyond doubt to me that a right-hander would automatically use it in her/his left hand. My assumption is that this might be a generational thing – i.e. people my age or older who “grew up” on still using old landline phones with dial discs or a dial pad (not even sure if that’s the word) and are right-handers would probably dial with their right back then and once switching to a cell and later a smartphone just (usually) kept the habit of holding the earphone/microphone part (which is now the whole device) in their left.

But well, I’ll still observe others a bit more now regarding this thing

Not going to carp about price or technology - personally I think people need to understand the need to pay for what they get, and not moan about lack of 5G or some other feature we didn’t know we needed in an ethical / sustainable product.

I need to replace my FP1 (it has been wobbling for a while and has just spent two days in a bag full of rice to dry out after a rainy day of work). I’m really starting to nurse it towards its final destination of the recycling.

My ‘gripe’ with FP3 is size. Why so big? FP1 is as big as I can cope with - fits in the pocket, can be used one handed. This new one is like a tombstone by comparison. I think its about 25% bigger?

Does anyone know if a Fairphone 3.5 might be in the offing? As in something about 125mm long? You know, like the ‘compact’ version of a certain popular electronics company. Same principles of production, just smaller.

I would be happy to have something slightly slower and lower spec. For me this is too big to be practical (I don’t carry a man-bag). Sadly I might have to visit an online auction site and buy a second hand compact phone if not.

Maybe you could argue a smaller phone would have lower ‘embedded energy’ or use fewer resources? Last longer between charges with a smaller screen to power, that kind of thing…

I know there was a lot of secrecy around FP3, but it would be good to know whether I should forget about Fairphone as an option - there’s no point in me buying something ethical that simply doesn’t work for me (and I’m not saying that it’s not good enough, just physically too big to use comfortably).

Hi! I found this cool and complete video review of the Fairphone 3. I recommend you to watch it because it is very detailed and with many tests 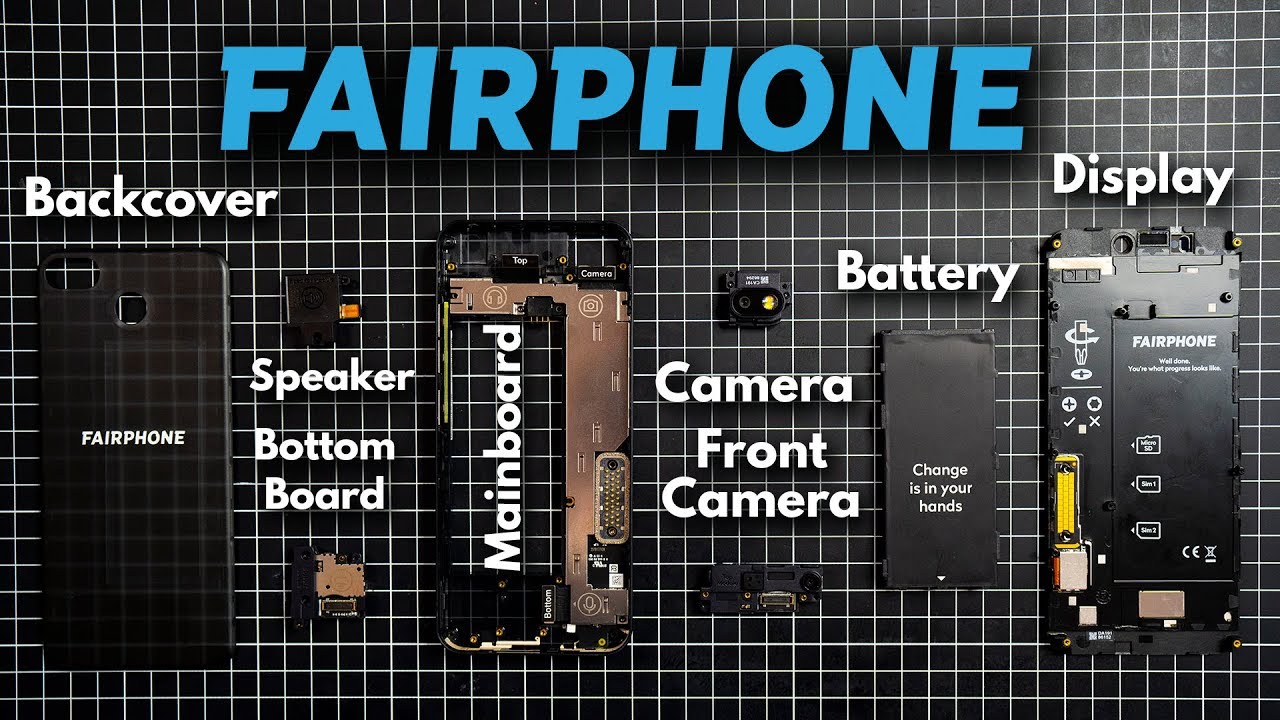 By the way, in the FP3 specs it’s said that it can record video in 1080p @ 30fps, but in this video you can see that supposedly it allows to record in 1080p @ 120fps with the rear camera (minute of video: 12:24), even when the youtuber sais that it should be 60fps in the definitive version because of a bug or something like that. 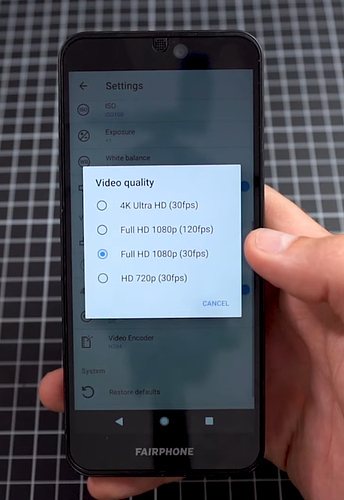 Anyone knows if the final version of the FP3 will be able to record video in 1080p or 720p in higher FPS than 30? It would be really nice

Hm, what I used to do with phones where you had to dial or push was hold the phone between my neck and head. For some reason I don’t do this anymore with smartphones. I wonder why

Honestly, I think I use either hand (only both with movie in landscape), it just depends on the situation.

My partner is a ‘leftie’ and she’s been using keyboards and mouses all her life. For ‘righties’.

AFAIK, 90% of all people are ‘rightie’, but there’s also people who are actually ‘leftie’ but got taught being ‘rightie’ is the correct way. Also, ‘lefties’ live in a ‘rightie’ world, so they need to adapt constantly; which they do.

Here is my take on the matter:

Sorry to hear that … and a bag of rice - tbh - was not the best of ideas either.
See the #waterwiki
I am not working for FP, not even living near there, therefore I am just guessing.
From the blog entry and the press-coverage, my assumption would be, that there is no smaller FP3.5 in the near future.
They have put much effort into the FP3 and most likely done some market research about what features and specs the phone should have. Obviously a small formfactor did not end up to be on the list, although it was asked for in this forum more than once before.
Hopefully the FP3 turns out to be quite successful and thus pave the way for a two phones strategy.
But maybe other gadgets like a tablet will still be higher prioritized, as I have read in one article, that Bas van Abel talked about developing other fair electronic devices to make an impact on the whole industry.
Found it:

While Fairphone has had a singular device focus to date, van Abel says it’s thinking about applying its hard won learnings around electronics supply chains to other types of consumer devices — suggesting ‘Fair’ could end up as a brand prefix atop an assortment of consumer gadgets.

Source (at the end; but the whole piece is worth reading): 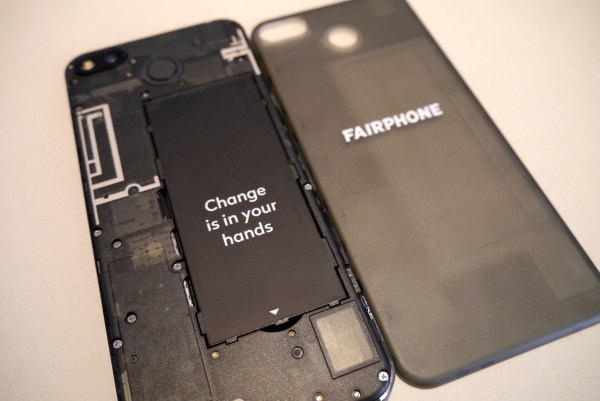 Thanks @BertG - I know rice isn’t the best, but it is easily available when in a remote place and in a camper van, whereas a dry space or silica is not so easy

knotted dog poo bag in my pocket for a couple of days was the best I could do - I didn’t take apart except for the battery. It’s working again…

But back to topic, I’m guessing you’re right about the chances of a small FP3 - I did advocate small form factor during those ‘discussions’.

So I think sadly its divergence time for me - in the RRR spectrum, I will try the middle R, having used the first and last to keep my FP1 going for 5 years! I have Reduced and Recycled (cannibalized other FP1s), so now I will probably Reuse a compact phone that someone else doesn’t want…

The sims of the Fairphone 3 both will do 4G.
With the restriction that onle 1 sim can do data.