Upon playing back videos that I record on my Fairphone 4, I notice a strange artefact with the audio, especially when recording in quiet surroundings or with persistent background noise.

Specifically, the audio in the video seems to automatically duck or reduce in a fashion similar to automatic background noise reduction on conference/video call software such as Zoom (I have several examples if useful). Noise and sound that I actually want to capture - waves at the beach, the sound of passing traffic - are almost immediately reduced in level, almost as if the software in the phone deems the noise as unwanted and tries to filter or equalise it out of the video.

While this doesn’t seem like a super drastic issue, it’s incredibly frustrating when attempting to record a video where I might actually want the audio in the video to be a persistent sound. For example, my wife is a gong player and upon attempting to record the sound of the gong or her singing bowls (a kind of standing bell), the audio is reduced to almost nothing after less than a second of video recording, rendering the video utterly pointless. At first, I thought I might have been covering one of the microphones with a finger, or that one/several microphones might not be working, but after testing them using the ##2886## test feature, all three microphones work without issue.

I’m wondering if there’s a background noise/noise reduction setting in the camera app that’s kicking in whenever I try to record a video. Ideally, I really want the phone to record audio without making any automatic adjustments to it.

I haven’t noticed such an aggressive behavior myself, but yeah, it could be noise reduction. Does the same happen when you record a video using some alternative camera app like Open Camera? Or when you record only audio (for example using Audio Recorder)?

Thanks for your reply and suggestions

I’ve just tried Open Camera and Audio Recorder. The audio on Audio Recorder is very good with hardly any loss of quality and certainly no ducking/automatic noise reduction. However, the results on Open Camera seem pretty much the same as the standard camera app.

My wife ordered a Fairphone 4 at the same time as me and we tried using her phone in the same way in case it was my phone that was at fault, but hers returned the same results: a very sudden reduction in volume level after approximately 1 second of a video where the background noise is predominantly road traffic (i.e. assumed to be unwanted noise).

Generally, the sound quality that accompanies any video is VERY bad compared to the Audio Recorder app (unless the noise level is high), or a dedicated handheld recorder such as a Tascam or Zoom, which really surprises me. I wasn’t expecting this aspect of the FP4 to be fantastic, but was certainly expecting more than this

I would #contactsupport as its likely this can be fixed with an update and when Fairphone is not already working on it) they might put it in their to do list.

Thanks for your suggestion, I’ll drop support a line.

Maybe you will give that one a try: 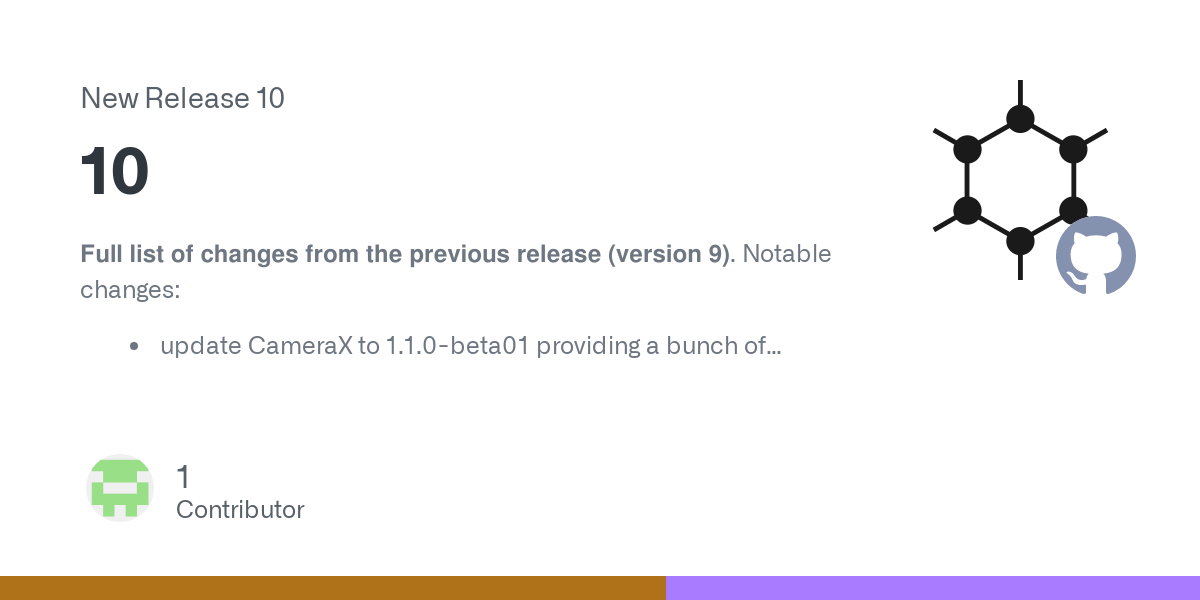 Full list of changes from the previous release (version 9). Notable changes: update CameraX to 1.1.0-beta01 providing a bunch of improvements which are partially documented in their release notes ...

Btw is it common with Android to use a different camera app than the default one? Up until December last year I’d been an iPhone user for over a decade so this is all quite new to me. Android seems a little more hands-on, which I like, I’m just very inexperienced with it.

A lot of people want the algorithmic photo filters etc. Google reserves for their Pixel line, so they install modded versions of GCam on their devices. Or apps like OpenCamera and the GrapheneOS camera to take the FOSS route.
If you want to use all of the lenses / functionality built into your FP4, that’s only possible with the official Fairphone camera app for now.

Thanks for your response. My main concern is the quality of audio in recorded videos, which at the moment is - in my opinion - very bad. When you say the official Fairphone camera app, that’s the one that came pre-loaded with the phone, right? (the grey/white camera app on the right)

Yes, that’s the one

Great thanks, and apologies if that seems absurdly obvious: I’m basically learning Android from scratch

Upon digging a little further with Open Camera, I’ve actually been able to find a workaround. The settings of Open Camera are fairly detailed, and the Video Settings panel actually allows the user to specify the audio source as:

Selecting ‘Unprocessed’ as the audio source and then recording video with Open Camera yields the results I was hoping for. As the setting suggests, audio is unprocessed and hence there is no background noise reduction, unwanted audio ducking or the like. The ideal situation would be for this audio setting to exist in the standard FP4 camera app, so until it does, I’ll be using Open Camera to record videos.