Yet another thread to Sailfish OS

The FP2 community created a great post on how to install the current alpha Sailfish OS on the FP2. Some people already did that, and posted their experiences here. However, the thread is closed, and the moderators think it would be confusing to re-open and continue there (as the thread went a long way, covering many issues before getting to experiences), which is why it might be better to start a new thread on experiences with Sailfish on FP2. So here we go …

I have tried Sailfish OS for a couple of days and I have to say, I really liked what I experienced.

From using it is seems clear to me that currently it is more a preview, as some (at least for me) important things didn’t work, particularly the dual SIM support, which is important for me.

Anyhow, I think the “feel” of OS is pretty nice. I found it quite intuitive, just a few hours of usage and one gets around pretty well. A little ambiguous I felt about the fact that the GUI is quite coherent over different apps and the OS itself. While this is nice and provides a feeling that the overall user experience is less fragmented (than in Android, for example), it is also something one might need to get used, as sometimes I really had to think am I now typing an email or a text …

Anyhow, in general I liked the consistency of the GUI. Apart from that I really liked that carddav & caldav are natively supported. Also a couple of apps I need where available from the jolla store (e.g. owncloud sync, mpd client, kodi client, …), so basically also with the available apps I think I could live. Only thing missing I think would be Signal, but I read that that’s in the pipe.
The installation as described in the WIKI worked flawlessly for me, so the installation already is quite easy and straightforward.
What I also was positively surprised is how fast it boots compared to Android, really nice!

If dual SIM and camera would have worked, I probably wouldn’t have switched back to Android for now. But here we go with things that so far (for me) didn’t work.
It already states on the developer site that dual SIM & exchange mail won’t (the latter I need for my work). Moreover for the camera did not work (I figured now, this is due to installing SF on top of FPOS 1.2.8). Also adaptive brightness did not work (and turned the screen black when activated). Proximity sensor during calls did work though (cause it’s stated in the developer notes it may not). Some of the known bugs from FP-OS I experienced to some extend: The glitching display was only visible in the webbrowser. The “flickering display under low brightness” issue seems almost gone, only under very low brightness I could experience it.

So, to summarize: I really liked what I experienced, but for me it is not yet ready. I think the devs did a great job and I am very much looking forward for a more functional version, or maybe even a commercial version with Alien Dalvik, Microsoft exchange etc. I think for me it really may be a welcome alternative to Android.

Hi all,
I installed the Sailfish OS community build on my Fairphone (OS Version 1.2.8) according to the provided manuals last Saturday and I’m pretty impressed how fast and stable the build - and Sailfish OS in general - already works. I was always interested in seeing Sailfish OS running on my Fairphone in real.
So a big thank you to all people, who are involved in this project!
However, I can confirm the problems that the camera/flash is not working now. Once I had some strange problems with the screen as well, the screen became black (seemed to became locked) even while I was touching it/taking actions all time. I could not unlock/reactivate the phone later, but after I restarted it everything worked and I didn’t have this problem anymore.
I also really hope that there are some commercial licensed parts included, especially the possibility to sync my Calendar/Contacts/Mails with Microsoft Exchange, since this is essential for me, if I want to use my Fairphone with Sailfish OS in my everyday life.

So a big thank you and hopefully I can hear some news about the mentioned points above (from the official side?) for this great OS on Fairphone soon.

It’s pretty easy to fix the camera (and any media playback) issue which occurs after flashing alpha1 version on top of 1.2.8 Android:

Download Android 1.1.7, use “fastboot update” directly for that zip file, wait for the phone to boot, then enter fastboot mode again and flash Sailfish OS on top of that. A step-by-step can be found here

Thanks, I followed the steps in your linked manual. Tested it, camera and mp3 are now working 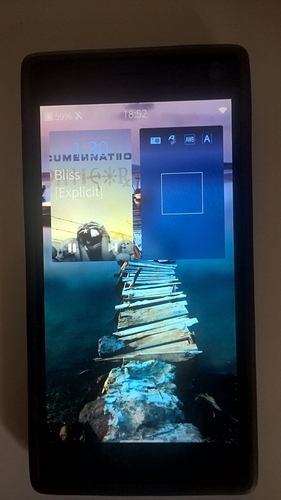 Correct me if I’m wrong but Alien Dalvik is not include.

I use a Jolla OTH as my daily phone and I can say that it’s not very useful without Android apps. Multitasking with Android apps isn’t very good with it but they are what gets me by. The big ones are Facebook, Evernote, Google Maps, Nokia Here, Airbnb, booking.com, flightstats, Amtrak, skyscanner, kayak, yelp, kindle and skype. I could use the SailfishOS Facebook but it only does half of what I need on FB. There’s a SailfishOS Evernote that works for the most part. Mapping I could probably use the built in maps although they’re not as good. The rest don’t have an equivalent for.

I’d say 50% of the functionality of my phone relies on Android apps. I would love to go to a newer, more powerful phone that connects to North American cell networks at a decent speed but I don’t think I can give up my Android apps unless there’s a surge in native apps.

Also a couple of apps I need where available from the jolla store (e.g. owncloud sync, mpd client, kodi client, …), so basically also with the available apps I think I could live. Only thing missing I think would be Signal, but I read that that’s in the pipe.

Re: Signal: The thread you linked to is a bit confusing; I think it’s referring to an effort that makes the Android app more usable on Jolla phones (by removing Google dependencies) - “Signal Jolla Edition”.
However, more relevant to FP2, there are at least two efforts to build a native Signal client:

Currently, it looks like Whisperfish is more advanced, but not yet packaged, so I’m using Sailsecure for the time being. Note that neither is official and both are very early versions.

This together.jolla.com suggestion is also relevant.

Looks great !
I love the beauty and simplicity of it, everything is graphically beautiful and simple.
However, I can only make “emergency calls”, did i miss something ?
And is there a “home” button ? to leave an app, i need to switch off then on again.

However, I can only make “emergency calls”, did i miss something ?

I’m pretty sure the tutorial app explains how to dial normal numbers. Is your SIM card in slot #2? at the moment only 1 SIM card is supported in the FP2 port.

And is there a “home” button ? to leave an app, i need to switch off then on again.

Just swipe from either the left or the right edge of the phone inwards.

Thanks ! I got it for the swipe, I think when you get used to those “gestures”, it becomes very elegant to use.

For the number dialing, i think i’m figuring out how to dial a number, but I stay limited to emergency numbers. Like if my SIM was not renognized, though it’s in slot 1, but I wasnt prompted for my PIN.

You could try to put you SIM in another phone to see if you’re asked for the PIN and then disable the PIN-function. 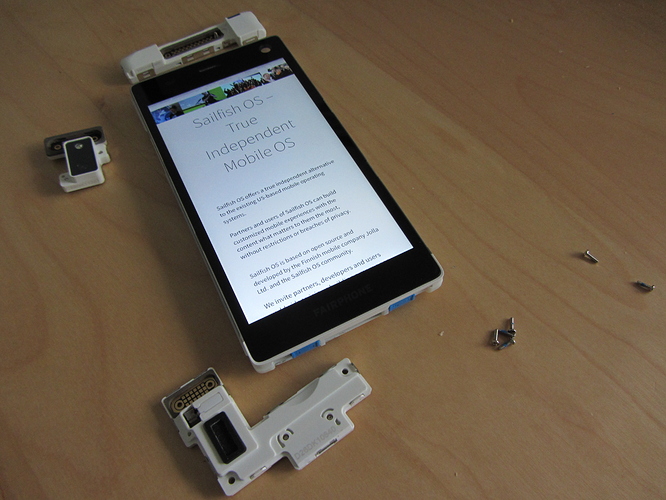