The /e/ foundation plans to support the FP4 “by the end of the year”:

Now that FP4 is out /e/ is definitely planning on adding the phone to our list of supported devices. We have initiated the process to get devices across to our porting team. The porting activity usually takes about 2-3 months. We expect to onboard...

In a second step, /e/ will probably offer the FP4 with /e/ pre-installed, too (this will probably come with a little extra premium on the price given /e/ needs to do this manually).

Yes, /e/ foundation is a valuable partner for Fairphone & our aim is to be ready for commercialization by October 25, which means /e/ being compatible with FP4 & /e/foundation having stock to sell it pre-installed.

@Fairphone
@deivei @e_mydata Yes, /e/ foundation is a valuable partner for Fairphone & our aim is to be ready for commercialization by October 25, which means /e/ being compatible with FP4 & /e/foundation having stock to sell it pre-installed. 🌿 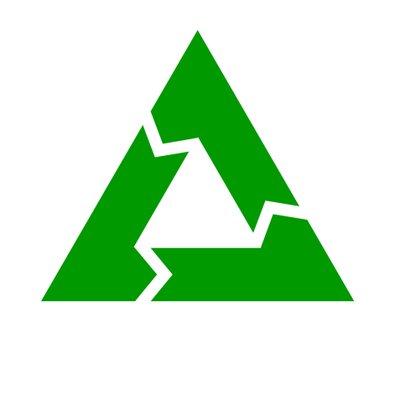 Some patches are sent to be included in the mainline Linux kernel!
That means that, in the future, it will be simpler to build platforms supporting FP4.
But this is the beginning…

Really interesting! It’s nice that @z3ntu made this

Reading this page, I learned that Snapdragon 750G is almost the same as Snapdragon 690, that’s why the first leaks anticipated the FP4 with a Snapdragon 690 processor

As we discussed in private, we discovered after some poking on the Xperia 10 III and FP4, Qualcomm decided to use the “lagoon” codename for at least 3 SoCs, two of which are 6350 and 7225, with the third (and possibly more, eh…) yet to be discovered. For now we can tell the max GPU clock is over 50% higher on the 7225, but we’ll get to know more differences as we progress forward.

Since /e/ is a fork of LineageOS, does a release of /e/ for the Fairphone 4 mean that LineageOS will be available as well? Or at least make it very likely?

There is already a thread FP4 and LineageOS

Thank you, Zebrafax. I’ve already found and read the thread you mention. My question was about /e/ and LineageOS, which, in my opinion, fits the topic “Google-free Android” quite well. I will keep an eye on both threads.

Since /e/ is a fork of LineageOS, does a release of /e/ for the Fairphone 4 mean that LineageOS will be available as well?

That’s the way it went on the Fairphone 3, and LineageOS for the Fairphone 4 is already in the works without /e/, too, so one way or another it is very, very likely that LineageOS will be available.

I am totally pro google free Fairphones, but want to mention the following:

Please keep in mind that Fairphone can only provide support for devices running on Fairphone OS. This information is also stated in our warranty and is accessible to you in our legal section.

In the past, we offered Fairphone Open for our devices. Fairphone Open is an OS without pre-installed Google services. Unfortunately, you will not be able to run Fairphone Open OS on your Fairphone 4. Yet. To keep updated on this subject, subscribe to our newsletter or check our official alternative software page regularly.

This is true, but honestly, not a huge deal.

Most other manufacturers won’t let you run other ROMs and those that do often don’t let you switch back. Fairphone just insists that if something seems broken and you want to send it back in for repair you confirmed that it is also broken on Fairphone OS and not just on whatever custom ROM you want to use.

Given you can always switch back to Fairphone OS, it seems reasonable to me and is definitely miles ahead of all other smartphone manufacturers.

You are right. It’s much more. Just wanted to mention that

As a Google-free Android is not available yet for the FP4, the following thread, which has some information on de-googling the pre-installed OS as much as possible, might be interesting: I want as little Google as possible on my Fairphone 4!

Does this mean that Android version updates wouldn’t be supported on /e/?
What about software updates for the camera?

Hello and welcome to the community. This was just mentioned as workaround until Custom ROMs like e/OS are available.

" If you are an advanced user, you will be happy to know that you can unlock the bootloader of your Fairphone 4 to install an alternative operating system such as /e/OS. (Until we publish the support page, you can have a look at the instructions for Fairphone 3)."

Naive Frage: Does this mean that you could install the eOS for FP3 on a FP4?

No, that’s only the instruction on how to unlock the bootloader, which works quite similar.

Thanks, I guessed so - so let’s wait until eOS becomes available.