But to my suprise it’s still functional (after loading the battery which would be another problem – similar to Battery problems (wrong charging status / battery might be dying)). – Oh, except of the camera app (and the gallery app, too)! And also another “external” camera app do not work! After starting the camera – or here the gallery app – they crash: 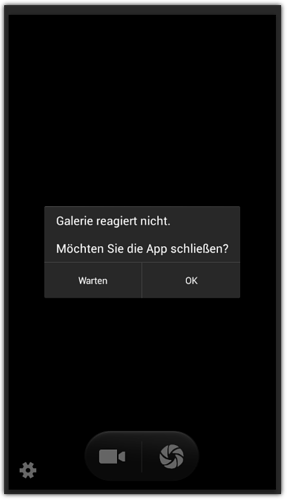 So maybe I have to replace not only the front coverage/glass and the camera glass, but also the camera itself – or is there any chance to “resque”/re-enable the camera?

Thanks for your help!
webaschtl 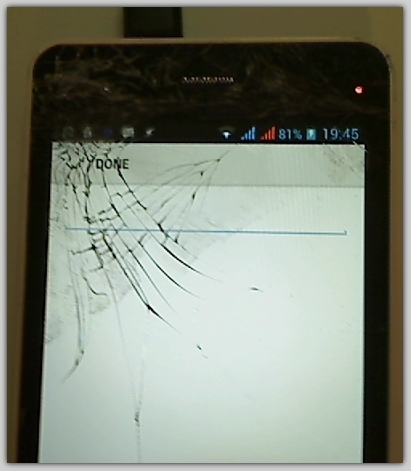 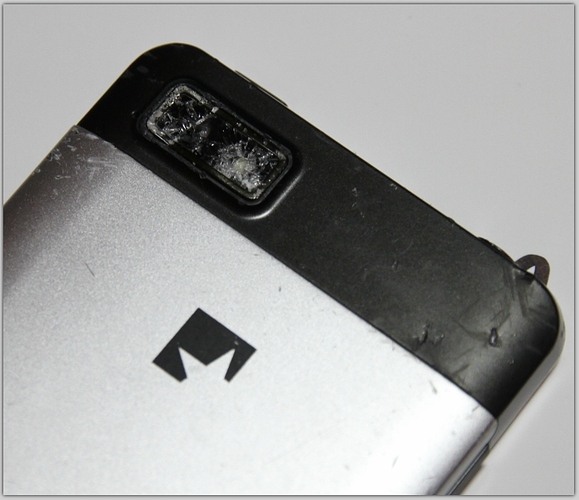 … some larger, more detailed photos of my damaged FP1 – “inside” only the apps using the camera, e.g. Gallery, do not work, they crash after some seconds, interactions are not possible (e.g. taking a “black” picture).

Any chance to get my Fairphone work “as before”? Or is it something for “tinkerers”? 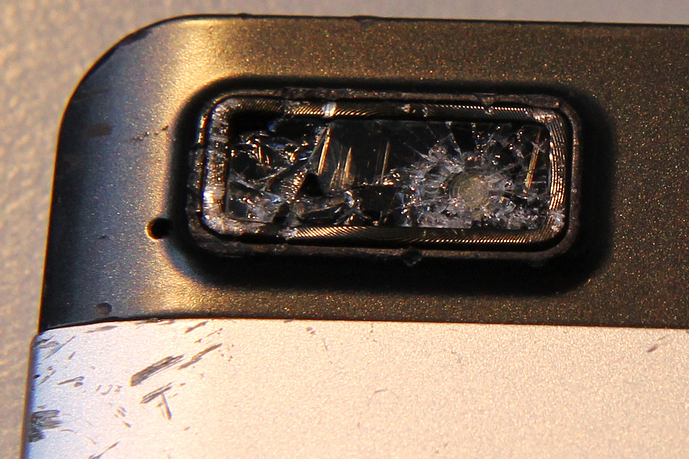 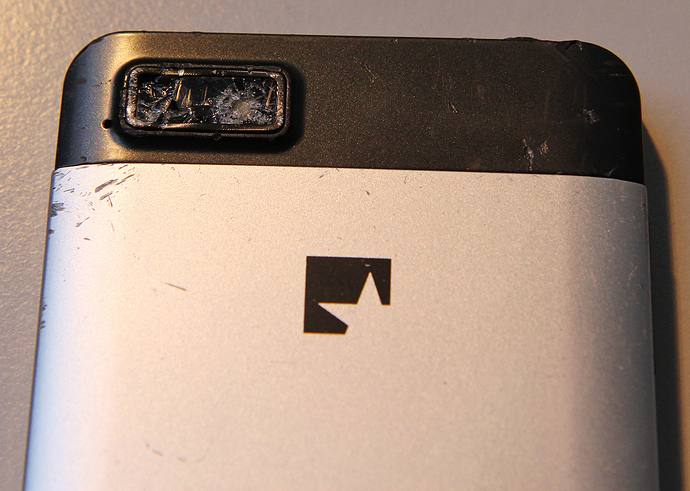 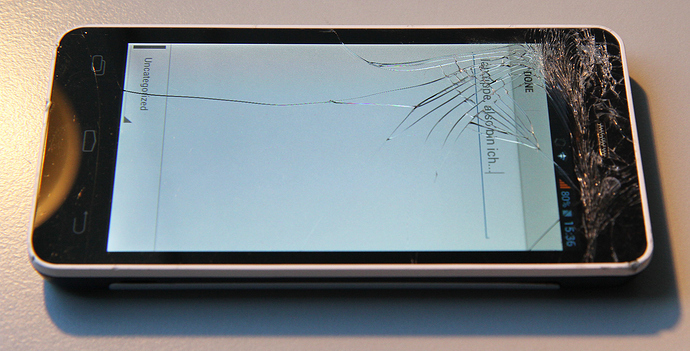 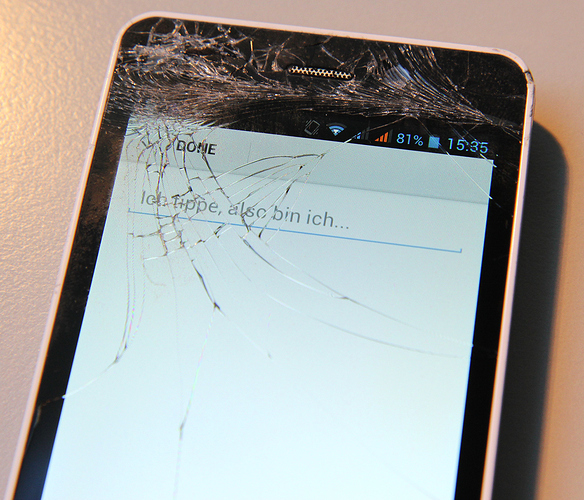 The camera glass is part of the midframe which is a quite affordable spare part. The main camera itself costs a bit more, but the front glass can only be replaced together with the display which costs 70 Euros. See http://shop.fairphone.com/spareparts.html (detailed repair instructions right next to individual spare parts). Maybe you could perform the cheaper repairs (midframe, main camera) first to see if your FP1 returns to full functionality before you decide whether to go for the display replacement as well.

Thanks for your input!

… but maybe I can’t pay online the midframe, camera and the flash (together 40 Euro + 10 (!) Euro transportation) – I have to ask the support again. And have to wait again, too…

Hmm, we will see… It’s not a happy pre-christmas so far

as described here the http://shop.fairphone.com/midframe-1.html of my FP1 was completely damaged

But all apps seeme to work – except for the apps which uses the (rear) camera module, e.g. the app “Camera”

of Android.
Few seconds after starting the app it crashes (and there appears no picture, too – only a blank screen with the touch symbols of Camera).

Therefore not only the midframe is damaged, but the rear camera (http://shop.fairphone.com/spareparts/fp1-spareparts/rearcamera.html), too?
And it’s a strange behaviour that these apps crashes, isn’t it?

And last question: how can I check if the front camera still works? And if not, is there a replacement for it as for the rear camera? I can’t discover it on http://shop.fairphone.com/spareparts/fp1-spareparts.html

how can I check if the front camera still works?

Try testing mode. It has camera test options; there may be useful hints about what to expect in the test in this topic.

is there a replacement for it as for the rear camera?

I think the front camera is soldered onto the motherboard, and is therefore not available as a separate component.

Thanks for your links and your help!

I testet the front/sub and the rear/main camera separately. The front camera still works. But testing the rear camera results in a “frozen system”, with this “black screen”: 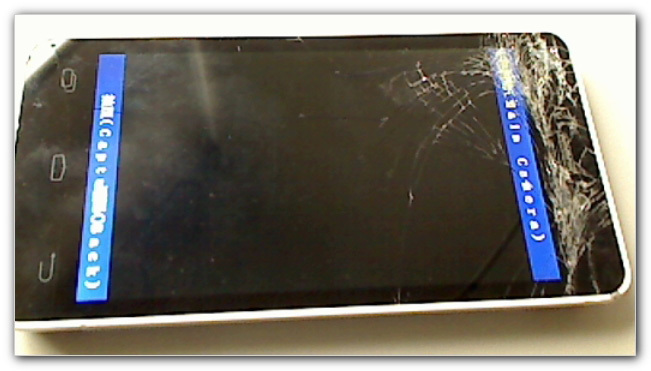 I had to remove the battery … and had to wait for an answer of the support. Hopefully before christmas yet …

But maybe replacing the rear camera, the flash, too (is it possible to test if the flash isn’t damaged?), the Midframe and the “out-of-stock

display assembly” would help me getting my FP1 work full functional… [→ correct English?]

Hmm, the more easy way (and more comfortable…) would be to buy the FP2 (but it’s likely having & using the “First Edition”…). If there are persons who want to repair my damaged one for getting a used, but “cheap(er)” FP1… Hmm, maybe this would be worth considering…

Oh, nearly I forgot: another big problem which I have since a few weeks: Battery problems (wrong charging status / battery might be dying)
… more problems than solutions :(ohno:

is it possible to test if the flash isn’t damaged?

I’d try using the phone as torch. I have a tile in the notification area that switches on the flash light as a torch, but this may be because I’m using Gravity Box. I get to it by swiping down the notification panel, and then swiping left.

just installed this app:
https://play.google.com/store/apps/details?id=com.snoopwall.flashlight&hl=de (do not need any further permissions)

But this app crashes, too (as Camera app of Android or the Gallery), just after trying to start the flash 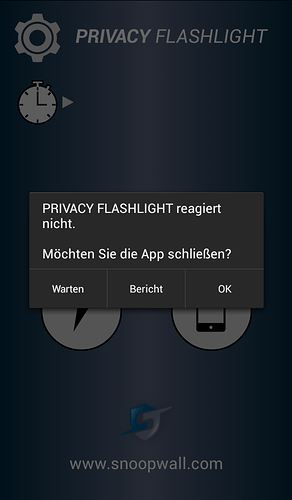 Now it’s the question if only the camera module is damaged or only the flash light (both need each other?) – or both…

… after 5 days no answer from the support team. But in the meantime the flash module was delivered, together with the midframe and the camera module – today … 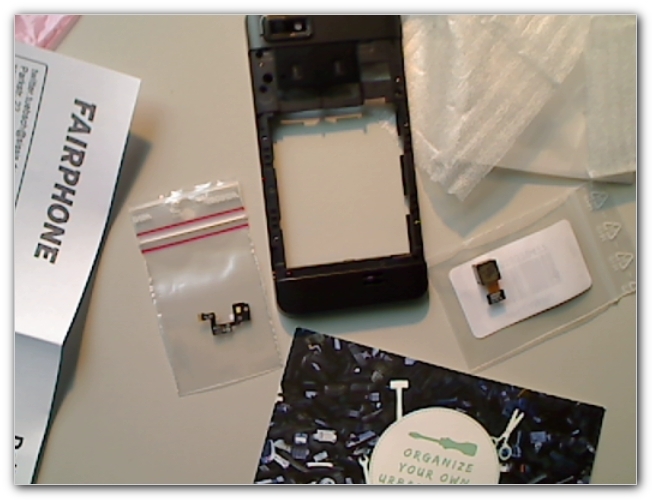 … only one thing is missing: time for repairing …
Replace the Rear Facing camera in your Fairphone. 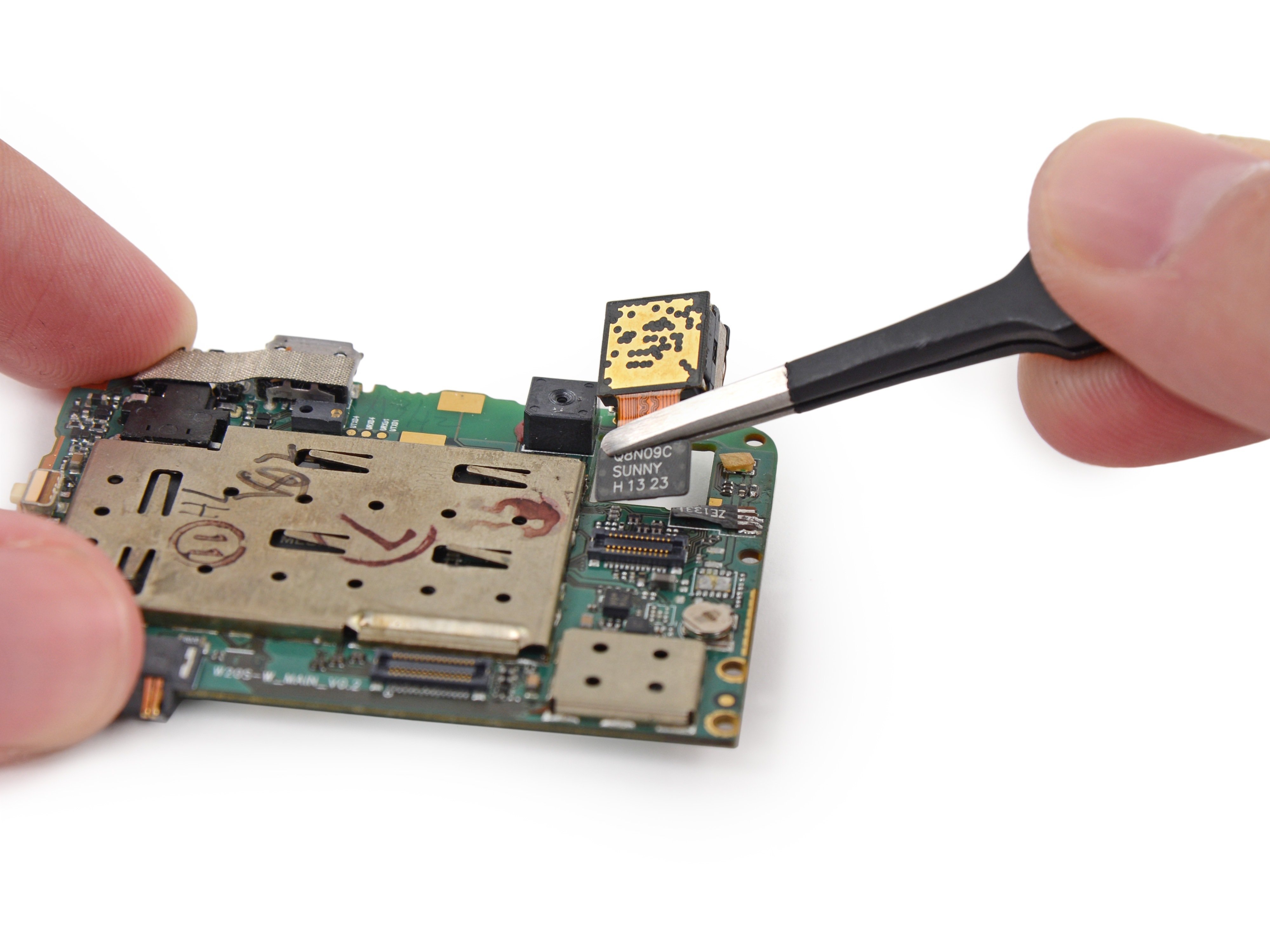 Replace the Rear Facing camera in your Fairphone.


Replace the Midframe in your Fairphone. 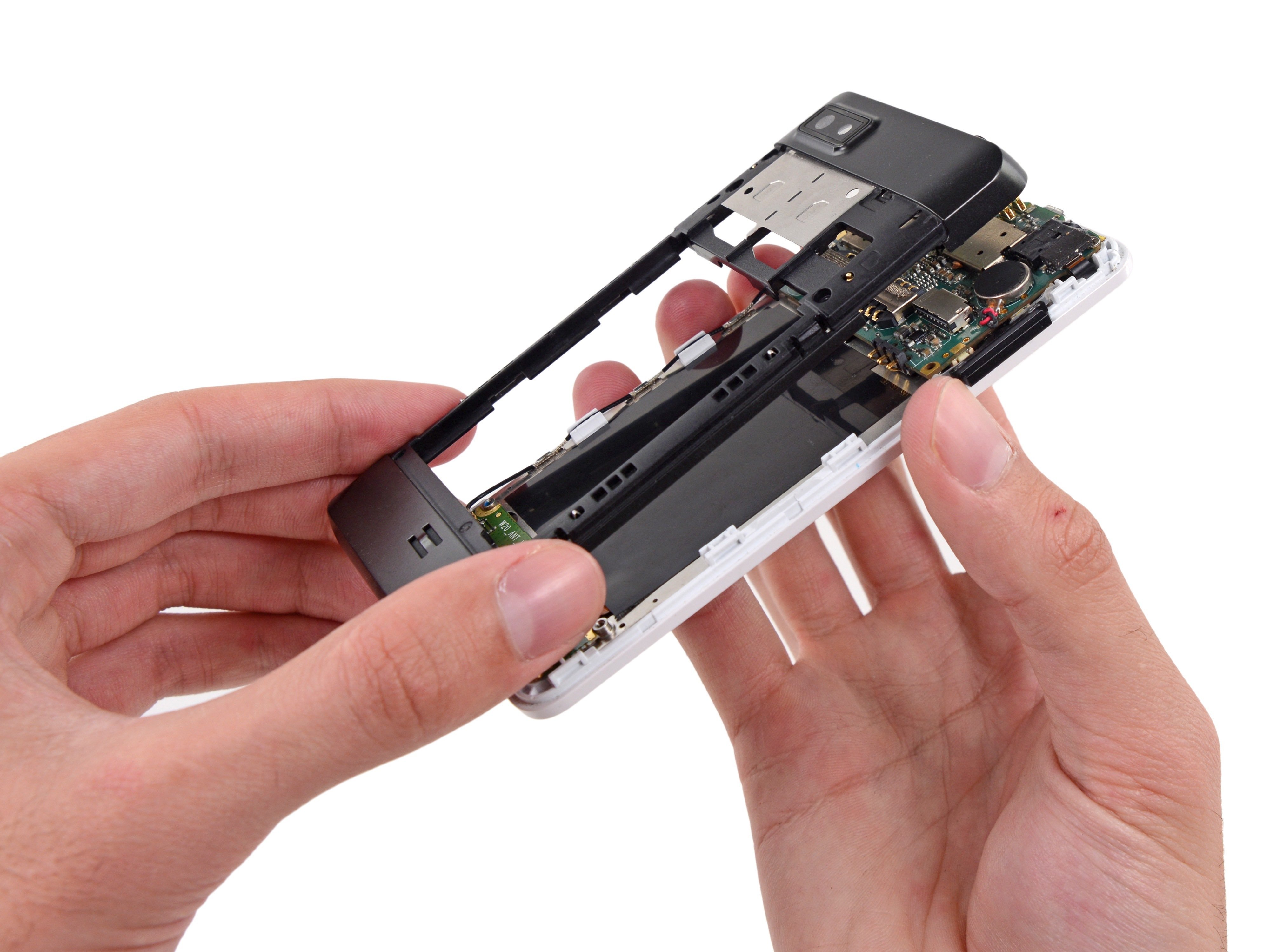 Replace the Midframe in your Fairphone.