Initial installation was done with fastboot as described here: Install /e/ on a Fairphone FP3/3+ - “FP3”
Bootloader is locked again after install.

In case you want to look at all open issues tagged with FP3, have a look here: Issues · e / Backlog · GitLab

I’ll update this post when I do more testing.

Thanks for testing and reporting this stuff!

I have a couple of questions:

At the moment I’m using Aurora Store installed from F-Droid to install apps. I don’t have much experience with /e/ so far. But there were some recent articles about /e/ saying that their app store isn’t too up-to-date (and uses Clearapk to get the files from where I don’t know if I can trust that).

But then, from what I understood they’ve just released version two of their store which I guess is meant to improve things. But then, I don’t intend to fully switch to /e/, so I stick with what I know (Google Play store via Aurora)

About updates of /e/ I don’t have enough experience to comment on that. And as I’m on the test channel, my update experience wouldn’t be representative of normal users anyway.

For specific app questions I think you should head over to the /e/ forum. There are the people who are experienced using /e/.
About banking apps: they have a howto at [HOWTO] Installing Banking Apps
But a forum search for “banking app” returns 50 hits, you may have to dig through those: https://community.e.foundation/search?q=banking%20app

Do you have any experience with /e/ on updating a device 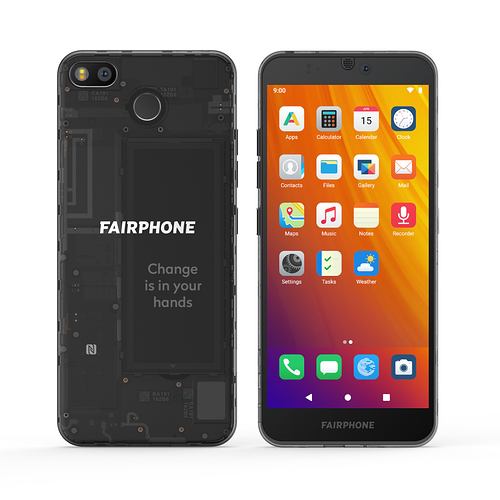 @benn we plan to have updates at least once a month to include the security patches and bug fixes. Fairphone with official stock Android might have other lifecyle.

But then, I don’t intend to fully switch to /e/

TL;DR … a few thoughts about going back to Fairphone OS, if you just wanted to try /e/ temporarily …

I took /e/ for a quick spin yesterday just to see whether I could install it (which is really easy if you are used to fastboot already), and whether it seemed to work well out of the box (which it did), and with the bootloader left unlocked (which it did), and if MyPhoneExplorer would work to restore my contacts and messages and stuff (which worked), and whether I could go back to Fairphone OS … which then was, of course, an adventure, because I was feeling adventurous

Before installing /e/ I made a full backup in TWRP of my Fairphone OS A.0118 installation, I made a copy of my Internal Storage, and I synced what I could sync with MyPhoneExplorer.
I did backup all partitions in TWRP, because for installing /e/ you flash more partitions than this here recommends for a backup …

For a normal ROM Backup/Restore cycle the following partitions should suffice:

… so I wanted to be on the safe side and see how it goes.

When I was trying to get back to Fairphone OS I just restored all partitions and ended up in the OS not booting … an effect I know from the Fairphone 2, with the remedy on the Fairphone 2 being an install of the fitting OS build over the restored installation. But no can try, because I’ve seen no A.0118 stock package or stock image dump yet.

So I thought let’s see what’s there on the other slot … changed the slot … had to factory reset … and it happily booted A.0111 (as expected from the A/B update workings).
I set up the screen lock with the PIN matching to the one I used before I made the backup and then tried to only restore my data partition in TWRP, which failed with the beloved “extractTarFork() process ended with ERROR: 255” which translates to “Something went wrong, but I won’t tell you what exactly, because I don’t like you!”

So I updated the A.0111 to A.0118 via the Updater, which worked, and tried again to restore my data partition, successfully this time.
A.0118 booted and data was back. I copied Internal Storage back and synced my stuff over with MyPhoneExplorer and everything is just working fine as before, just on the other slot now.

I made a copy of my Internal Storage

How exactly? I’m asking because related questions came up in the /e/ forum: FP3 + encryption

Else I would simply connect the phone via USB to the computer when Android is running, enable data transfer, and copy everything to the computer a file manager (e.g. Explorer on a Windows computer) presents as “Internal Storage” on the phone (which requires MTP to work correctly on the computer side).

If the bootloader of the phone is unlocked already before any current backup attempt, it could also be done when TWRP is booted. TWRP enables MTP once it gets access to the data partition (i.e. once the user supplied the correct unlocking PIN/password/pattern equivalent for TWRP to decrypt the data partition), so Internal Storage can be copied via USB then, too.

If the bootloader of the phone is unlocked, I could also do that when TWRP is booted.

When I was beta testing, unlocking with fastboot and not wiping the data led to a bootloop.
But then I didn’t try booting TWRP after unlock and before wipe, maybe that would have worked.

It does … but my bootloader is unlocked already.
Good point, I’ll edit to clarify.

(I’m on the “test” channel because I’ll continue testing before official releases, which are “dev”)

No, it’s the same on test as well.

Hope it’s okay to pitch in here and add to your lists?

What works for me (in addition to Ingos list):
/Apps/

Other than that it works like a charm. Very happy here

Please define “properly working” … and which launchers did you try?

I tried Lawnchair, OpenLauncher, LaunchTime, Zim Launcher and the Fairphone 2 Launcher.
(F-Droid only)

Most crashed when I tried to add Widgets, customize any icon or when adding several icons together into a collection/box.

I’m using Lawnchair with Widgets and customised icon shape and size without a problem.

Interesting.
It crashed every time I long-tap the screen > Widget > when I scroll down to select one.
I just realized it crashed everytime the scroll reached the “Simple Calendar widget”
I uninstalled SC and now it now it works, even after I reinstalled the same App… last time installed SC before Lawnchair.

Have the impression that /e/ consumes much less energy than the stock Rom.
Furthermore, I am astonished that GPS runs very good and finds connection within seconds.
Anyway, I am very happy with /e/

Have the impression that /e/ consumes much less energy than the stock Rom.

I know that, after a real initial problem, my /e/ installation drains the battery a bit more than my stock installation did, but it’s currently not so much that I would go back to stock.

Hey there!
I think it’s really great, that we finally have a Google-free phone.
I have two really weird problems in WhatsAppt though and I don’t know whether they are related to each other:

These problems only occur on /e/, on Stock Rom everything was fine. Anyone having an idea or has the same problem?

I have installed Magisk and Xposed, but I don’t think that it is related to the problem.