One week ago I did get a mail from Fairphone.

Quote
"Our apologies for the late reply to your email. My colleague who handled this request is now on a holiday. Next to that we temporarily ran out of batteries at our warehouse so we have some delay in shipping them to customers.
I can send you a new battery from our office next Monday, so it should arrive in <****> Tuesday or Wednesday. Our apologies for the inconvenience! "

No battery, no email !
So again: only promises.

Summary till now:
-The delivered Fairphone is not according the spec. on what I based my decision to buy it. (cheaper processor)
-Fairphone did promised impossible delivery dates (according the handling speed of the first batches) and failed big time.
-Software updates where promised for the next month while it did take a half year
-After sales; lying

I understand that you’re upset, but this is just a users forum.

I cannot tell you anything about what’s going on “inside” the fairphone project. All I can see from the outside is that the FP1 was a prototype that they try to support with their limited resources, while also trying to develop a better FP2 at the same time. The battery and the usb port seem to be the FP1s weak points.

Here is what I read in the forum mostly in posts from project members:

Recently they changed the manufacturer of their batteries and the location of their warehouse. (I think mainly for easier logistics, nothing was mentioned about battery failure rates or the average live cycle of the batteries). So maybe it will take a bit longer until the new batteries will arrive/send out. But maybe these will work better and last longer? One can still hope …

The question for me is: Is it useful to only allow one kind of battery to fit into the phone? This is something that should be thought about for the FP2. But I don’t know if this was tried designwise. The usb connector at the FP2 was also designed by the fairphone project this time (the FP1 was a fixed design but really with some fair materials). So maybe those problems will be fixed with the FP2.

Like I said, I understand you, but I guess they just don’t have enough resources for everything. So they have to manage PR-wise somehow. It’s still a good idea.

I’m sure there will be enough batteries soon.

If you have access to a stable power supply or a hacker space you can try to power up your FP1 with a stable power supply (3.7V, limited to a few mAs [do not trust me, double check how to do this!]) with a self build connector and move your data/phonebook to another phone until the new battery arrives?

That’s all that comes to mind here. And also: Without a FP1 there wouldn’t be a FP2

after about three years the battery of my Fairphone FP1 stopped working. It was swollen and had lost a large part of its original capacity, lasting only a couple of hours after charging. Clearly, it was only a matter of time until it would fail completely. Unfortunately, the replacement batteries are out of stock at the moment. So I decided to try using a off-the-shelf Samsung battery I had lying around.

See this page for details and pictures: http://truthbox.ch/batteryfix.html

@Jan4: I have the same problem. I wrote the support on 8th of November and they told me
"We expect to resume shipments from our distribution partner in the week of 16 November. […] Once batteries are back in stock, we will inform you directly, so you do not need to follow-up to this email. We will email you immediately when batteries are back in stock."
Until now I didn´t get any email so I think it will last at least 1-2 more weeks until I finally have the new battery.
I just hope it´s only coincidence that a LOT of the Fairphone batteries seem to bloat after using them for only about 1 year…

Have a look to this thread:

We received loads of batteries and are putting the support team on it to package them and ship them off! This should mean that everyone who has requested a new battery should have it (safe local issues with the mailman) before the end of the week or next Monday. New orders for batteries should take no longer then 3 or 4 workdays as soon as we shipped all current requested batteries. This is probably next week the case. We apologize to all people who had to wait so long for their battery a…

@therob: thanks for the link.

I’d suggest giving them a call:

(From the support page)

Probably a good idea to have your support ticket number ready.
Not ideal that you have to chase this, I agree.

I’m very happy that after reporting my battery as bloated (it passed the spin test and the middle was thicker by 1 mm compared to the edges) on Saturday 14 Nov 2015, today I have received a new battery free of charge.

Where can I find instructions / guidelines on performing the first and subsequent charges correctly please. I’m using a FP1U model.

I apologise if this has already been answered before - just not sure where to look!

The battery guide is the place to look:

I contacted fairphone support on friday and expected a reply soon (monday) as they state “Contact our Support Team with the subject line “Bloated battery” and we will make your issue a priority.”. Well that hasn’t happend. I cannot wait any longer so I’ve ordered a new battery. I understand that there may be shitloads to do at the moment, but customers having a bloated battery should get priority treatment imho. Especially when fairphone states they would do so. I hope they refund my costs because the shipping costs are almost as high as the battery costs.

The new battery is finally arrived.

Did you think about to give them a call?
And you are sure that the replacement battery is not already shipped out to you (without a notification)?

They didn’t have my address so that’s impossible.

Yesss, everything’s sorted now. I will just wait for the battery to get room temperature. In the meantime I will study the wiki about handling the battery

It’s worth mentioning that you should dispose of the bloated battery asap, mine wasn’t that bloated so I left it in my bag as an emergency spare when my new battery arrived, a month later I happened to look at it and it was hugely bloated, too much to even fit in the phone, I’d hate for it to have burst on me.

My battery seems to be dying as well, but I still can’t detect bloating.

My question to people who can/could: if you have the bloated battery inside, does your phone still report “good” battery health? To check, please use the dialer, type in

BTW, while loading via USB/PC connection, my battery currently shows a temperature of 32°C. 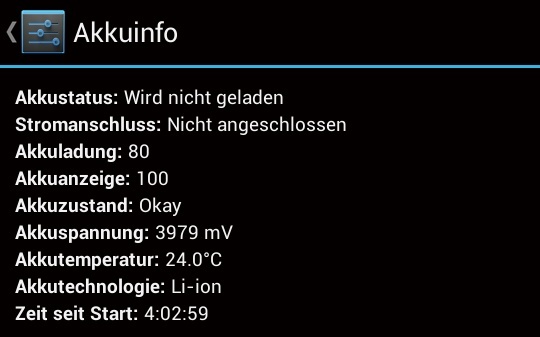 O_o And that battery is already bloated?
A new one? After two months?

No, it is new and not bloated (just as a reference, how it looks, if it is not bloated).

PS.: Sorry for not being clear, I’ll update my earlier post.