Video playback: Crackling / Popping sound in most of the videos

Took a couple of videos on my last holiday. Noticed there are crackling sounds during playback. Anyone experience the same problem? I have only 24 days of guarantee left and one ticket open for this old issue, so if there is something I need replaced, maybe i can squeeze it into that ticket.

Here are the videos so you can listen to the crackling yourselves.

This time, there was no speaking in the videos. But what if I record something funny happening and instead of hearing the funny thing that guy said I hear a well timed POP ? Would kinda remove the whole Idea of the Video.

Anyone have the same experiences?

I’m asking because to me it sounds a bit like static and I know that the power button can (unintentionally) store some electricity, so maybe the camera button can do the same.
If you are use the software button my next question is: Did you wear synthetic bathing shorts or any other clothing that can charge you up while you are walking?

Thank you for your swift reply.

Well, not always. I have one video that’s 1:25 long and it has no crackling or popping at all.
I cannot share it since it shows my friends and I do not have their consent to share this online. I will take a longer video to check that.

To start and stop the video, I use the screen button, since the “Photo” button just takes a picture, even in video mode. Didnt even know I could use the “Power on” button to start a video.

Yes, I did wear synthetic shorts for swimming in these videos, especially the ones on the beach. I will check older videos where I might have worn such attire.
So, do I need to wear ESD shoes when using my FP2 to prevent the popping?

If this is the source of the problem, it would be another “first”, provided by Fairphone, since I never had such a problem with any of my smartphones since ever

The sound is usually at the beginning or end of the video right?

Not always, watch video 5, there it crackles just within.

Did you wear synthetic bathing shorts or any other clothing that can charge you up while you are walking?

Interesting point. On a mobile this should not happen.

no that should not be necessary. Static in this way should not even come up. Static may come up when humidity is too low. Give your handset a very short bath…

But clothing specifically your shoes may have influence on this. Usually as the phone is grounded by you and no other physical connection exists, static should not be a big problem. Nevertheless there are radio waves due to your mobile connection, so finally it´s not insulated as in a faraday cage.
Anyway you could test if it is better when having all radio connections disabled as well.
Someone in this forum had experienced contacting/grounding issues for his poor connectivity and provided a good image showing all contacting points for this in the phone and were he had cleaned some to have things better.
It could also be a cause.

I just had a look at the crackling by loading the audio of two of your example videos into audacity. Looking at the waveform let me conclude the following:

If it is a discharge phenomenon I think the source is more likely inside the phone (faulty contact, microphone, capacitor etc.) than outside (clothing, ball lightning, st. elmos fire etc.)
It might be good to record a video and squeeze the phone, shake it - but not too hard, to see if anything changes.
FP2: Stereo or Mono mic., that is the question…

Only the left channel is affected

I think the source is more likely inside the phone

Sounds reasonable.
I’d try to #disassemble the phone and clean the contacts. This has already solved very many problems. 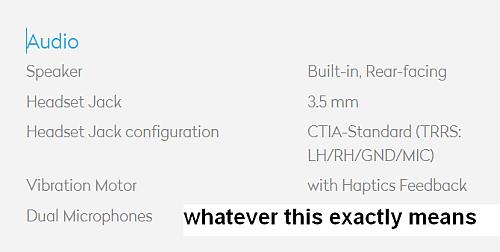 I just did some more testing and found the following:

The clicking and popping happens on the left channel only, so I would suggest the top module with the secondary microphone and the “selfie camera” as the possible source. As a first step I would remove the module and clean the contacts. If this does not help it might be good to try another top module or in case of a camera upgrade to use the old module again.

Thank you all very much for your replies <3

Static - I have made a couple of 2 minute videos while wearing non-synthetic clothes (no swimming trunks). No crackling sounds. Next time I go swimming, I will make another test video.

Microphone(s) - Thank you for your detailed audio and component analyses. Thanks to the Fairphone support team - of which I have first thought that they just closed my ticket - I am getting a new top module to fix my headphone jack problem in the next days, so I’ll keep you updated.