It was splitting from the beginning?

I don’t actually see a split in your images above (though I believe you when you say it is there) so to me my cover looks a lot like your pictures. It was like that from the very beginning and hundreds of times opening up the phone didn’t change anything.
I even had the chance to unfairly switch it with another transparent cover without the bulge when @EvaS got a replacement phone, but I decided to stick with my cover which comes off more easily.

If I have to buy me a new one I could order more, if you would like some for other Austrian Fairphoners

Well let’s see what support says. If they won’t send you a new one under warranty I may get back to your offer.

I spoke too soon. Over the the past few, hot days my cover started splitting too.

Whilst it’s good to know that calling may speed things up - it’s not really a good solution. Either email, or call, but one shouldn’t have to do both just to get support.

I received a confirmation from support that my cover will be replaced. The replacement should be on its way …

Hi. I have had this problem and am trying to submit this information via the contact page, but the page does not seem to submit. There is no confirmation and just loops back to the form.

Same problem and I cannot submit the request through the support form.

I have the same problem. Support Ticket has been submitted 2 weeks ago. No reply so far. I’ve now ordered a new one. When I get the replacement at least I have a spare

It took me a little more than two weeks to get an answer from support.
They wanted me to confirm my address again, so I had a little delay of one more week as I didn’t read my mails on holiday.
Tell them you ordered a new one, maybe they will just send you the money in instead of a new cover

Good evening, I write here just to add my voice to the others who are experiencing this issue.
In the picture you can see the detaching in the early stages. 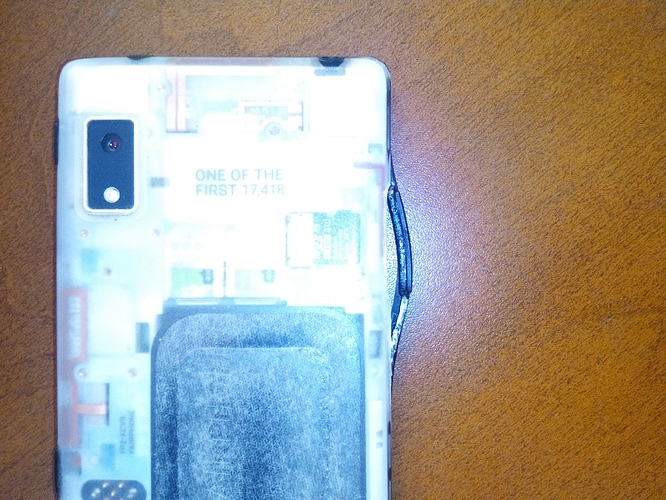 IMG_20100101_113915.jpg3264×2448 1.54 MB
Now, with a couple of weeks of use, the detaching is much larger. I tried to glue it with super strong glue but it detached again and I can’t keep glueing because the glue layer is thickening.
I’m worried it will soon detach completely and leave my loved FP2 naked and unusable…
I opened a ticket almost two weeks ago but I didn’t receive any answer.
I read FP team is having problems addressing all the requests they’re receiving, but I hope they’ll find time to address mine soon. The idea of ordering a new cover and getting reimbursed is interesting, what could we do to ask FP to officially support such initiative? Or would’t be even better to make a form to directly ask for a new cover?
JonBoi August 15, 2016, 1:22pm #50

How did you contact them asthe contact form does not work. Do you have an email address? Thanks

When I had the issue on my phone, I bought a new cover on myself. After they had reviewed my issue ticket they refunded the price of the cover. So this worked, at least for me.
But sadly I have to say that the “new” cover now after 2 months starts showing the same issues with the volume button

I had the same issue with the original back cover. My brother has the same, but worst, it cracks on the volume button and the top (see picture). After 4 months of this treatment, the cover deformed and then cracked. It takes 7 months in my case, 3 months for my brother’s.
I had to send back the phone for other issues and for the two phones, no problem at all to have a new back cover (they propose to change color if we want to).
I guess it’s a problem of quality of molding and maybe because we had the problem of black screen (so the only manner to cut the call was to open the phone and retrieve the battery). The first times are pretty tough to open it, and then, after some time, it’s becoming pretty easy, the plastic loosen up and then the two parts split.
The first signs of pb in my case was when I want to take a screen picture: the sound lowers or the the ON button cuts the power, but no picture, I also find that the camera button is definitely not well designed: sometime it’s working, sometimes not.

Luckily, the back cover is under warrantee, because I find the 27€ an outrageous price for a weak piece of plastic.
Technical service told me they are investigating. I hope they’ll find a solution and add a texture on the back cover to know without looking if the phone is up or down. It’s one of my first basic advices to improve grip and use. 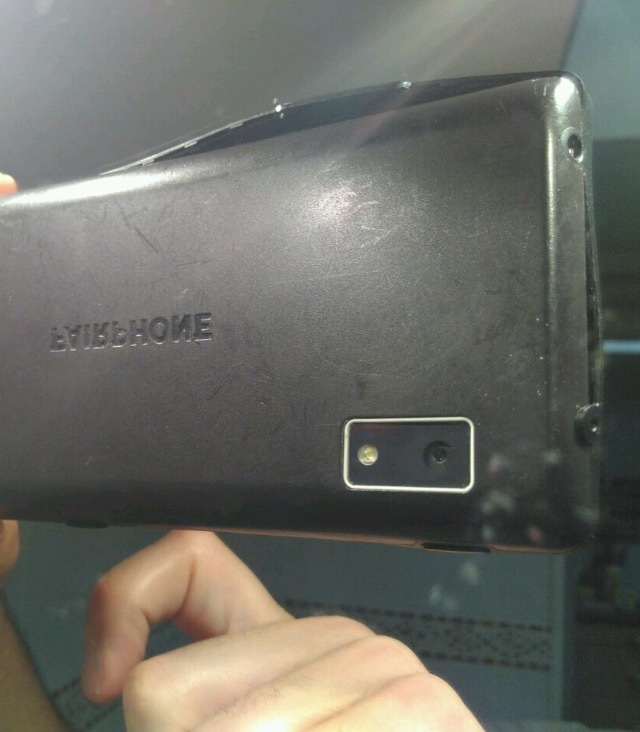 Mine is doing that same thing too now. Only a few weeks after the bottom module was replaced, the back cover needs replacing. This isn’t quite in line with the environmental credentials of the phone methinks … nice that you can replace things, pretty bad that you have to.

Trying superglue, but when it splits again … I guess it’s back to support.

This is what happens when you let industrial designers design stuff instead of engineers; good concept, looks nice, doesn’t work. The clip on case on my old moto defy was not only easier to get on and off, it didn’t involve the bonding of soft flexible material to stiff hard material, the joint of which is always going to be under stress. Thanks Seymour Powell … not quite as nutty as your AirCruise idea mind.

The contact form did work for me. But maybe you can try this address: support@fairphone.zendesk.com

anyone else found that their plastic bumper on the FP2 has split - I’ve had to take mine off a few time and it’s split and hangs loose with this enormous bagginess. Looking on the site they are €27 to replace for what is essentially a piece of lightweight plastic. Poor quality and expensive.

If it’s anything like the issues described in this topic (I’ve moved your post), it should be covered under warranty… Hopefully Fairphone will make some design tweaks so the new bumpers are more durable.

Hi Johannes, thanks for your response - is there an email address to contact customer support and send my photos - I tried using the online form and it won’t submit my request?

Apparently e-mailing support@fairphone.com will work as well (never tried). I’d try to include as much of the information that you’d normally fill in in the form as 1) they’ll probably need to manually create tickets based on any e-mails that are sent there and 2) it may save some time/e-mailing back&forth.

Same problem here after a summer holiday in the warm south

The case split a bit around the usb port and more so around the volume button. This is a black transparent case. Maybe we should do statistics which colour breaks more often? 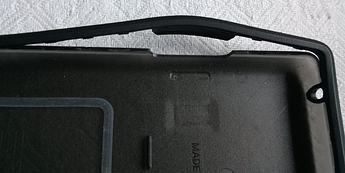 I just submitted a support request. In case someone can speed things up, my ticket number is #124452.

My superglue fix has worked, for now (evostick “serious glue” followed by four hours under sticky tape). Instead of a split there is now just the bulge around the volume buttons and (less so) around the power button.

I could get a new one under warranty, but I don’t want to get an identical cover that then fails 6 months later. This needs a re-design.

Also loathe to place the cost of 6 monthly cover replacements on poor old FP when basically what they do is “a good thing”.