My FP2: 7 years and counting 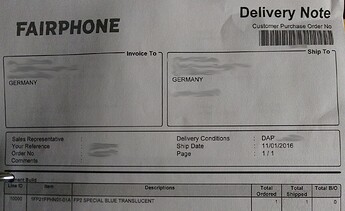 I’m still using it as a daily driver. When I got the device back then, I hoped to have it 5 years at least, so this hope was clearly over-fulfilled. And after it reached 6.5 years I really wanted to keep it for full 7 years.

However, the last several months were kind of hard. My FP2 started suffering from random reboots and (very annoying) frequent freezes, especially when scrolling. Cleaning display contacts, a factory reset and a clean OS installation (LOS 18.1 w/ microG) haven’t helped,
I’m pretty sure it’s an issue with the main module or GPU.

As I lack the trust the device will keep working until the FP5 will come out, I started switching to another (used) phone,. But I defitively hope to continue using the FP2 for some less heavy-load (or rather less heavy-scrolling) use cases for quite some time.

Try to bake your mainboard as ElKrasso explained in a post ? It helped me a lot with mt FP2

More likely the flash storage is worn out. edit: see below, that is definitely an interesting issue

@peygaze Thanks for the hint, I just searched Elkrasso’s post and decided I’m not ready for this yet. But maybe it’ll be an option if my hope to use the phone for other purposes fails.

@SkewedZeppelin Do you have more background information for this assumption?
That wouldn’t be my first guess because

Anyway: is there some check I could perform if this is really the case or something that I could try to fix the issue?

If anyone’s interested or may be suffering from a similar problem, these two threads seem to fit my FP2’s (mis-)behavior best:

So we two seem to have made it that far among a limited quantity of other FP2 users.

I’m still strongly sticking to my first ever smartphone and it still goes strong. My everyday companion. No noticeable quirks and with three batteries always enough power to keep it alive.
It’s planned some day to keep it at home as my main BT audio playback source as it keeps all of my music on it.

I own a “Flic” button, a practical BT accessory perfect as remote control.

@Volker Many thanks for the batches 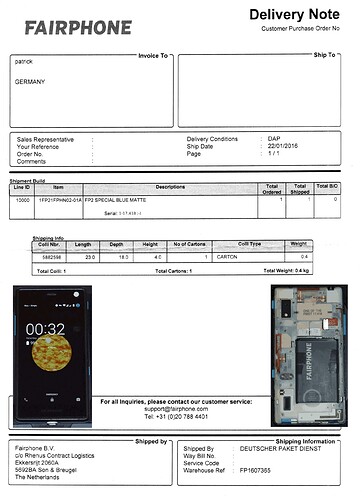 ) imo it couldn’t be taken for granted that this phone (or at least some of them) would make it up to 7 years and probably longer.
Adding the over 7 years of software support provided by Fairphone, this deserves both a BIG THANK YOU and a BIG RESPECT! to the company as well!

Looking forward to see how many other FP2 users are still active.

My FP2 turned 7 last Tuesday.
I still use it for playing games.
When there are sim cards in it, it reboots many times a day.
So now I only put a sim card in when there is a notification of an update.
I try to charge it as much as possible through my WakaWaka (solar panel).

One year has passed since

One year has passed and I’m again some days late… But my phone still runs fine after about 3 years with FPOS and 3 years more with /e/OS.

and my FP2 gave way for a Murena FP4 as daily driver. But my FP2 still in use for special jobs (e.g. when a Google service is really needed…). So I still like and use the device, even after 7 years…