We have a strange problem with my wife’s FP2. From time to time the UI freezes, i.e. the phone doesn’t react to touch screen or buttons. The only way to get going again is taking out the battery.

However, I can still connect with adb via USB cable. And adb shell top shows CPU being idle.

I guess you already checked storage use? (Settings > Storage)

It stucks forever in this state without rebooting? So what system is installed? Is a SD card inserted and how is it formatted? Whats the status of the storage?

Sometimes the display shows strange patterns - that’s why we thougt it might be an issue with the display module at first. 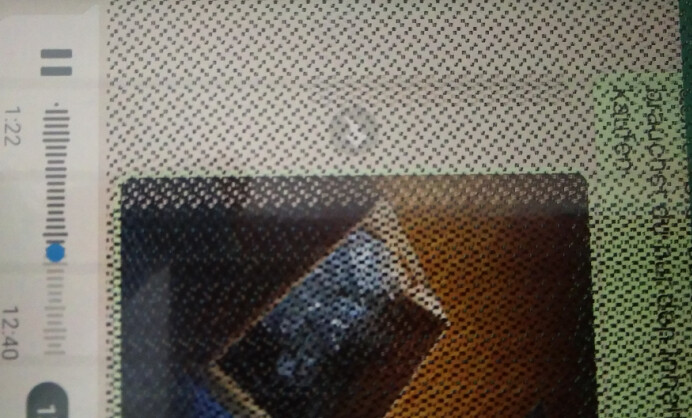 I am lucky that I only have trouble with these pins at work. There is one thing you could try before you swap your core module. It is a dangerous action, but if you do not have anything to loose it is worth a try. I guess you have (a) broken solder joint(s) on the pogo pin(s). Resoldering by hand would be hard, moreover most people do n…

That looks more like an overlay to me. Something added by an app.

The only way to get going again is taking out the battery.

Keeping the power button pressed for about 15 seconds should force a reboot.

Keeping the power button pressed for about 15 seconds should force a reboot.

Thnx - we will try that so we can be sure wether the buttons work at all when stuck.

I have this same problem. The display freezes, but the phone responds. For example, pressing the power button twice causes the phone to vibrate as if the camera activated, or holding the power button for a few seconds and tapping where the restart option should be causes the phone to reboot (but removing the battery is usually the only option that works).
This problem always happens, in my case, when I try to record or listen to audios in WhatsApp. @rkbwde , in your photo I see this is the same case, isn’t it? It also happens, though rarely, when the alarm goes off. I disassembled, clean and reassembled the phone, and also did a factory reset, both to no avail.

@VashSan Yes, we quite often have speckles on the display when playing audios in WhatsApp. However, the phone doesn’t freeze always then.

“Unfortunately” (from a debugging perspective

), after swapping displays between our two phones and cleaning the pogo pins we haven’t experienced freezes recently. If it happens again, I will try pressing the power button and tapping blindly as you did (or pressing it for 15 sec to force a reboot) to see if the buttons still work when display is frozen.

The phone froze again - and again when playing a video in Whatsapp. Pressing the power button for 15 sec led to a reboot so we’ve a workaround at least