When using my FP2, after a short while, the screen starts flickering. Did you also experience this issue? Is this a known and solved bug? 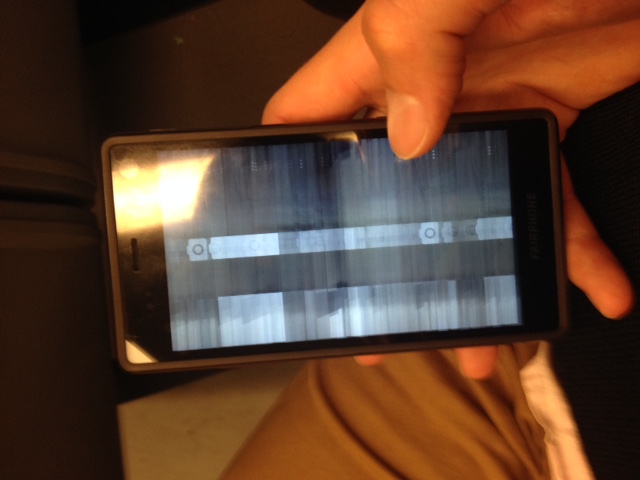 At least I have not heard or read about this behaviour.
Have you already tried to take off the display, clean the contacts and reassemble the phone? Maybe it’s just the contacts and this helps?
Here’s how to disassemble the display:
https://support.fairphone.com/hc/en-us/articles/115001041206-Troubleshoot-your-Fairphone-2-issue

It could as well be the followingg problem

My display has white spots or black stripes
Should that be the case, it seems to be “fatal” and you will need a new display; or so I understand the “troubleshooting” advice.

w to disassemble the display

Hi Bert, Thanks for your reply. I took off the display and cleaned the contacts.
I’m waiting for the reply of the FP support team to know whether I will need a new display or not.

Have a nice day,

More precisely : I took off the display and cleaned the contacts and this didn’t solve the issue…

Sorry to hear.
Should FP not reply within 3 days, you might want to try giving them a call (numer is to be found on the support page). This often speeds things up a bit; at least I got that impression from reading through this forum.

Indeed, I just called and they will transfer my demand to the technical department. Calling does accelerate the procedure

Very interested to hear what they say, since I’m having similar issues (been having them during the last three OS upgrades).

I am having the same issue it seems. The phone is just two weeks old (OS 17.10.2, rooted - can’t upgrade to 17.11.2 currently because I swiped on time too many in TWRP which modified something), worked fine until a couple of days and then started to flicker. I took the display off and reinstalled it, which helped for a day. Now it flickers again, like in the movie posted in Flickering screen.

Just once I saw a notification appear several times below each other, but the rest of the screen did not move (i.e. the bottom third looked as expected), I am not sure if this is a hardware or software issue. Other than app updates and new chats, emails and caller history, nothing has chaged though.

Any ideas? I am not willing to reassemble the phone every two days obviously, but before I contact support for a replacement I wanted to give this great forum a try.
Thanks in advance.

can’t upgrade to 17.11.2 currently because I swiped on time too many in TWRP which modified something

I don’t think this will have any effect on the flickering, but you can manually update your OS.

I took the display off and reinstalled it, which helped for a day.

Did you try cleaning the contacts? Did you make sure they align well when you reattach the display?

Thank you Paula for your hints. I will update manually as soon as I find the time - definitely will do updates regularly!

As the contacts were new and looked clean, I did not try cleaning but will do it again. I guess ethanol does the job (as long as I don’t drink it and the phone is switched off, of course), or is there any known stain from manufacturing that should be treated differently?

I will report back if the flickering continues…

hey everyone,
i have the same issue. screen just goes crazy, flickers, phones gets unusable for many hours. i have upgraded to the newest software version, problem got even worse.
it occurs when i scroll down for a few minutes, because reading something online. it starts with a light flickering and then gets worse within seconds. switching off and back on the phone does not do the trick and only after having switched it off for several hours it is usable again. when it flickers, the phone gets very hot in the upper part (above the battery).
has anyone solved this issue or any ideas?

2 posts were split to a new topic: Screen behaves strange

… it was gone for a while, but now it is back, and it’s not because of an OS update. Could it be an app casing it? But which?

A post was merged into an existing topic: Screen behaves strangely

Here is the report I promised: Not sure how to check if all contacts align well though since I can’t look into the phone when locking the screen module with the rest

but I followed Paula’s idea of cleaning the contacts.

This helped a lot. Both Ethanol and Isopropanol do a good job here. After cleaning the contacts and putting all parts together again, I works well without flickering for about two or three weeks, then the flicker comes back. Instead of flickering, sometimes the phone produces graphic noise that modifies the screen content over a period of a few seconds so that it gets darker and darker, or lighter/coloured, or repeats part of the screen content over and over again. At other times or after this, the screen flickers heavily between full white and its supposed content. This does not only affect the graphic content, but also the touch functionality (doesn’t work) and the on/off button (doesn’t work) and the back(!) camera (graphic artefacts). So, if you experience the screen flicker and sometimes your phone does not display anything after pressing “on”, it might well be in flicker mode but with the display switched off.

I tried the cleaning three times meanwhile - I am too lazy to clean directly when the first flicker appears, but it gets worse over time and when it is at a level that renders the phone more or less unusable, I clean it again and it will work for some time.

Of course I would expect the flicker to disappear permanently. I think about filing a support request and asking for (display module?) replacement, but wonder if this is state of the art and a high percentage of users has this issue. Any suggestions?

wonder if this is state of the art and a high percentage of users has this issue.

Well, if a high percentage of users would have the same issue, you would have found a thread about this in the forum, I guess.
I recommend to contact support.

I have the same Problem sometimes.

I wonder if it’s really a Hardware or a Software Problem?
The cleaning seems to help, but not to solve the Problem.

Exactly, it is the same for me. There are some more hints to this, sometimes phrased differently. So we are not an exception, although forum postings are certainly not a solid base for any statistics.

Anyway, I cannot use the phone in its current state for a longer time, so I will now file a support request

Same problem here, since this morning the screen flickers, changes colour and contrast andturns on and off seemingly randomly. Touchscreen and buttons don’t respond, rebooting doesn’t help. I have filed a support request.

I have the same problem. It was preceded by a Bluetooth malfunction and a hot phone and fast-dying battery. Next it was the flickering screen. Twisting the phone helped at first, but cleaning had removing screen had no effect. I have contacted the support team 3 days ago but still no reply.