I am pretty excited to tell you we will have our first webinar ever here at Fairphone!
Go on over here to this page at YouTube to bookmark it.

Only 5 days left before we go live. If you have already questions you think we should absolutely answer, post them here in this thread.

Please mind that we will focus on the Fairphone 2 as a product, and save other topics for later. If this webinar is a success we will have other members of the team answering questions in their respective fields.

Will this rights issue prevent the livestream in Germany on 15 December as well? 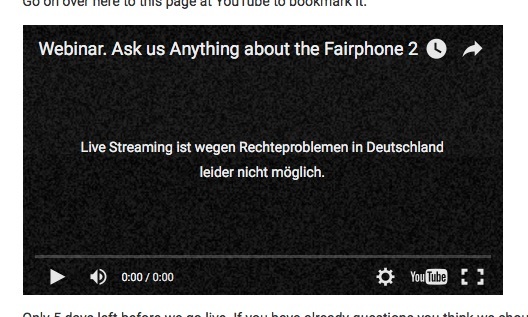 Oh dear… we will have to look into that. I am not sure if we can fix this…
Thank you for such a quick and early warning @urs_lesse!

Just a summary from what I read in the forum. I’m trying to follow douwe’s advice, I hope I understood correctly what he wanted to say by focusing on the product. If not, just ignore the question.

Thanks. That’s all that comes to mind right now. Please keep in mind that this is what I found in the forum, those are not so much my questions or very important ones. So I leave that “absolutely” to the guys making the video. Most of those questions could also be answered by publishing technical specifications of the phone’s hardware and its SoC/software.

Update: The webinar will be available later as as a video, right? It’s not a one time only live thing, I assume. Not all conferences are normally recorded, that’s why I’m asking. I assume it’s just a premade video not live, right?

Hey, @Douwe or @anon90052001, can you please let us know if there will be a video version of the webinar available after it has taken place? (Meaning if we can watch a recorded version of it after the fact if we don’t have time to watch live tomorrow evening)?

Hey @emmy, the video will be available for watching after the event has happened.
If you have any questions you’d like to have answered, please write them here in this thread.

Awesome, thanks for the quick response! 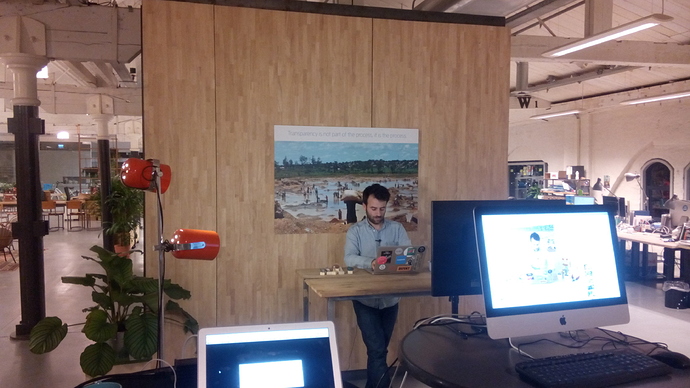