I drew something up, what do you think? 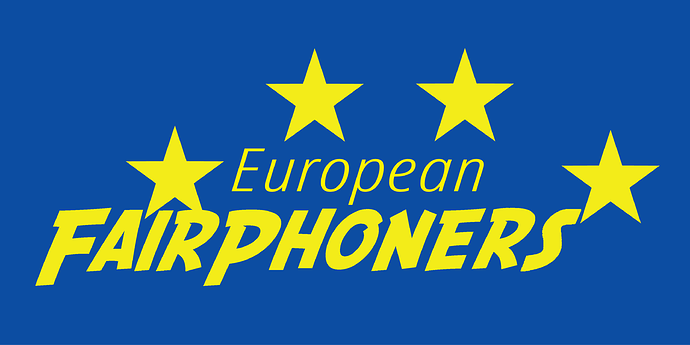 PS.: Thanks to @paulakreuzer, who drew the “RS” after the original Fairphone Logo.

Maybe nice to know that we are switching to a new font in our coming redesign.
We’ll be using the Radikal.

Oh no please keep the actual Fairphone logo it is so beautiful!!!

Moreover, Radikal is not free so it will be much more difficult for the community to make custom logos (e.g. Austrian Fairphoners)!!

The logo will stay as the last one. But text, headers and anything else will be in Radikal soon.

So @Stefan could use it for the word ‘European’ in his design.
(by the way: I love what you did with the stars…

I think the community will keep the orginal-original logo with the star!

Thank you, @Douwe. I found out by accident that the stars represent the (now four) action areas…

How will I be able to use Radikal?

The second one. I think the first one seems to be too “unprofessional”

So do you want so change this font?

)
Maybe it is possible to make some kind of poll so the users can decide which logo and font is the best one. That would be open and fair

@Stefan I think your logo is great, but the colors are just like the ones you find on “Billigsdorfer-Internetseiten” (=cheap crappy webpages)

Maybe you could use the original colours of the EU flag which are more modest (I want to say “dezent”, sorry if the online dictionary is wrong here).
Here is a direct comparison of what I mean:

The yellow parts of the EU-flag are more orange-ish and the blue background is darker. All in all it looks better (for me, at least).

I think the community will keep the orginal-original logo with the star!

Are you aware that you are linking this statement to a topic with only 8 voices, only two of which like the old logo (3 like the - then - new logo and the others don’t like either)?

@Stanzi I’ve used the official CMYK Code from the German Wikipedia (and I just see that the info is wrong. The English Wikipedia has other numbers…)

I found the RGB yellow to be very orangy… Which colours should I use exactly?

@paulakreuzer I linked the topic because it is related and did not count voices. We never did a poll, so who knows, which is more popular.

The power lies in the hands of the community members who play around and create their own logo version. I encourage you to make your own European Fairphoners logo!

Wikipedia says that RGB is only an approximation because the original definition uses Pantone colours.

Didn’t have the time to do the “S” right now. 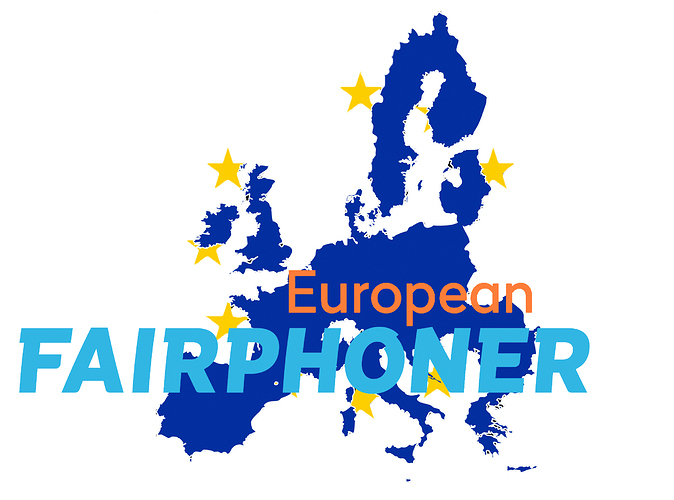 Great! Could you make the word European white and a bit smaller so that it fits into the map? 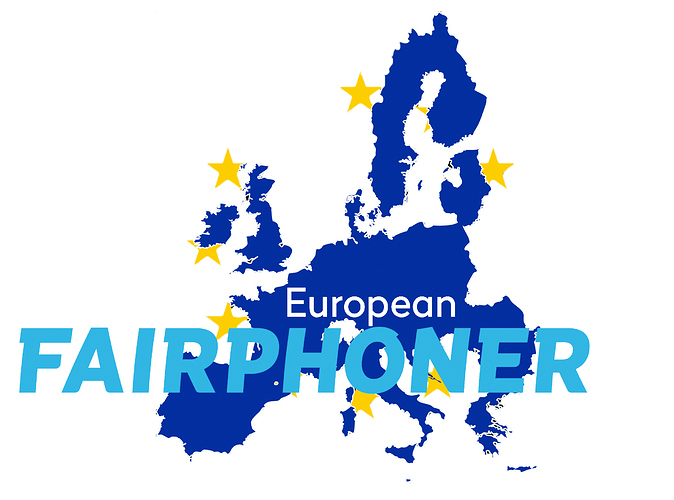 Where are Switzerland and Norway? Aren’t they Europe anymore? The name is “European Fairphoners”, not “EU Fairphoners”.

That’s true. Also I just realized I lost a few stars from the EU flag.

PS: I can’t find a good quality, free image of the outline of Europe atm.

I really don’t mean to spoil the party, but given that Fairphone only sells to customers in certain European countries anyway, I don’t really see the need for including the term “European” in the labelling of the meeting. And don’t get me wrong, I am a BIG TIME

(I admit I did not follow the EFCT discussion permanently, so maybe you discussed this long ago …)

maybe you discussed this long ago

I don’t think we did, or else I missed it too.
But there are Fairphoners outside of Europe and who knows what the Future brings.
If we called ourselves “Worldwide Fairphoners” wouldn’t we be obligated to make community trips on other continents where a lot of Fairphoners live in the future? I don’t know about you guys, but I don’t have the kind of money to fly around in the world so much.

At the time the idea of the #efct16 was born, no #localcommunities existed in countries outside of Europe. Thus I found “European …” appropriate. Of course fellow Fairphoners from Canada, Israel, etc. can join us!

Since we have a Fairphone Community Design now, I had the idea of combining the European flag and the FP community logo: 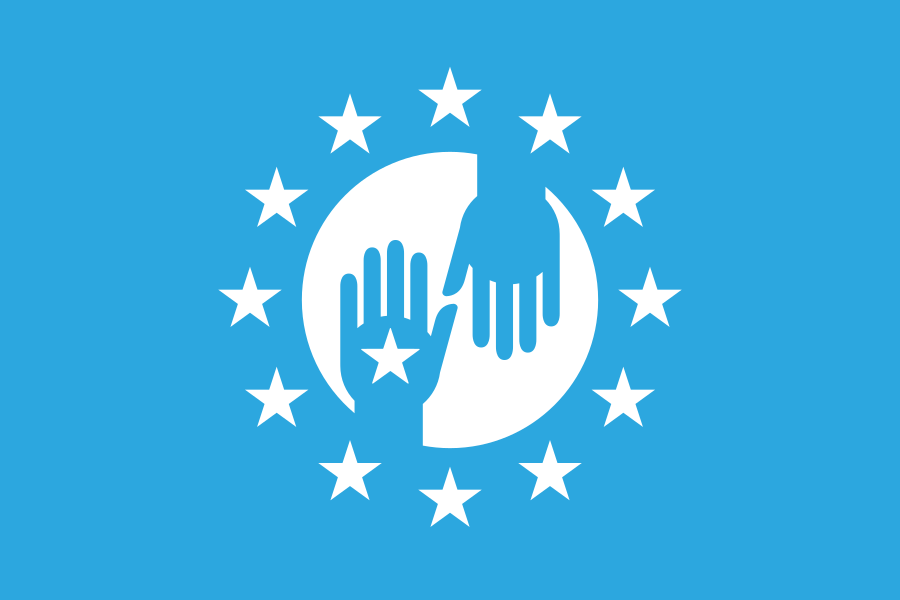 It’s not a necessity, I was just feeling creative.