Hello! I bought recently two units of the Fairphone’s protective glass in its blue light filter version and here is my opinion about them. They came with the “tools” needed for installing them and the process itself is easy for anyone to install them as usual. The colors of the screen doesn’t change too much due to the filter and the screen feels responsive as it used to be, and besides I can’t prove it I think the filter will do its job. I have to add the glass reflects the light as a purple shine, nothing strange. I like it, but I have to say that I think it is too expensive, it feels durable but it would be nice if it cost 20€ rather than 30€ for example.

[EDIT] Here you have some images about the protective glass. 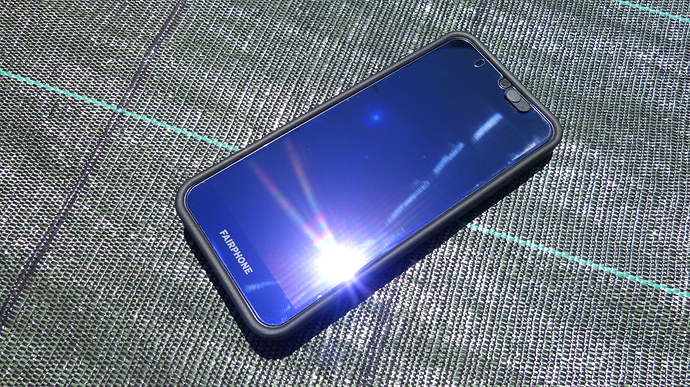 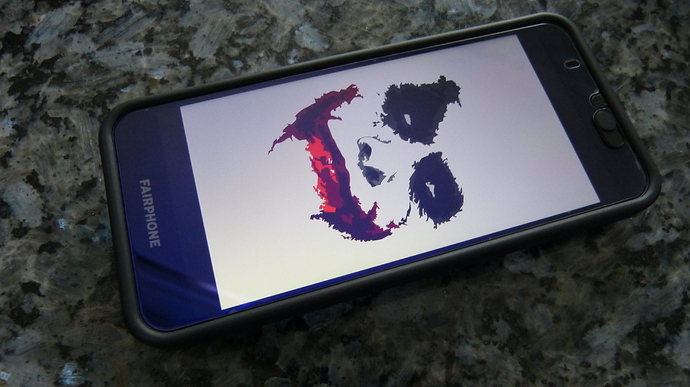 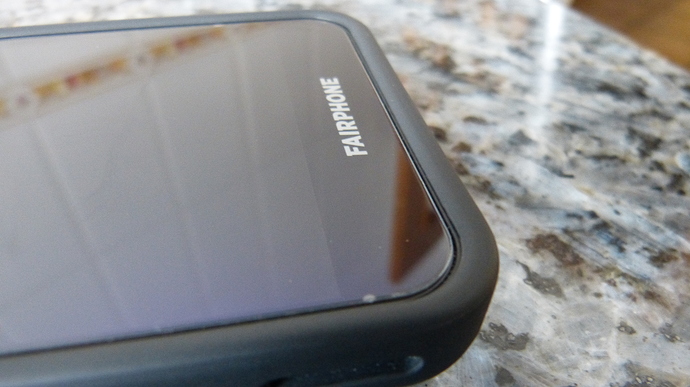 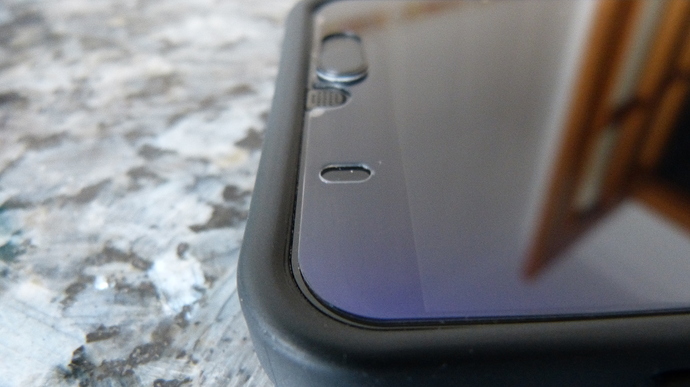 I hope you liked this post, thank you for reading it

Thank you for your opinion! Just to make sure:

This means you bought the glass twice and paid twice (i.e. 60 Euros), right? I’m asking because some people wondered if there is really just one glass in a package.

I am after buying this one and don’t quite have the funds to buy it yet. I’ve a few questions about it.

Do you notice a difference at night-time?
Is it easier to fall asleep or are your eyes less sore?
Can you describe the purple shine more? I’m not quite understanding.
How many come in the packet?

Yes, I ordered two units, in one pacakage comes only one piece.

I bought it mainly because I wanted to have the glass of the brand, to support them and because I can’t find protective glass for this phone enywhere else, just plastic ones.

I am trying it for now, I can’t answer this question yet. But I generally don’t have problems with phones and my eyes at night. But indeed if you have the filter it should be easier to fall asleep.
The purple shine is just an effect of the light reflecting on the glass, it makes the glass look purple but it doesn’t affect the image quality of the screen in general, but you have to consider that you are going to have a filter over your screen.
As I said to the other person asking for this, in the package comes only one unit with its “tools” to apply it.

PD: I am goig to edit the post and I will add images.

Your welcome, I’m quite new here so I’m glad to help

Have you noticed any major difference between using this blue light filter glass and simply activating the night mode at a similar level of blue-light filtering without the glass (except of course that with it, it protects the screen and looks kinda cool)?

Also, can you tell me where you’ve found your front camera hider?

Well, at least for now I haven’t notice that but the main difference between them is that you don’t need to see the screen in color yellow, it changes a bit the color of the screen but it is nothing really remarkable, which is nice. The camera hider it’s interesting because it’s very narrow and with the Fairphone cover on it, if you put the phone upside down on a surface it doesn’t protrude and annoy you making the phone wabble. I bought it from Amazon from the brand “CloudValley”.

May be a topic for another thread but: What makes you install those? Privacy? Really? What about microphone muters? I guess information from ambient sound is far more sensitive than anybody’s face…

In fact it would be a nice “theme” for another post, but I’ll answer you. The online world it isn’t safe and it won’t be whether we like it or not, sound is something to worry about, but if you have two problems to fix and you can fix at least one of them why wouldn’t you fix it? I don’t know nothing about microphone muters for smartphones, so if you could tell me I would apreciate it.

They’re nonexistent. As is safety from camera shutters - pure snake oil. You’d be better off with getting rid of Google, block online trackers, encrypt your dns traffic etc.

Camera shutters provide a false sense of safety. If you don’t trust your phone’s OS with the camera - why should you trust it at all?

Really?
In my opinion. they just hinder being spied on visually. Nothing more, but nothing less.
I never would expect them to block listening in or keylogging etc.

For the very same reason I taped the camera on my laptop.

Btw: In addition it makes me laugh about scam-mails that claim having video-taped me.

I hate those sick people blackmailing others.

In fact being directly hacked in a way that an attacker compromises your camera (what for, by the way? Your screen is way more interesting) is rather unlikely. You’d have to actively install spyware by for example executing an executable email attachment.

If I were an attacker I’d be interested in your screen, the content of your clipboard and your keyboard input.

Online advertisers and online trackers are interested in your phone‘s/computer’s speakers and microphones to track your online behaviour with supersonic signals.

And, by the way, to get back to topic: That’s the reason why I very much favour the privacy screen protector. It keeps people from spying on my screen which I think is the far more valuable asset compared to my outer body’s looks.

About the privacy screen protector, I was going to buy it but I thought about viewing angles… could it make it more difficult to see your screen properly? I now the idea is to see the phone’s screen clearly from the front, but if you have the phone quite tilted could it be a problem?

Judging from the 3M homepage, where I looked for the technology behind this kind of filter:
The viewing angle for their filters is 60°, so that the people to your right or left can not read your screen. But there was no mention for any viewing-angle restrictions when tilting the display forward. Even more conclusive is the fact, that they offer different filters for monitors used in portrait or in landscape mode.
My conclusion would be, that this filter will hinder your viewing, when you tilt the phone sideways but not when you tilt it forward (or backward).

But another user already posted, that this filter - from his measurements - has a viewing angle around 120°, wich is a rather wide angle, compromising the safety feature quite a lot.

But another user already posted, that this filter - from his measurements - has a viewing angle around 120°, wich is a rather wide angle, compromising the safety feature quite a lot.

I have bought the FP3 privacy protective glass, to protect my screen against scratches, to keep some eyes away from it when I am watching personal stuff, and also… because I had a 20€ discount code (these accessories are expensive)! It looks nice and strong, but the problem is I’m very disappointed by the viewing angle of the filter, it is very large, at least 100-120° of good clear view, then it only gets darker, not fully black… not very private, you can easily see a picture from the side, fo…

I had such a privacy filter attached to my former FP1 and it worked quite well - people asked me why I would touch on that black screen.

If the official screen filter from Fairphone doesn’t work as expected there might be alternatives on the internet.

You seem to say that it is paranoia that drives people to ude a camera hider. I think it is less paranoia than just taking precautions. I’m sure it already happened to you to forget to switch the flash off, or you didn’t notice it was on, while taking a photo. And it can be the same with the camera, and you didn’t notice it was on. If I were to use one, it would be for this reason. And spywares exist, and even though they will mostly want your microphone and your screen, the camera as well and a camera shutter at least does its simple job to stop that.
Then, if it helps people to feel safer on their phone, why not? Having one doesn’t have any negative effecrs nor does it cost that much, so if people want to have one, why not? It doesn’t stop you from having other precautions like this privacy filter, and the more precautions you take, the best. I’m saying this because you seem to criticise their choice to have one (although I doubt it is the case here, your message just gives me this impression).

Sorry for going off topic again

alternatives on the internet.

thank you for updating with the pictures, it looks to do a decent job there!