So today Fairphone officially announces their new phone: The Fairphone 2.

Here are some useful links: 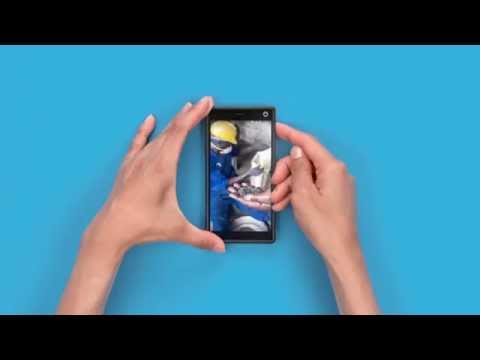 Scroll through this page to find out more about the new phone:
https://www.fairphone.com/phone/

You can check out the prototype of the Fairphone 2 for yourself on one of the hands-ons around Europe.

What do we know so far?

Speculation based on capabilities of the used platform

Sources used other than Fairphone announcement

What we do not know yet

So, what do you think of the Fairphone 2 so far?

First of all, congratulations to Fairphone for taking this next step.
Looks quite promising to me, I especially like the idea with the integrated protection case. This might even be a unique selling point. I never heard of a concept like that with other phones.

Either way, I will likely not buy it, since I want to keep my 1st edition Fairphone as long as possible.

Hi all,
everything is beautiful, I looked into the interactive presentation and I was quite excited about buying it… but 525€ are way too much! Almost doubles the FP1 cost, I would have liked to buy two (one for me and one for my wife), happy to help the world with our choices. But we are not rich… this choice disappointed me a lot. I would have liked (and it seemed to me more close to FP policies) a phone with less good specs, that could be updated, extended and customized in the future, rather than something that is designed to last for 5 years out-of-the-box (but, of course, without any guarantee).

I like the modular design a lot. Seems easy to use and still not too hard to produce (a problem I estimated to be a big challenge when PhoneBlocks was proposed for the first time, for example). If FairPhone succeeds in offering enough replacement and upgrade parts, this could become a huge success.

The integrated protection case will not be loved by people who want a phone to be thin and beautiful. But I prefet a phone that is durable, so count me in for the supporters

Edit: as @madmage mentions, the price is a huge disappointment…

I won’t buy it although I need a new phone. And I have to say, I’m extremely disappointed by this annoucement.

In the end, there are some good characteristics on this phone but I won’t agree to buy and support another android phone.

EDIT : as they have said before, the price is also an issue on my end.

Same here.
I was excited about the new phone. Was weekly checking for some news.
And now we know: the phone is not made for normal people, who are either not rich, or don’t want to spend most of their money for nice gadgets…
I would have been happy, with a less sophisticated but affordable one.
Very much disappointed!
Cheers!

The only thing stopping me placing an order now is the size. I don’t like these big phones everyone seems to have now (much preferring the size of the FP1, or the Sony Experia Z3 Compact). I’ll take a look at a 5" screen phone and think about it…

Very disappointing. The price of over 500€ is way too high. The big deal of the 1st fairphone was, that most people could actually afford a conflict-free phone.
Now it’s only those who are willing (and able) to pay that huge amount of money…

I think the price is legitimate, given that the FP2 is designed to last as long as possible (I’d estimate at least 5 years). Divide 525€ through 5 and you’d pay 105€ a year. That’s not too much to ask, in my opinion.

@Stefan: Sure, 105€/year compared to the 1st fairphones ~110€/year is about the same. But paying over 500€ at once isn’t easy (or even possible) for everybody. And who knows if the phone will still be usable in 4 years? Maybe it still works, yes. But do you know what requirements phones in 4 years have to fulfill?

Guys, congrats with a great phone. Like the degree of modularity. Is the complete motherboard also replaceable?.
Unfortunately, on the down side, durability. A phone cannot be designed for 5 year; technology end style develops to quickly (5G is already coming). For me personally the main downside is the price. I had planned to order the 2nd (and keep the 1st, just like it), but the price is prohibitively high. I had hoped that you could have kept it below 425€ (just a nice +100€ compared to the FP 1), but this is outside my budget. Missed opportunity :((

Don’t forget that the ‘flagship phones’ of HTC, iPhone and Samsung sell for over €600 or €700. They are somewhat better in terms of performance (though I doubt if I’d notice), camera and speakers perhaps, but the Fairphone beats them in the not-breaking department, in repairability and in being more fair.

The first Fairphone wasn’t top-specs. The second is way better from a technological standpoint, so it should be compared to better phones (not just the FP1) to see how the price compares. Still, it’s crazy that some phones are more expensive than my laptop. Perhaps Fairphone will make a cheaper phone too in the future, for those among us who don’t care for top-specs and will see how long it lasts, even if software will improve and phone requirements wil rise.

I don’t really believe in the 5 year estimated life time. Too much will change in the software department. But if it lasts 3 years, or 4… That would mean that the per-year cost would be lower.

Some thoughts on the Android ‘issue’:

Don’t forget that the ‘flagship phones’ of HTC, iPhone and Samsung sell for over €600 or €700. They are somewhat better in terms of performance (though I doubt if I’d notice), camera and speakers perhaps, but the Fairphone beats them in the not-breaking department, in repairability and in being more fair.

But HTC, Apple and Samsung don’t only sell flagship phones. These phones are meant for a limited market segment, many people can’t afford them and buy decent, lower-priced phones.
If you want to buy a fair phone, you have to buy the FP2. No other option possible. So for me, it’s hard not to compare the FP2 to the general smartphone. And yes, the FP2 scores huge points in repairability and durability, but not enough to be willing to pay this price.

What a relief to see such a beautiful piece of engineering. I love the modular, but sensible design.

Personally I’m very interested in getting Ubuntu Touch to work, as it seems to be the only OS which has properly addressed the issue of delivering software updates across many different platforms (by way of several layers in the OS). Would I be able to donate and/or contribute time-wise to a coordinated effort to get Ubuntu Touch to run on the Fairphone 2? Or to put it differently: will Fairphone take an active role in getting other OS’s to the phone?

true, 525€ divided by 5 is 105/yr. But the 5yr is not realistic. 5G is coming, and replacement elements will not for free either. Also, the Samsung, HTC, Apple flagship models often come with a contract (~ 30€/month including usage). Here you have to cough up 525€ upfront), and buy a contract without a phone. And that doesn’t come cheap either

@ Daniel
You’re absolutely right. I did a ninja-edit of my comment to incorporate the idea of also selling a lower-end phone, before I saw your comment.

I think the better option for FP is to sell also low-end phones, that make it possible to be improved in the future. This:

and… come on, we all know it will not last 5 years with these specs, the smartphone world is moving too fast to predict anything; people that buy smartphones that cost 500€ are used to replace them in 2-3 years, exactly as people that buy less expensive smartphones: the only difference is that 500€-people can afford 500 all-at-once

Some thoughts on the Android ‘issue’:- We do know that Fairphone is still talking with Jolla and Canonical to make Sailfish and/or Ubuntu happen. (source: Tweakers) - I’m sure you can avoid Android if you want. Fairphone will still be open source. Probably rooted too. You will be able to do what you want with the phone. - Android is, in my opinion, the best option to have standard. Most people aren’t tech savvy, and most people want it. Android as an easy default is absolutely necessary.

Well if they are indeed still talking to Jolla and Canonical, maybe they should have though to ship their phone “blank” with the ability at first start to install one OS between two or three systems officially supported (no community ROM). Or even ship the phone with an OS selected when we made our purchase. We should have the choice right from the start.

Just one question, what do you mean when you write that Fairphone is open source ?

Well, unfortunately modular phones aren’t ready for the market yet. Maybe in about 1 year, like for example google Ara, but not yet. Improving phones afterwards is a huge deal, it’s more than just plugging in a new camera or processor.
However, as the most-sustainable option isn’t possible yet, I agree that a fair phone that can be bought by more people is better.
I guess I was too blind and underestimated their urge for profits…

Edit: Plus, I’m using a almost 4 year old galaxy nexus right now. So using a 4-year old phone is possible. But I agree, most people won’t do that. And I was lucky with my phone, one can’t guarantee that they’ll last that long.