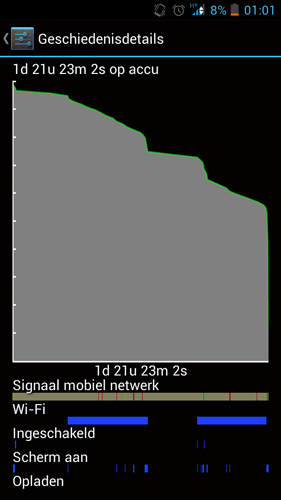 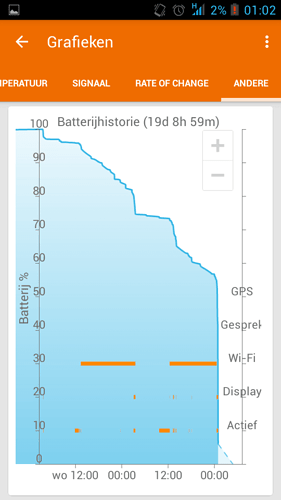 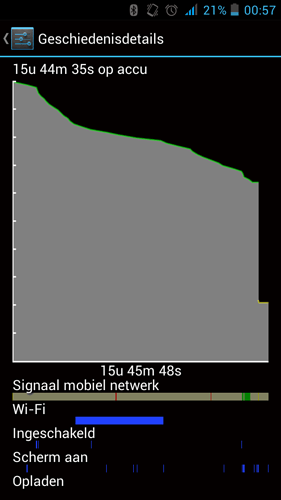 Very often my battery percentage will either jump down immediatley from 50-60% to around 20% or it will start sinking very very rapidly. I’ve attached a bunch of screenshots to illustrate the problem. Any advice? Is the battery dying or is this a software problem? 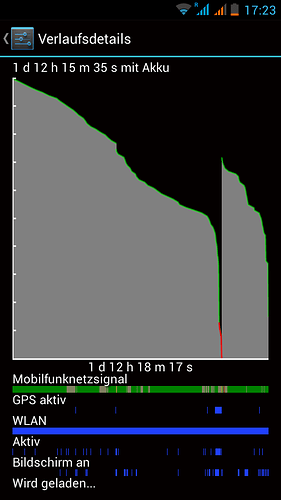 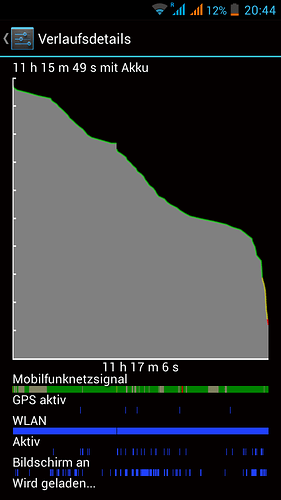 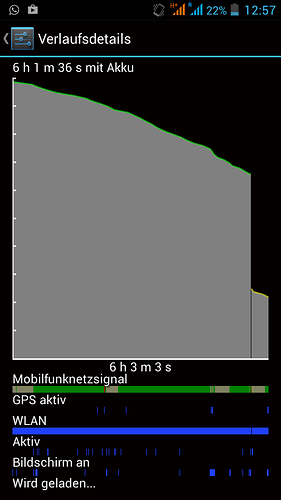 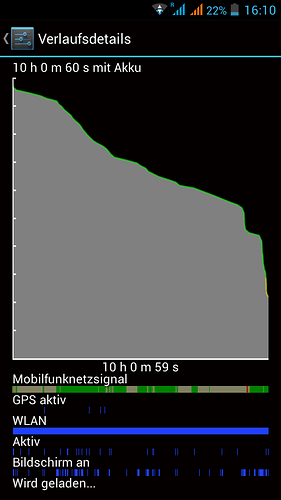 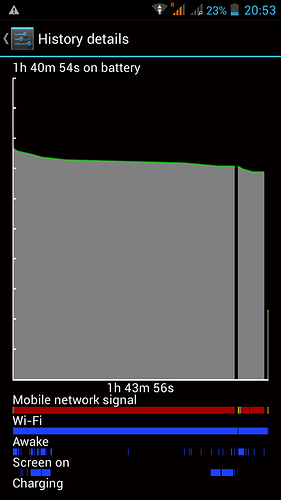 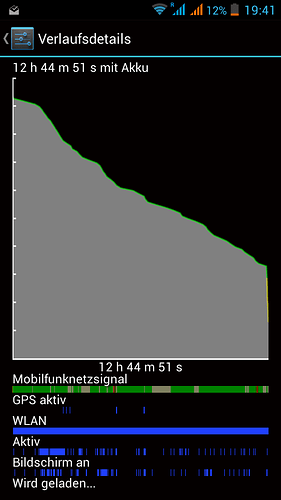 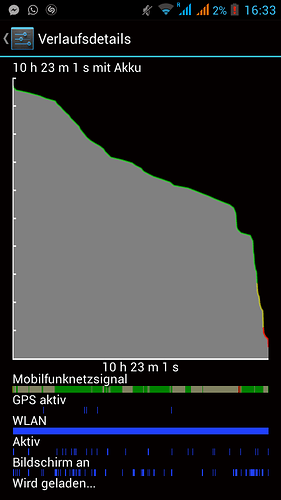 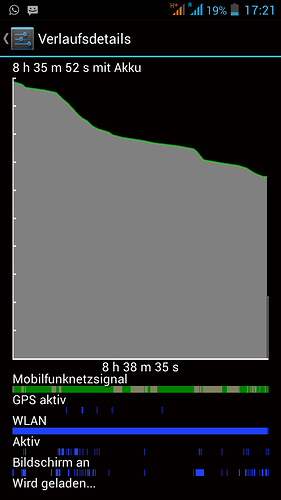 Hey @Eyal_D,
I moved your post to this topic that deals with the same issue.
Please first take out your battery and see if you can spin it on a smooth surface.
If so it started bloating! Stop using it and contact Support to get a new one free of charge.
If not then try the “battery reset” that is described in our battery guide.

I’ve had roughly the same symptoms and shortly after that the battery started to bloat. It was replaced under warranty.
So with hindsight this could be one of the first symptoms of a bloating battery. Please check it carefully, and on any sign of bloating don’t use it any more (it can explode).
In any case: I would contact support and show them these screenies.

I had problems charging, etc. so I went on the forum (and read this thread) and did the spin test. I contacted FP support few minutes ago, I hope it won’t take long for them to send my a new one. (at first I wanted to buy a new battery on the shop but it seems none are available)

I think my battery is dying as well. I have noticed now about 5 times that late at night before automatic switch off at 1 a.m the energy screen is blue or green, i.e. above 50 % charged, and when FP swirches on automatically at 7 it is orange! Below 20 %. This does not happen every night but often.

Do I have to order a new battery from fairphone support?

@Ruth_FP1: Make first the bloat test, and if negative try to drain your battery until 0% with automatic switch off of the FP, and then try to charge FP in one run to 90%, while keeping it switched of.
Any help?
Is a kind of recalibration, you can try it twice…
Cheers, Robert

You can do the spin test to verify - put your battery on a table and spin it. If it spins easily, it’s bloated.

My battery passed! No spinning.

??? don’t understand, how will that drain the battery?

At FP they told me that the battery has its own software inside, which sometimes needs to be reset.

Hi there,
I have followed the thread and couldn’t find a solution to my problem(s) with FP1 (second batch):
Where do I start: My battery drains very quick on it’s second half, the percentage indicator is crazy and changes very fast, phone gets really hot in the top, all the apps run very slow… I simply can’t use my fairphone anymore.
I’ve removed my SD card, my sim card, cleaned the contacts, spin tested my battery (not bloated), “kicked” the battery… I’m really close to give up and get another phone, but really don’t want to!

Anything else I can try?
Thanks everyone!

Contact Support.
A “positive spin test” always results in a warranty replacement of the battery, but I don’t think it’s a requirement. You have the same symptoms of a bloated battery, so I’d guess you get it replaced even if it’s not really bloated.
They might ask you to try some other things first, e.g. maybe a hard reset. So it’s a good idea to make a backup e.g. with Titanium Backup while you wait for their reply.

Btw currently it may take longer than usual to get a replacement battery due to the move.

I just wanted to share the outcome of my charging woes which became battery woes.

Initially my FP1U phone seemed to be obsessed with 70%. Charge it for an hour or overnight, after taking it off charge, the battery read 100%. A few moments later and it would be at about 70%, it would work until the battery was flat if I left it alone - with or without SIM card or SD card. However, the moment I tried to do anything which made it work harder (e.g. Google Maps) the phone would shut down. Plug it in again and although the battery graphic would initially show 0% it would show ~70% charge within moments and be 100% charged soon after. This went on for a couple of weeks. Advice varied from replacing the SIM card (tried that, no effect) and, of course, the dumbassery in forums of putting the battery in a freezer or on a radiator. (Don’t do that)
Li batteries are not meant to suffer memory effect (though support people here and at the co-op seem unaware of this) so it was not my fault for charging it too much or too little. I was quizzed about which charger I use. NOBODY USES A CHARGER. Hot bricks and USB cables provide a power supply; the phone provides its own ‘charging circuit’; it’s not a toothbrush. Yes it was 1A 5V supply or it was a USB ‘charging socket’ supply. I had already been caught out by trying to charge it from a regular USB last year and this doesn’t work well. The current is too low or something and it lied to me about being 100% charged and went flat within an hour. Not doing that again, I bought a powered USB hub with two charging sockets
I tried reporting my recent charge-state issues but never had a reply from support about that and as I was about to ask why the silence, the back of my phone fell off. The battery had now swollen so I am now going though the reporting/replacement service FP have set up. To speed things up, I ordered a spare battery (£20 delivered) and that arrived today and has cured the problems.
I have only ever dropped my phone once months ago and the power supplies I use have the correct rating. Please don’t let anyone blame you for a swollen battery. My guess is that some of them are ‘below specification’.
Bottom line: power problems? Try a new battery. You should buy a spare anyway. You always meant to.

I left my phone to charge during the night, this morning it was where I left it… at 44 %! I had to use it so I unplugged it and then it went directly to 2 % and died on me…

By the way, I say “here we go again” because my battery already bloated once and I changed it once… (FP1 first edition) not so long ago…

If it wasn’t a fairphone and if I didn’t strongly believe in that phone I would have changed it already… every two or three months I have a new problem with it… but that’s another subject.

Did you maybe consider to clean your USB-Connector, as I just wrote in the posted topic and did myself (at least semi-) successful?

Just an update: I got a new battery now but I am keeping it as reserve / back-up and will use my old / first battery as long as it lasts. I have the feeling that the last 30 % of charging go much faster than the first and second 30 % (okay, let’s make it 33,3 % each), so I am keeping it 50 % loaded at least. Let’s see how long the old one will still be usable.