Need some big corporate buyers to pile in!

No, the cost breakdown is needed badly. It will surely boost sales!

… plus confirmation that the FP2 will arrive pre-rooted and with the option to boot in Android, Firefox, Sailfish, Ubuntu touch and any other OS you’ve written by yourself one evening, etc etc ;¬)

Meanwhile even co-operative mobile won’t sell you one on contract until they “become available” - so no pre-sales there. and the bloke at Vodaphone I just got a new SIM card from hadn’t even heard of Fairphone. Still come november when then start to appear in the flesh, I’m sure a whole bunch will sell.

Maybe we should all go to https://www.thephone.coop/fairphone/ and register our interest !!!

Maybe we should all go to https://www.thephone.coop/fairphone/ and register our interest !!!

I would usually say to register interest, however a note of caution, the Phone Co-op is a very small company. We need to bear that in mind, as they need to be sure when buying that they have the market to sell to and this could give a false picture.

plus confirmation that the FP2 will arrive pre-rooted and with the option to boot in Android, Firefox, Sailfish, Ubuntu touch and any other OS you’ve written by yourself one evening, etc etc ;¬)

It’s already confirmed that FP2 will NOT come pre-rooted but with an open bootloader and easily rootable.
I’m confident that alternative OSs will work, but both rooting and installing an alternative OS might void warranty.

During the last sales, sales always caught up speed, once they got to the end of the sales period and had a similar “breakdown” of sales pattern after a couple of weeks if I am to remember correctly.

In case UK style faciciousness translates badly across Europe … my comments were very much tongue in cheek!!

Personally I’m happy with Android 5.1 and will probably never dare to root my FP2 or change its OS. I find it hard to believe that such facilities are a major factor determining mass sales … but evidently there is a significant niche market for this which FP could sweep up.

… and really, to minimise cost to consumers whilst maximising income to Fairphone we want Fairphone themselves to sell lots of FP2s (not the mainstream suppliers like Vodafone, who will doubtless take a big cut) … however, as mainstream consumers mostly buy direct from their service provider, from whom they can’t get an FP2 and have therefore never even heard of it … not so many will be sold.

I think on the long term Fairphone must cooperate with the big mobile service providers to really make an impact. After all the movement is about building up the consciousness of the most people possible and that is only achieved if e.g. Vodafone or T-Mobile advertise the Fairphone.

Also, even though they might get a cut, it would boost sales and, following the economies of scale principle, would thus lower the production costs of the individual phones (at the same time increasing Fairphone’s margin and possibilities for further interventions in the supply chain.

Wel, well, well, there will be a roadshow after all 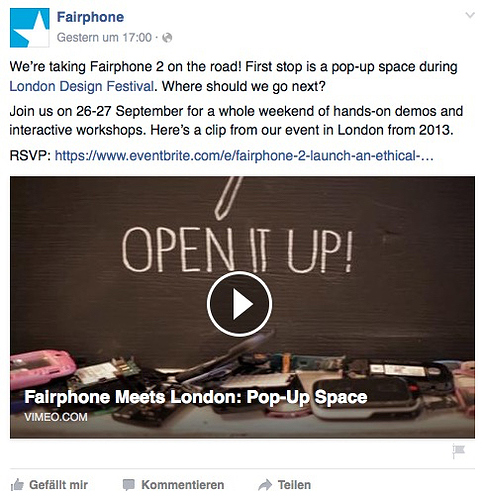 At least it’s clear now what happens if the goal is not reached:
https://fairphone.zendesk.com/hc/en-us/articles/206315345

If we fall short of our target, we will still be producing the Fairphone
2 - so all buyers will receive their phones. The difference is that if
we don’t successfully sell 15,000 through community crowdfunding by the
end of September, we’ll have to reassess the sales volume for this year.

A better week than each of the three preceding ones. Maybe press coverage on Wired and Phonandroid helped to widen the sphere of potential buyers? Here’s hoping the recent slowdown trend might have been left behind. 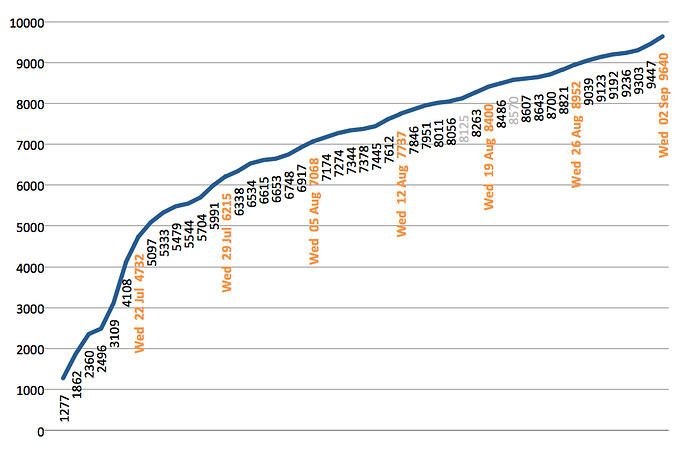 I also hope they will be able to address the state of open source / third party OS support before the end of september.

They certainly did! Over the last 3 days the weekly average of daily sales (!!), having dropped to 80 last week, is nearly back to 100 and still rising. 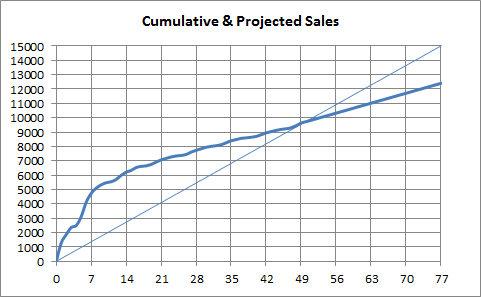 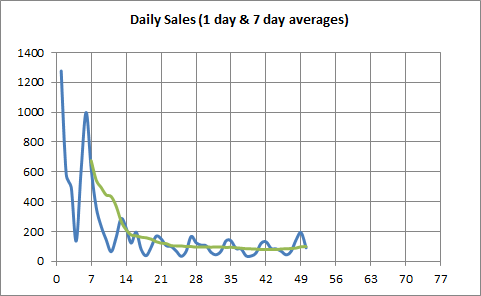 Today i received an Email on the Fairphone 2 interest list promising the full cost breakdown. I am very interested in that myself, but i also think it makes a good topic for tech websites to blog about and therefore again raising awareness!

Currently just 15 short of 10000. Might not happen within an hour, but most likely today.