I’m guessing there are 50 people ready to hit the button to finalize their purchase but nobody wants to be number 14997 if they can be number 15000.

Trouble is … once those final TWO are sold; what are we going to do all day! Probably have to do some work instead of compulsively checking the “Shop” page and updating a spreadsheet.

It’s been good chatting with you all … see you on another topic sometime soon :¬)

We’re now in a race between us for who can post the 15,000 screenshot first

The counter got jammed …

Well, I am just on a old eee-pc, so I can’t quickly make a screenshot, so I won’t be in your way if you are racing to make the ultimate screenshot.

Yes, just one more to go 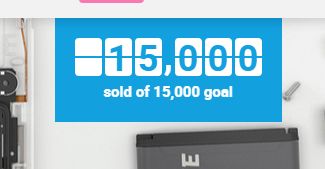 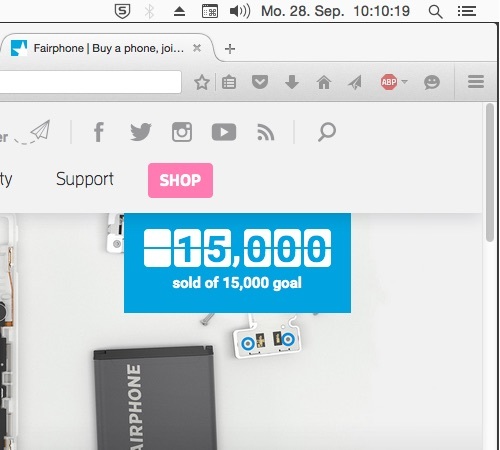 yes, we did it 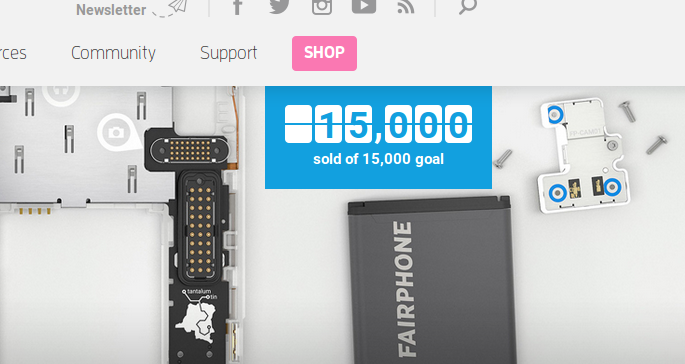 Edit: Man, are you fast

so many people accessing the site - the web page won’t update. We’re still on 14999 here!

We did it, I see 15000. Congratulations Fairphone!

i was to slow with my screenshot. so here is the glorious moment only 10 seconds before Fairphone reached 15.000 units.

@Stefan and @huskers It’s back to work for us guys now!

PS. It’s great to see that there are more enthusiastic nutheads out there and it’s not just me going crazy…

Nice way to start a Monday morning back from London with the whole team!

Thanks for the energy, everybody. We’ll be sharing something on social media later to celebrate.