My FP3 made company with some water in a plastic bag the other day. Not much, but enough to penetrate the cover sealing and I found some water drops when I opened the phone. I dried it in rice for 24 hours and started it again. It worked, but then the touch screen became non-responsive. No reboots or anything worked, the screen just didn’t react to anything. I a few hours later, the touch screen was responsive, and I could use the phone for another day, until it was time to charge it. That’s when I found that it didn’t charge, I had to flip the USB-C connector over, then it charged – and the screen became non-responsive again, and that’s how it is now.

It seems the tiny drops of water have caused some trouble here. The bottom module is recently replaced. Any suggestions?

I had the same problem last week and the phone went back to normal after about 30h unmounted to help drying.

By the way, I remember it is not good to put your phone into rice since it brings some “dust” (sorry, English is not my mother tongue).

Yesterday I had lots of random touch events on the screen. Today things got worse… 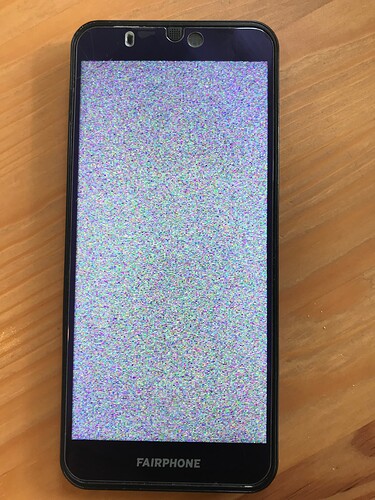 I had the phone wrapped in paper tissues before I put it in rice.

the point as well is that its strongly recomended to dismantle the phone and let it dry days not hours. Its still possible to do this and hope it solves the current issues

maybe as well have a look at the #waterwiki or search the forum there are many topics around this.

I dried it in rice for 24 hours and started it again. It worked, but then the touch screen became non-responsive. No reboots or anything worked, the screen just didn’t react to anything. I a few hours later, the touch screen was responsive, and I could use the phone for another day, until it was time to charge it. That’s when I found that it didn’t charge, I had to flip the USB-C connector over, then it charged

From what I have read you wrapped the phone in tissue before putting it in rice.

After finding the water drops did you warp the parts separately before ricing them > battery etc.

Although you mitigated contact with rice it’s easy for dust to get to the phone and with water form glue which can coat and tarnish contacts etc.

One problem with this is that there’s an assumption of drying and then of course replacing the battery is risky.

The screens failure can be down to poor contacts during re-assembly.

Thank you. Unfortunately, I’m travelling, but I will try this as soon as I come home. In the meantime, phone and battery rests separately.

Dismantled. Red moisture indicators. I’ll let it dry for a couple of days (the average time I need to get around buying some isopropyl alcohol). There are visible water stains here and there. I suppose more water found its way into the phone than I anticipated.

Didn’t help, unfortunately. I guess I was too slow to realise there was water left in the phone and now the display is broken, and maybe more modules.

Maybe you can find a #fairphoneangel near you that has time and spare parts so you can test your modules.

Do you know if the battery is charged?

No #fairphoneangel nearby (I live in the northern parts of Sweden). And yes, the battery is charged, the phone starts up but the screen still looks like the photo above (“war of the ants”).

Careful on tightening the screws, too little or too much can disturb the contacts.

I’ve dismantled my phone and let it dry for 3 days, now. It’s working but the touch screen is still non-responsive at all. The rest looks fine. I cleaned the phone as documented in the #waterwiki. ✏ How to handle water damage

If a Nantes #fairphoneangel reads this message, I would like to test another Fairphone 3 screen on my phone to ensure that I just have to order a new screnn (or not).

I managed to water my FP3+ twice in one week (first when my kayak rolled over, then out of the back pocket straight into the toilet bowl - call me clever! Never ever before and hopefully never again…). Took it apart immediately and let it dry fully both times. After the 1st accident, full recovery. After the 2nd one, everything seems to be fine (despite extensive watermarks inside) except for some damaged pixels on the screen. Amazing! Thank you Fairphone!

Kayaking ? Even being in a moist atmosphere is a bit risky. You have done well

Fresh water, both times, I hope