A new software update is available for Fairphone 4 users.

The update size is 535.06 MB for those who update from the latest software version.

500+ MB? That’s a big one, about 5x the usual size. Is this changelog really just those two listed points? Mine is by the way 529MB, maybe it depends on the carrier?

I might be able to clarify one point or two here

As you certainly know, the security patches released monthly together with the Security Bulletin by Android are not the same every month; actually, because of their nature, they can be very different and touch totally different components.
As a result of this, sometimes the building mechanism is able to calculate a delta between the previously released package, sometimes not.
So, in essence, the size of security patches can vary largely month by month.

On top of it, we always work “behind the scenes” to improve the network compatibility of our devices on various networks (not only for our direct partners), by enabling certain features or changing the interaction of the device with specific networks when it is needed, and sometimes those changes can eat up quite some space in the update package.
Unfortunately, there is no way to release these improvements in a different manner or for us to reduce the size of the update package.

For what concerns the camera improvements, we are constantly working to improve the user experience and so tuning different aspects of it, for which it would be difficult to list them all (and can also be confusing for really non-technical people).
In this release, specifically, I can tell you that the team has worked hard to improve, above everything, the white balance and the auto-focus response time.

In any case, we will do our best in the future to provide a more detailed list

I can tell you that the team has worked hard to improve, above everything, the white balance and the auto-focus response time.

I noticed this already! Especially when recording a video, it doesn’t zoom in and out that much anymore. This is great!

A side-note, the location information option in the camera settings was toggled off after the update.

Here’s the usual link to the ota.zip for those that need it.

Mine is by the way 529MB, maybe it depends on the carrier?

I’ve wondered about that myself, I get 529MB shown as well but the ota.zips I download never match that size.
Could be due to compression, but maybe those aren’t as universal as I thought either

PS: I am not 100% sure about the root cause, but I strongly suspect the reason stands in the explanation above. 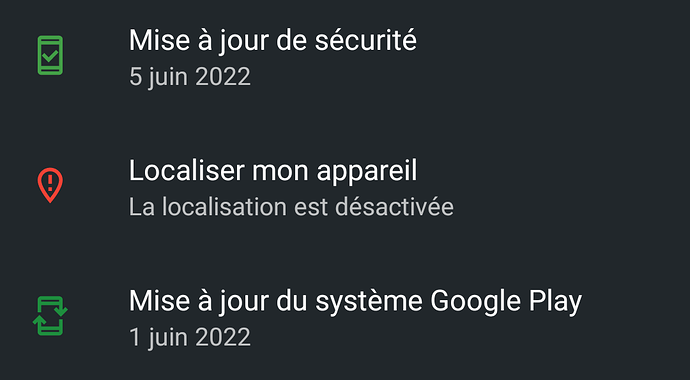 I’m on Linux and (at least) Plasma uses kibibyte / mebibyte as well.
Thanks for clarifying this, I just assumed Google would follow common practice, silly me…

The important part for me is the payload.bin inside the ota.zip I linked matches the required size and hash mentioned in the logs…

…and that it does

Camera Focus is now very fast. Nice work but the quality of the photos taken with the stock camera software is still not satisfactory for me. 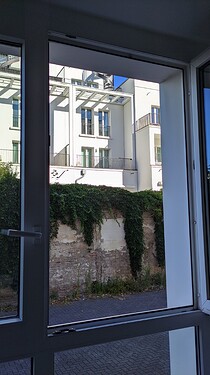 It’s also age-of-source-dependent! KiB is a fairly new unit: before it was invented, kilobyte == 1024 except sometimes when dealing with rotating-rust storage – but even then, some hard drive vendors used 1024, some used 1000, and some used the one and strongly implied they were using the other to make their sizes sound more impressive (yes, this feels like fraud to me too).

And KiB still hasn’t really caught on outside fields filled with pedants like us – elsewhere, KiB means “I thought about this and it means 1024”, K or Kb means “best guess”, and “memory” means “I have no idea what the difference is between RAM, flash, and rotating rust”. (Most people don’t.)

Oh, and Ko means you’re French or Canadian. I don’t know if there’s a KiB-equivalent for that

Very off topic but yes age and youth don’t seem to play that well.
1024 is roughly a kilobyte in terms of 2^ and for those old enough to know that’s what it meant it’s accurate to within a bit.

Computers are very tolerant to allow decimal they ‘should’ stick to binary, Oh! they do, they just put on a show.

Language changes by the second, so hardy surprising old people don’t catch up, there’s ‘too’ much to remember, and the young have little us or tolerenace for old language.

Just installed the update, but now I got two problems:

@rae Could you ask the development team if they are now making use of the TOF sensor?

BTW, is there any other way to use the TOF sensor with other apps?

Hi @gerhardbeck, I have the same problem with “My Fairphone” app !
Network connectivity error shows up, then the app immediatly closes / crashes.

Has anyone else the same issue ?

Nota Bene: I used a custom DNS (Adguard), but disabling it does not seem to do anything.
Perhaps cache, or not related.

Clearing the app data fixes it. But the issue comes back every other week or so. I’ve stopped clearing the data. I hope a real fix will come soon.

The main camera feels much more responsive, but the wide angle camera is super slow and laggy. Do more people encounter this?

Out of curiosity, the camera app version hasn’t changed. It’s still version v2.0.024(02151300-01). So these changes were done at a driver level? So any camera app would benefit from this, correct?

For what concerns the camera improvements, we are constantly working to improve the user experience and so tuning different aspects of it, for which it would be difficult to list them all (and can also be confusing for really non-technical people).

As for the improvement in camera performance, does this also mean that third-party apps and custom ROMs can now access all cameras and use all resolutions?
That would be really important for all custom ROMs.

The “my fairphone app” now starts and immediately closes down

Same here.
No other problems with the update as far as I can tell.