The guide Raspberry Pi4 ~ ADB ~ wifi is an interesting idea to make the FP ADB manageable via WIFI/Raspberry Pi.
Still I’m not sure I’ll need it.
But it brought me to another idea which I’m considering:
#fairphoneangels are sometimes asked if they could reflash a device (e.g. because a FP2 upgrade to A9 failed or other reasons). This is an easy task if you’re well prepared but for non tech-savvy people it may be challenging. And in the current situation it’s often difficult to meet in person.
So I’m thinking of preparing a Raspberry Pi for just doing the flash job.
This could in best case mean (if the person wanting to have reflashed the own device might have a Pi) that I only have to send a prepared SD card. In “worst case” I’d send a Pi with an SD card, power adapter and USB cable.
The person willing to flash does then just have to boot the FP (2; for a FP3 it might be a little bit more complicated) into fastboot mode, attach the Pi via USB, boot it and wait until flashing is done…

So hopefully you will get Card and Pi etc back after a user success.
It sounds doable and if you are up to doing it that’s extremely considerate.

The ‘user’ will need a monitor and USB cabled keyboard to use the Rasp Pi.

Well, in case the user already has a Pi (well, not too probably for non tech-savvy people) I’d only have to send a card - and the smallest SD cards are no longer really expensive…

The ‘user’ will need a monitor and USB cabled keyboard to use the Rasp Pi.

The idea would be to do a auto login into the pi and to automatically start the flashing script. So no need for monitor or keyboard (only in case something goes wrong and the output of the script needs to be seen…).

Ok you are well ahead of me

Well, I might be once it’s really implemented and working…

Sounds like a nice idea.
Would that also work with older RPi versions? E.g. RPi 1B?
I happen to still have one of those lying around…

I think it should also work with a RPi 1B as there should not be any high HW constraints.
And using a device just lying around should even decrease the danger of not to …

… get Card and Pi etc back after a user success.

… get Card and Pi etc back after a user success.

…exactly. And even if the danger materialized, it should reduce the anger.

The RPI flash station has been created.

It looks like this (well, for the final version a case may still be helpful): 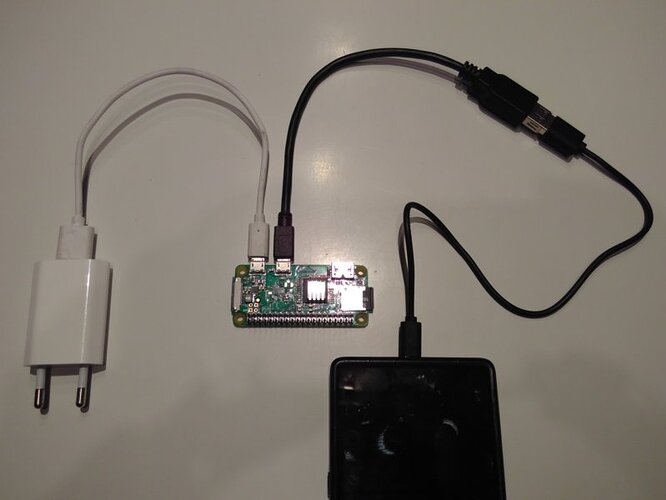 The following steps have to be done to flash a FP2:

I think these three steps are so easy that they can be done even by technically inexperienced users.

Cost of the entire setup is less then 30€ (you might get a RPI Zero including USB OTG for 11€ and the rest of the parts might already wait, gathering dust in a drawer).

Very impressive, so can something similar be done for A10 for FP3 ? Not that I’m asking you to do such, just wondering

I think it should be possible for A10 for FP3 too. It’s just a little bit more complicated if the bootloader of the FP3 is still locked. And according to this post there might be problems flashing FPOS using a RPI…
I just can’t try it out as I “only” own a FP2