My slim cover has cracks already

Besides looking filthy within a fews days after cleaning it, my backcover has several cracks at its edges already even though I bought the phone only some weeks ago and it never fell down. Is it just mine or do you experience the same?

Btw should I contact FP directly to get a new one or do I have to talk to the retailer (Mobilcom-Debitel)? 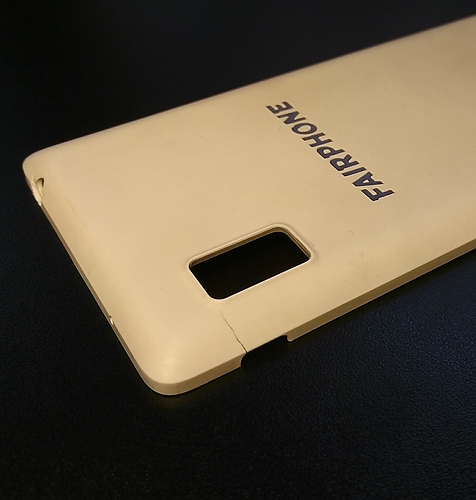 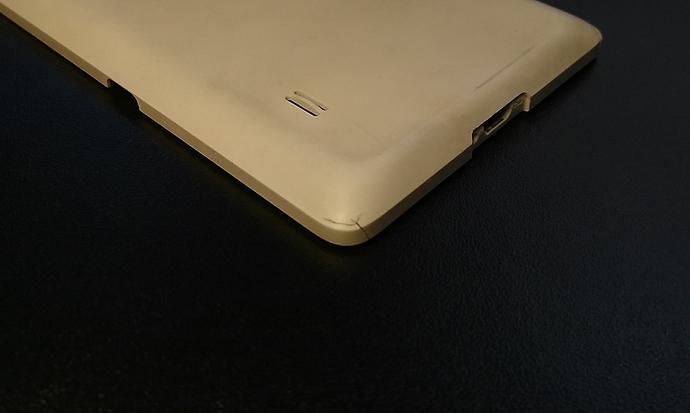 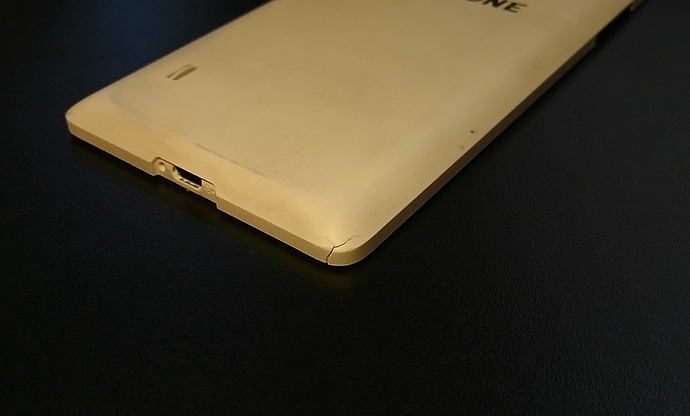 First off: This is not normal. I don’t remember ever having seen a cracked slim case before and defenitely not one cracked that much.

You can contact FP directly or your retailer. Though if your retailer’s support works fast you might want to try them first as FP support is known to have a backlog in requests.

About the dirt: I don’t really have any complaints with my white slim cover but if you do you might want to try a different color.

I confirm what @paulakreuzer posted.
If you have not done anything especially stressfull to your phone, like exposing it to chemicals that have damaged the structure, those cracks are not normal at all. I have used two different slim-covers (for different colors) and they have no cracks at all, even though I dropped the phone more than once. The only thing happening was, that the cover came partially open the intended way, i.e. seperating the coloured back shell and the black front rim.
Only yesterday the phone happened to drop so heavily on the corner, that my screen “downloaded the spider-web app”

, but the cover …
Not the slightest scratch, dent or crack. I just had to press the two parts together again.

As to cleaning the white cover
Another user, who sold his phone with white cover on the marketplace told me he just uses window cleaner fluid for cleaning.
And, according to the picture of his phone, that really seems to do the trick.
Although I have no idea, if it will work on jeans stains as well. 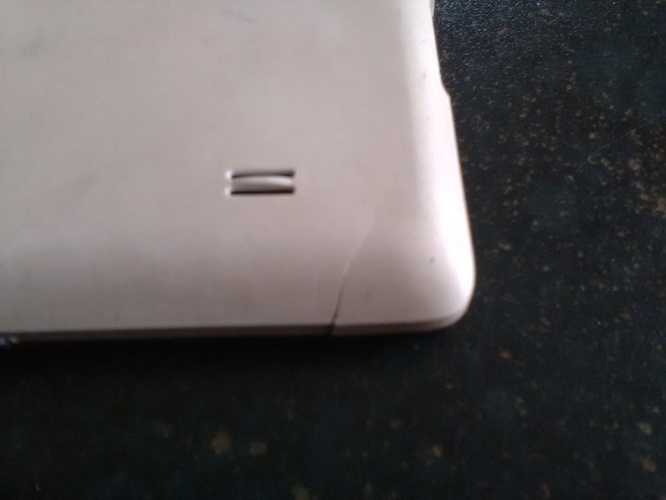 I bought the phone only some weeks ago and it never fell down.

I have the same problem. My first cover was replaced when the rubber seal separated from the back. I have dropped this once or twice,

Sorry to say, but you have not the same problem … This is about the cover cracking on its own, yours cracked because of brute force

But with respect, I didn’t say it cracked as a result of being dropped, and brute force suggests deliberate mishandling, which is not the case. Others have dropped the phone, and it hasn’t cracked, so although there is correlation between my dropping the phone, and the crack, it doesn’t follow that there is causation.

although there is correlation between my dropping the phone, and the crack, it doesn’t follow that there is causation

Yes, there is in your case. It just happens, that it’s not a regularity, as not every drop breaks the cover, this being a matter of height of fall, surface being hit, angle and maybe some more factors. E.g. my phone droped on a wooden floor from max 50 cm and the display was cracked really heavy (by brute force

). Today I dropped the same phone with broken display from about 1 meter on a concrete floor and it just came apart (phone, back cover, battery) without any further damage to the display.

I am sure @AnotherElk did not mean to imply deliberate mishandling, just that an impact by dropping the phone is a force, that in your case broke your cover, while with @fai8753 it seems to be a case of weakness of the material the cover is made of. Such a material-problem is something that would qualify as a case for warranty, which dropping the phone never will. I already ordered a new display, that arrived within a week (today).

Hi @fai8753, did you contact FP?
What was their response?
I have the same problem too. I had the slim case since the glue on my rubber case started separating on its own. I’ve never dropped my phone and now my slim case is showing cracks in the corners. Some cracks were so big that a piece of the case eventually fell off.

I read this post and the responses and it prompted me to contact the FP Support Team. I’m hoping they’ll send me a replacement for free, as this seems like a manufacturing quality defect.

I’m interested to know what happened in your situation.

Hi Vincent, yes, a (indigo) replacement backcover is on its way to me.

Hi everyone,
I just wanted to say that I also contacted Fairphone and they said it was a factory defect and sent me a free replacement slim cover. The cover with cracks was also white - not sure if that makes a difference but to be safe I chose the coral red one as a replacement.

@fai8753, thanks for posting this in the first place, and thanks @paulakreuzer for providing your input . It made me more confident in contacting Fairphone about my cracked case.

I suppose this post can be marked as “solved” now.

Hello Fairphoners,
I was (and I am) very exciting, as the transparent cover was announced, so I ordered one.
But after 2 days I recognized two stress cracks at the bottom. I never opened the case and I allways carry my phone gently.

Now, after 2 weeks, there are more cracks out of nowhere

I’m afraid to open it…
Did anyone else has similar experiences? 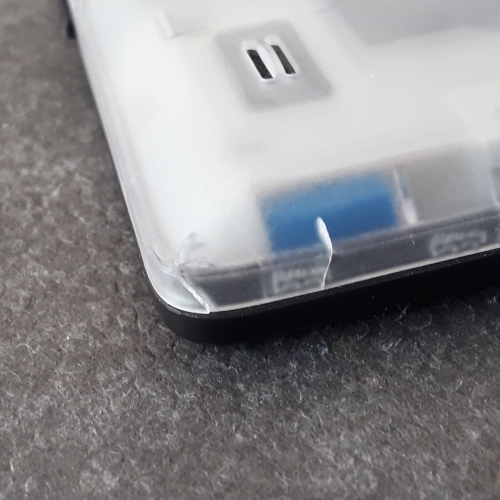 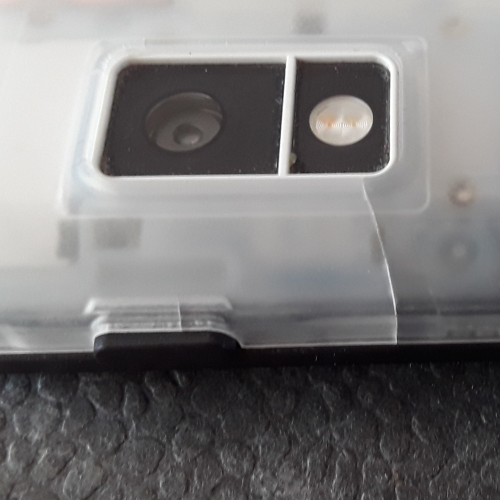 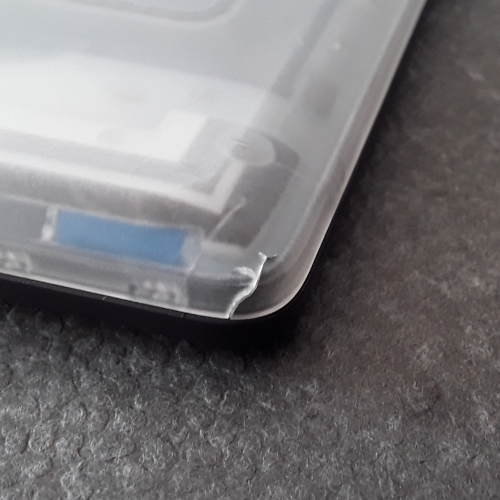 I also ordered the black translucent cover for my girlfriend, and while I’m writing these, I checked her cover and it also starts to crack

, but it’s harder to recognize cause of the black color…

So there are problems with the new cover’s materials?
I want a new transparent cover too…

I got a transparent case since two weeks. I checked it (a little worried, I must said…) but there is no stress cracks.

Factory defect (twice in the case of @schmulschubiak)?

After I’ve been begging for a transparent backcover for years!?

Perhaps hold your horses for now until this gets resolved …

I was (and I am) very exciting, as the transparent cover was announced, so I ordered one.

But after 2 days I recognized two stress cracks at the bottom. I never opened the case and I allways carry my phone gently.

I also ordered the black translucent cover for my girlfriend, and while I’m writing these, I checked her cover and it also starts to crack

, but it’s harder to recognize cause of the black color…

Just checked my 10 days old black translucent cover:
Cracks in the lower 2 corners, too :(, like on your photos.

Thank you for pointing me at this problem! I will try to give the cover back and get a refund for it.

I didn’t open it after the first assembly until I found the cracks. Also I can’t remember that it ever fell down in the last 1-2 weeks.

Here are 2 photos, but it’s hard to find the cracks there, it’s easier with your own eyes (photos made with also new 12 MP FP2-camera - could be better, but no chance even with manual focus :/): 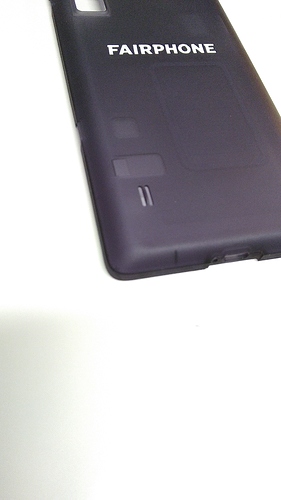 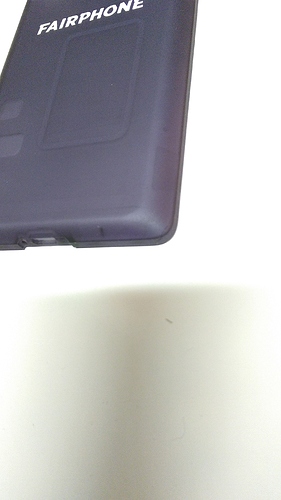 I just thought a little about possible reasons and remember one, which maybe was already mentioned with the first translucent covers, I think:
Too much pressure, when in a pocket of your trousers. 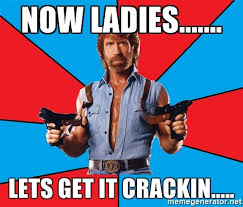