About a year ago I posted this thread to celebrate the fact my FP1 was three years old.
Now, a year later, I can say I still use the same phone on a daily basis without any meaningful problems. My goal is to post a “it’s-five-year-old” thread a year from now, just to show that FairPhone’s 5 year goal for FP2 is actually possible with a FP1. After that? Well, who knows.

Anyone else still around that has been here in the early days? Raise your hands

Yes, the FP1 I started with is still up and running fromJanuary 27th 2014 onwards.(It belongs now to my friend.)

5th of February for me. Though I still have the FP1, I have switched to the FP2 early December but keep it for open air festivals/“heavy duty” situations.

My wife’s FP1 is one of the very first devices and must have been delivered in January 2014. She’s still using it daily as her only mobile phone. It has the second battery (getting weaker slowly) and is still performing fine apart from being a little bit slow in some applications. Until now it didn’t need any repairs, either.
When comparing her FP1 and my FP2 I’d sometimes like to replace her phone with a more up to date device but the sustainability spirit keeps us both from doing so which gives the phone a realistic chance to be used for at least one more year.

Same as Jerry here, Delivered at around January, 7th. Using my FP1 as a test mobile for work, currently.

Delivered January 9, 2014. Used daily. Only the battery has been renewed, the previous one was “exploded”.

Unfortunately no new software, so the safety is getting less every day. Sustainability unfortunately has to do not only with the hardware but also with the software! Apple does that better.
Yes, I know, curse in the church. I think Fairphone needs to do a lot more effort to be much more sustainable in terms of software too.

Yup, same here. But I’m afraid I won’t be ‘counting’ for much longer… I’ve had mine since Christmas 2013, replaced the screen in the summer of 2014, and the battery in December 2016. It’s still functioning fairly well. I even took it with me to India for three months in 2017 and used it (with a voice recorder app) as a tool for my research

So overall, pretty impressed… but I’m anticipating having to replace it this year. It’s either going to be a FP2 or a refurbished/second-hand phone of another brand… I hope I can find a way to justify a FP2.

I too am still using a FP1. I have the special cover for the 10,186* crowd-funders who helped get it started,

I still read the forum for any news, hoping for a Fairphone the size of the FP1 since I don’t want anything bigger.

I recycled my own FP1 some months ago, after the screen became faulty (obviously not unheard of around here).

I now have a Sony Xperia, and closely follow the development of the FP2 and future models. After the sudden end of support for the FP1 I’m not overly optimistic, though. I wish I had better news for you.

Had to replace battery twice, otherwise everything was, is and hopefully will be fine.

BTW, does Fairphone has any official numbers how many FP1 are in use today? (Maybe via the updater functionality?)

My wife’s FP1 (like mine one of the first batch) is her daily phone still, with just a new (generic) battery lately.
My own FP1 has a new display, as I happened to drop it three times in a row on the concrete, until it finally gave in and broke. The battery has been replaced by a geneic one lately as well.
As my first batch FP2 shows a colour-pixeled display after being dropped as well, I am back to my FP1 as my regular daily phone.
We sure will keep using the phones until they become unuseable or broken beyond repairability.

My FP1 is also 4 years old. I changed the battery once and everything works rather well.
Unfortunately, many apps I use are not functioning anymore because the Android version is too old.
I can live without the apps from the national railways, the local public transportation or most airlines, but recently, BankID, the Swedish app that is required to login on any online banking system and on all public administration websites (as well as many other services), warned me that my phone will not be compatible with the next version coming up this spring. This probably means I will need to switch to another phone.
I realise there is nothing Fairphone can do about this but obsolescence due to softwares is also a big issue that needs to be solved if we want to make mobile phones more sustainable.
Cheers 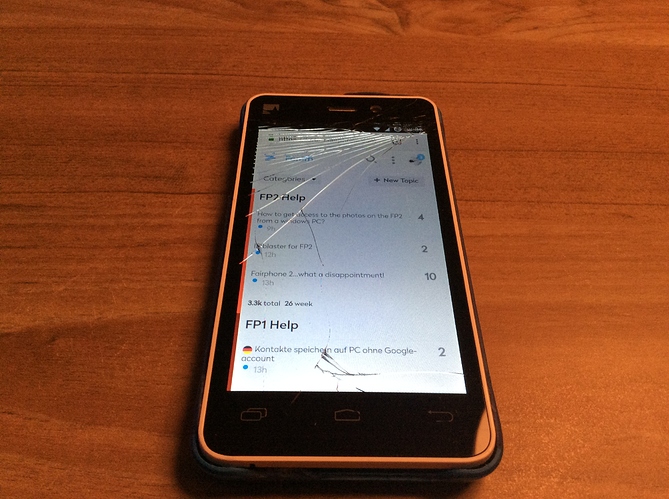 Maybe someone can help me out

I’m so sorry to read this!

Besides not being able to use LinkedIn, Momondo, Strava, Google Docs, Sheet, and Slides. Trello and finally and most important my mobile banking app, my almost-four-year-old FP1 is still able to make calls.

Still using my phone (one of the first ones, with engraved back cover!) as a low end test device for web developing. I abandoned using it as my primary phone as it got clear that it’s never getting the promised and long awaited upgrade…
The second battery is still holding and the only thing I’ve replaced was the camera, but just to prove myself that it’s possible.
And I still get a warm feeling when i switch it on, I was so happy and proud of being part of that movement, thank you for that! 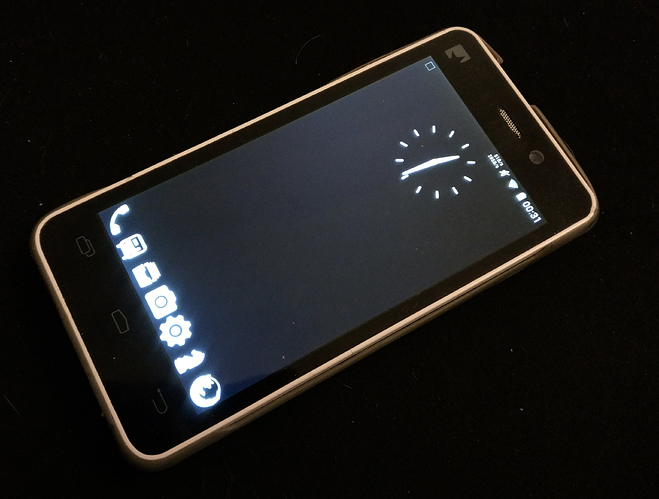 So my device has reached 4 years of age with daily use. It’s on its second battery and otherwise all original. At this rate it probably will last to see it’s fifth birthday, but I am starting to look around for a replacement device so I know what my options are when disaster strikes. The FP2 is priced above what I’m comfortable carrying around, so I’m tempted to give that a miss. Maybe those rumours about a lower-range Fairphone will turn out to be true this year, let’s see…