Greetings fairphone users.
I’m having the same issue as this thread Front Camera not working
Upon opening the main camera shows tiny vertical purple stripes, black areas and partly blurred/stuttering images of what i’m facing. if i rapidly switch to the selfie camera it works as long as it’s the selfie camera i’m using.
The message i receive when i open the main camera is “error: cannot connect to the camera”

I tried to clean contacts but it didn’t work. since it is under warranty i asked Fairphone for support through the troubleshooting guide, and they promptly sent me a replacing piece (kudos to the assistance service!), i mounted it and it worked for a day, but then the problem returned.
My fairphone is updated.

What can i do? 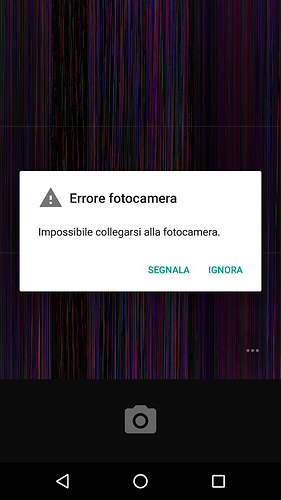 Contact support again. It could also be a mainboard issue (which would probably mean replacing the entire phone), but that’s for them to decide. Calling them (if you have the option) can be quite effective in getting things sorted efficiently when they already have your details from your first request. Support numbers should be somewhere in the responses you got from Fairphone support when you first raised the issue.

i contacted support through their phone number and they told me they will replace the phone entirely (they will send me a new one). I’s a bit unfortunate the fixing process didn’t work out but the assistance was stellar and i’m very satisfied with that.
Thank you too, Johannes, for your help! I hope this thread helps out other people who are facing similar situations (hopefully none)

If you have the same issue continue here:

Dear all, there are at least the following 9 conversations on this topic already, some from 2016 but several also from the past year and recent months: In all of them, the rear camera can’t connect whereas the front camera works fine. Like others, I had the same issue 1 month already after receiving the phone in January 2018. Like everyone is told by the support, I was asked to disassemble the phone. As this “solved” the camera error for a couple of days (again, as …