Are you sure you are using the latest update? I am wondering about it because you posted about an OTA update a few hours before the build with the fixes was available. Did you do another OTA update afterwards? 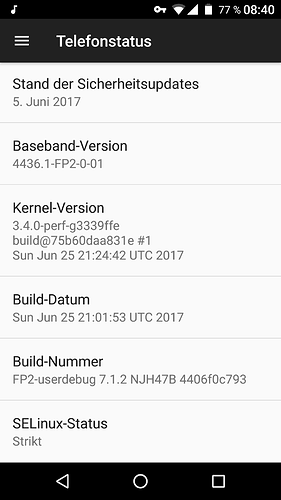 The build date on my phone is

Your Build date is older than the date of your Kernel version.

This was a build that didn’t have all the needed fixes: The newest one has build number: c55f5cafd9.
You can OTA update to get this one.

Thank you all for your support.
It must have been as @snevas said, an intermediate update that got drawn back. I was too quick

Now I have downloaded and installed the latest update manually.
My fm radio now works! 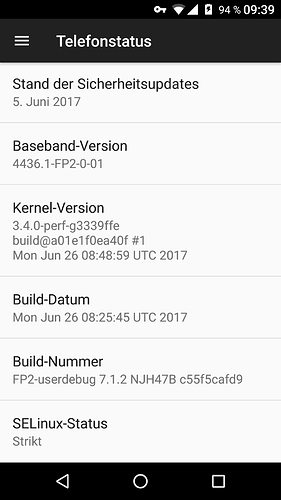 @snevas may correct me if I am wrong, but I think the build date marks the start of the build process, which lasted 4 hr 42 min. The kernel was then built during this time.

I also have build number 4406f0c793, but the OTA updater keeps telling me that there is no newer version available?

I am.
shutting down the updater-app and emptying cache didn’t help either.

I have a question regarding the update. I downloaded the upload (to where, I don’t know) and pressed install. It rebooted into TWRP… and then?

What do I do? Probably install the .img or .zip, but I didn’t know where it was.

Did you flash the TWRP with OTA fix as described in the topicstart (?) :

Don’t be negative, you only need to flash the TWRP image with the fix (you can do this from TWRP itself after downloading the image), and retry the update with the Updater,

The problem with TWRP is that it doesn’t know where to locate the update. Everything else in your setup is fine,

Hello everyone! I’m craving to install the LOS but I didn’t get how to install use OTA build from weareFairPhone… Sorry for the dumb question.
Should I just flash the last build that I see at the top of this post with twrp or I have to do something else?

I have FairPhone open 16.10. , I never updated further because I have xposed installed and I read somewhere that updating the software would have caused me a bootloop…

So should I first uninstall xposed, update the FP open, and then flash the LOS with twrp?

I’ve moved @demetrio’s post here, so his reference was originally to a different build. Apologies for any confusion, and apologies for moving the post to the wrong place initially.

When coming from any other OS:

You’ll lose all of your installed apps / data, so make backups!

No need to do anything beforehand like uninstalling Xposed as this will be overwritten.

I am having some problem in installing this OTA fix of TWRP through Fastboot.
I don’t understand the guide of z3ntu. More specifically I don’t get the very first three lines… What do I have to install?
Can I have an extra help?