LED backcover on the Fairphone 2

I’m wondering about the possibility of creating a LED back cover on the Fairphone 2.

Perhaps it would be possible to use LED strips to create a powerful torch that sat underneath the existing transparent back cover.

The light could either be a bright white torch to provide illumination or something more complicated with colour patterns if there was room for additional parts needed.

It should be easy to do, but a “powerful torch” (think photography/video light ~10-50 Watts) will drain the battery quickly.

Also if light should work for long range, you will need a lens system for focusing the beam. But a “map/book reading” back cover should be doable, I assume. But … a front screen switched to 100% brightness & white … will work similar … same for the color patterns.

But maybe an example what you want to do with it would help? I think something like a “tent” light that works with noise control (clap your hands for on/off) or that changes the light color if messages/actions happen could work. But this comes down energy usage phone screen white vs LEDs + running app, I think.

@dvl seems to be working on exactly this:

12 posts were merged into an existing topic: Potential for a LED back cover on the Fairphone 2

I don’t know if that might work for you, but I’ve bought this keyboard (I found it for 8€ at the time) recently. When I don’t need to enter a lot of stuff on my phone/tablet I just use the software keyboard, and for longer texts I use it (it’s not really small but can fit in a small backpack easily).

Amazing, its like some sort of military grade distress beacon, I was imagining something more like a small version of this

Edit by @Stefan: This post and the following 11 were moved from Fairphone 2 hardware extensions

Waiting on parts to built this monster

Note: this is totally not how it will look in the end, just a dev model where all electronics are accessable 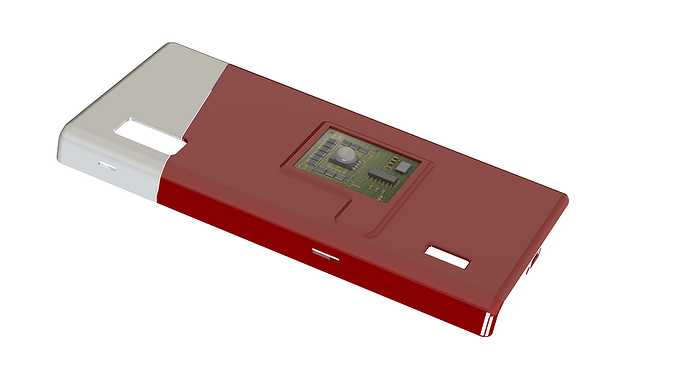 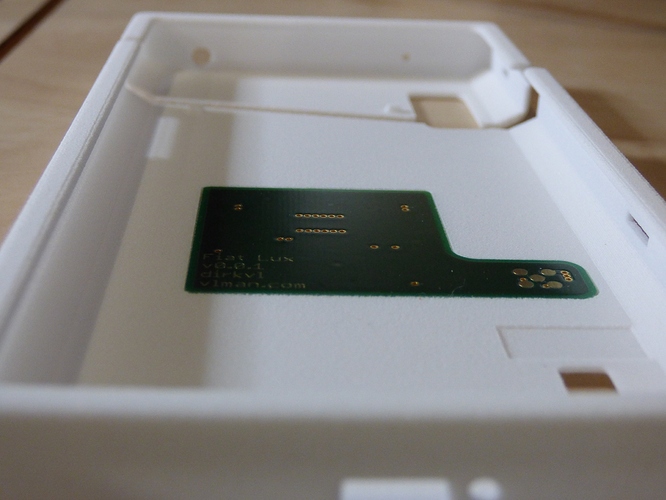 Nice to see progress so quickly.

Have to wait untill the backport is enabled before I can test this on the phone… Hope it’ll work soon.

Meanwhile, is it possible to show a picture of the light turned on without the phone?

Keep up the work! We’re eagerly watching you

Meanwhile, is it possible to show a picture of the light turned on without the phone? 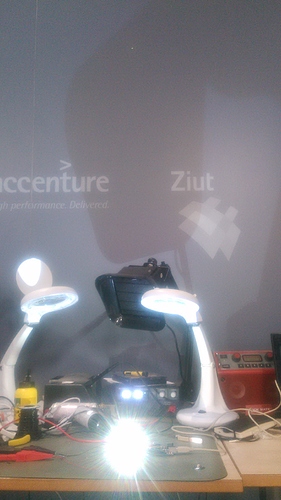 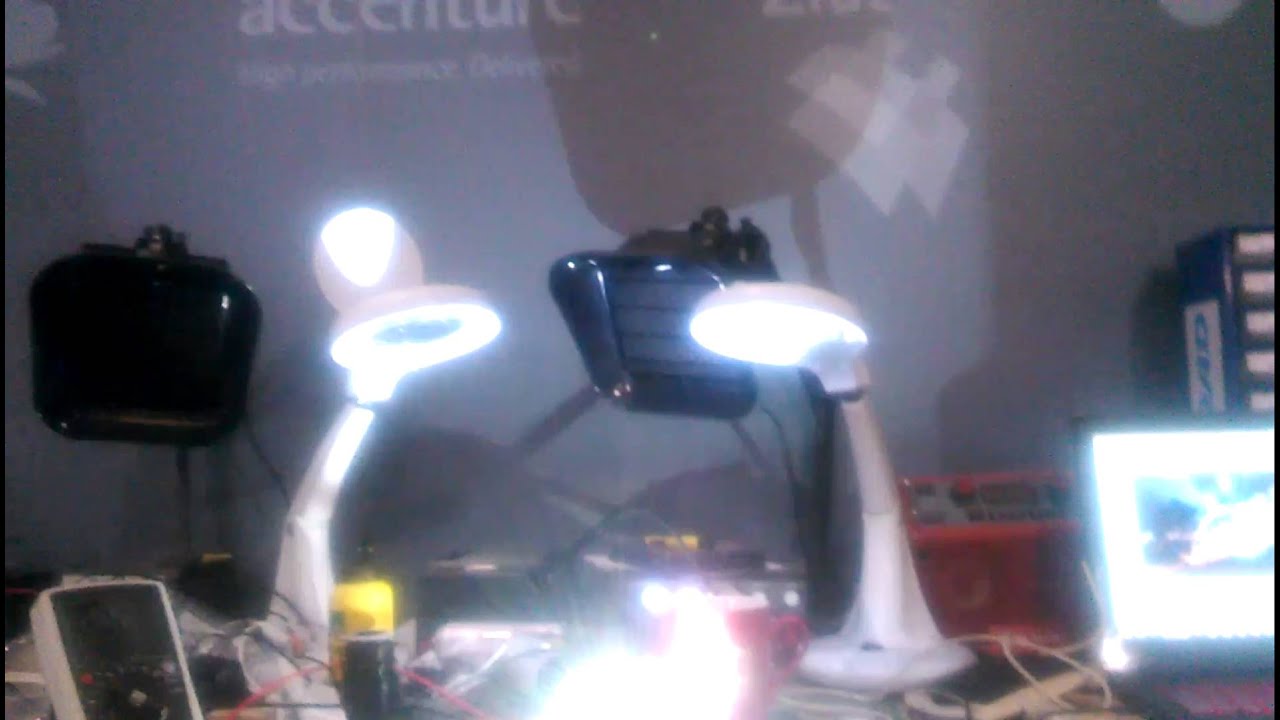 Is this all configurable via the USB interface?

THIS IS GREAT!!! Just got a flash of laughter from watching the RGB vid. It really is INSANE! And one can see, how much fun you are having, @dvl!

Can you provide some specs? E.g. brightness compared to light bulbs, etc.

Can you provide some specs? E.g. brightness compared to light bulbs, etc.

Sure! Specs is what it is all about

The circuitry to control all this (basically an uno) consumes about 20-50ma during operation. Which leaves 450ma. Choice to go for arduino compatability means you can program it yourself, plays nice with usb and there are already multiple android apps that allow phones with usb-otg to program them.

The LED is a 4 chip one (so actually 4 LEDs in one package) that is rated for 350ma per cell. This means that you could turn one on full brightness and there is still some power to spare. However, when going for white it is best to turn them all on as the efficiency of the LED goes down when the power per cell goes up.

Dimming is totally possible, all cells have full PWM. Feel free to google that yourself if you are unfamiliar with PWM.

The cells in the LED produce 430 lumen at rated power. This is about the same as what a 40W oldskool incandescent bulb provides. But if you power all cells I would say you could get some ~600+ lumens out of it. This is a lot of lumens. People will complain about the extremely bright light standing 4-7 meters away.

well that could be useful for battery calibration

Next version will be arriving here tomorrow, hope the components will also be here.

The pcb is 3335mm (which leaves 2830mm for components) excluding the hump for the connection to the usb back port. 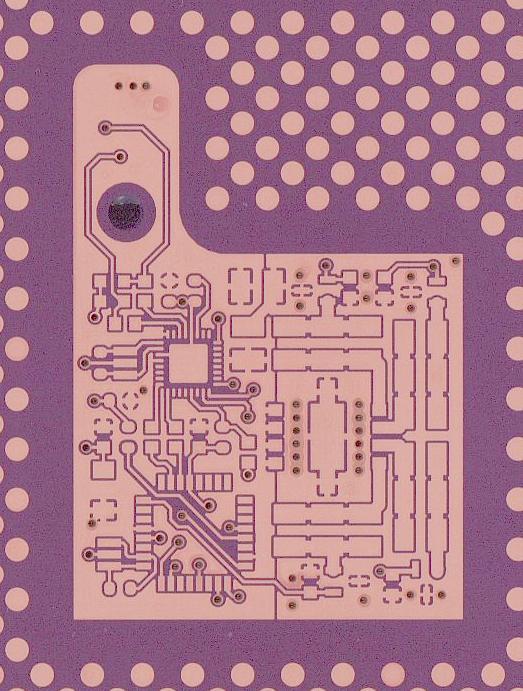 Nice, I hope to see some test pictures (the back cover being used as portrait/group photography light) soon!

@dvl showed around the cover (alas without LED) yesterday at the community event at Fairphone. It looks really good and fells nice. He pointed out some small issues that he wants to address now after he has tried on the phone for the first time (e.g. the hole for the back speaker is not completely aligned with the speaker and the top part does not hold on to some hook like expected.

It looks a little bigger than the original cover (my subjective perception without any real comparison) but introduces nice color options.