I am a mostly happy user of FP2 since about 2.5 years now. However, one of the weak-ish points is the 2420 mAh Battery which lasts me about 1, maybe 2 days (depending on usage). With all the important parts being replaceable, it seems (naively) fairly obvious to make a battery with larger capacity. Yet, after 2.5 years, nobody (not Fairphone, no 3rd party) came up with a larger capacity battery for the FP2. Is there a technical reason why this would not be possible or hard to do? Or is it just that nobody has done something like this yet? I suspect it would sell like sliced bread if available at reasonable price. (And now would be a good time to bring it to market, because I suspect most FP2 owners will need to have their batteries replaced now or soon. I definitely do.)

A battery can last max 1000 full charges, so if you recharge every day you may have to indeed replace it after 3 years. The quality might already be degraded after 500 charges (to say 92,5%) which might not be suitable anymore depending on your use case.

It is true a slightly larger battery could last longer and would therefore be less quickly replaced.

However the FP2’s battery is manually replaceable, and a larger battery has a larger footprint as well compared to a smaller one. Although I suppose there’s also plastic (and other non-biodegradable parts) surrounding the batteries. Hopefully a newer Fairphone (FP3) has a 3k mAh battery.

I believe the best thing to do is tackle all the bad battery abusing applications. At the very least you stumble on all the advertising and network slowing garbage residing in the browser. There are some people here on the forum who can last very long with their battery.

I really doubt, that there’s a (larger) battery out there, that fits the FP2. To my knowledge it is an original Fairphone design-piece and - other than the FP1 - not an off-the-shelf asian product.

Quite true. It should be really interesting to get a full comparison for the (battery-lifetime)footprints of different batteries.
Also: Will the larger battery really last longer or will the pattern of phone-useage change with the larger battery as well? If you have kept an eye on energy consumption of apps and on backround activity and you stop caring about this, because the battery allows you to do so, in the end this carefree useage might be the only difference and not the lifetime of the battery. (E.g. if I buy a candy-bar and I can get one with 100g and one with 200g; at least I tend to eat either one in one go; I would not eat the larger one half only, saving the rest for later.)

That’s a funny one because k does the opposite of m, so we would be happy to have a 3 Ah battery

A larger battery can help for a longer lifetime because high discharge currents relative to the capacity are bad for the lifetime. Thus, the higher the capacity the lower the stress for the battery is during high energy demands. The same goes for charging where battery vendors state the maximum charging current relative to the capacity.
Of course users can compensate all advances but we shouldn’t make life complicated for everyone just because there are people who care less.

As for your point I tend to view convenience with charging as a matter of can you make it through the day. Because less is inconvenient and more would be covered by a night charge or powerbank. I currently have trouble with that due to microG/Google but other than that, yes I can. My previous watch could make it 1 week, and my current one can easily make it a month. If you consider that kind of uptime (per charge) a day more or less hardly matters.

Right. I run a fairly battery-optimized environment already (FP Open OS, no apps with any trackers whatsoever, wifi and mobile network access restricted with AFWall+, all that helps a lot, and my battery lasts me fairly long, but lasting longer is almost always better. That’s why I’m wondering. Is there no way to make a battery with larger capacity that fits in the same size? I’m not an expert, but I’d suspect that progress in battery technology might open new possibilities there… Anyhow. I might just replace the rather dated battery with a new one, and probably also invest in a powerbank for situations when I can’t charge for longer periods.

Trying to take battery capacity to the max while keeping the dimensions of the battery low was the reason those Samsung phones kept going up in flames.
I would rather Fairphone does not re-enact that experiment.

Take a look here for example:

The Samsung Galaxy Note 7 could explode. Read this to satisfy your burning curiosity.

what is about a middleway between max capacity and the original capacity?

I am no tech-expert.
This iFixIt teardown compares (step 4) the battery of the “Galaxy Note 7” to the later “Fan Edition”. 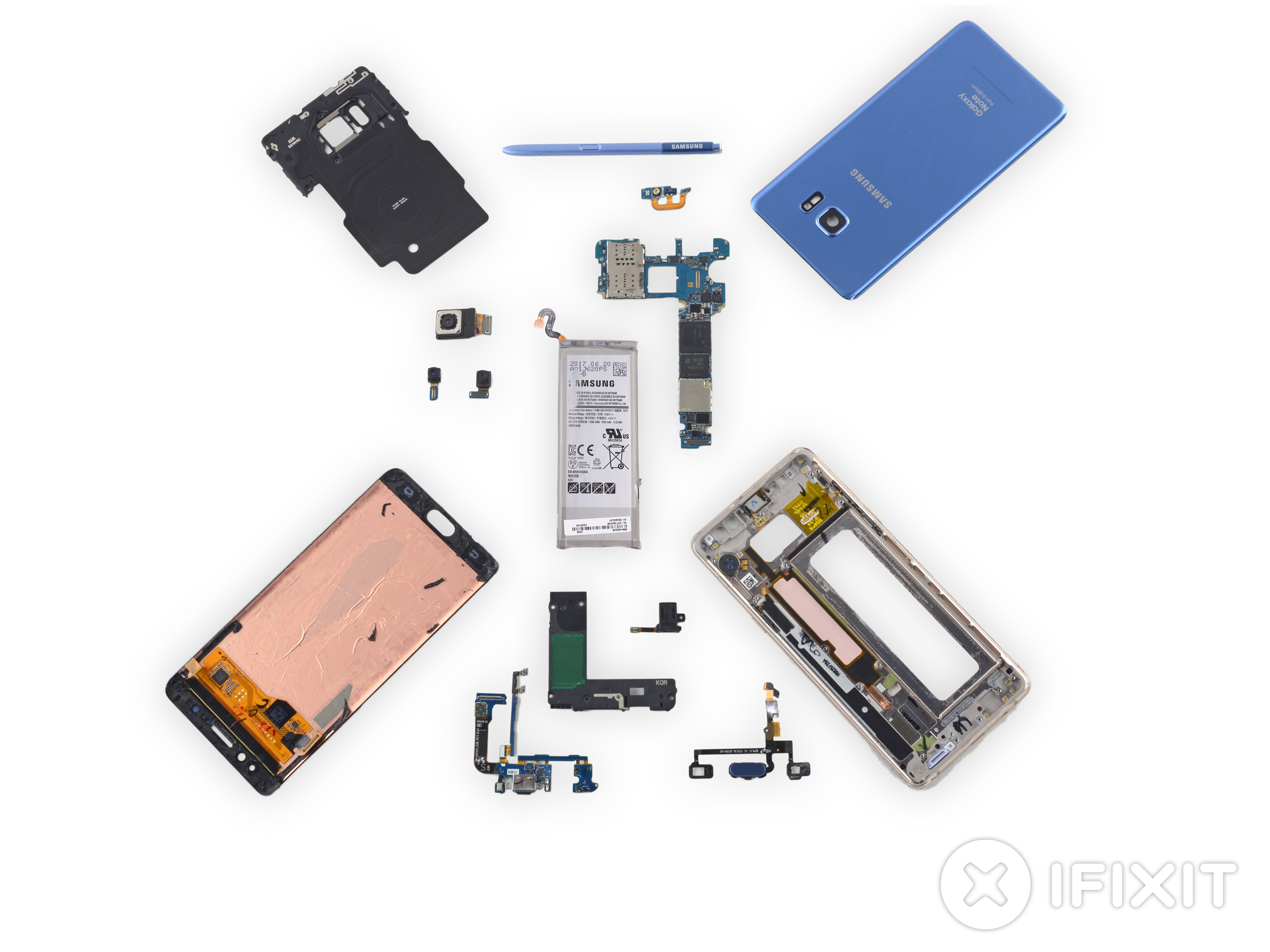 Teardown of the refurbished Galaxy Note Fan Edition on July 12, 2017 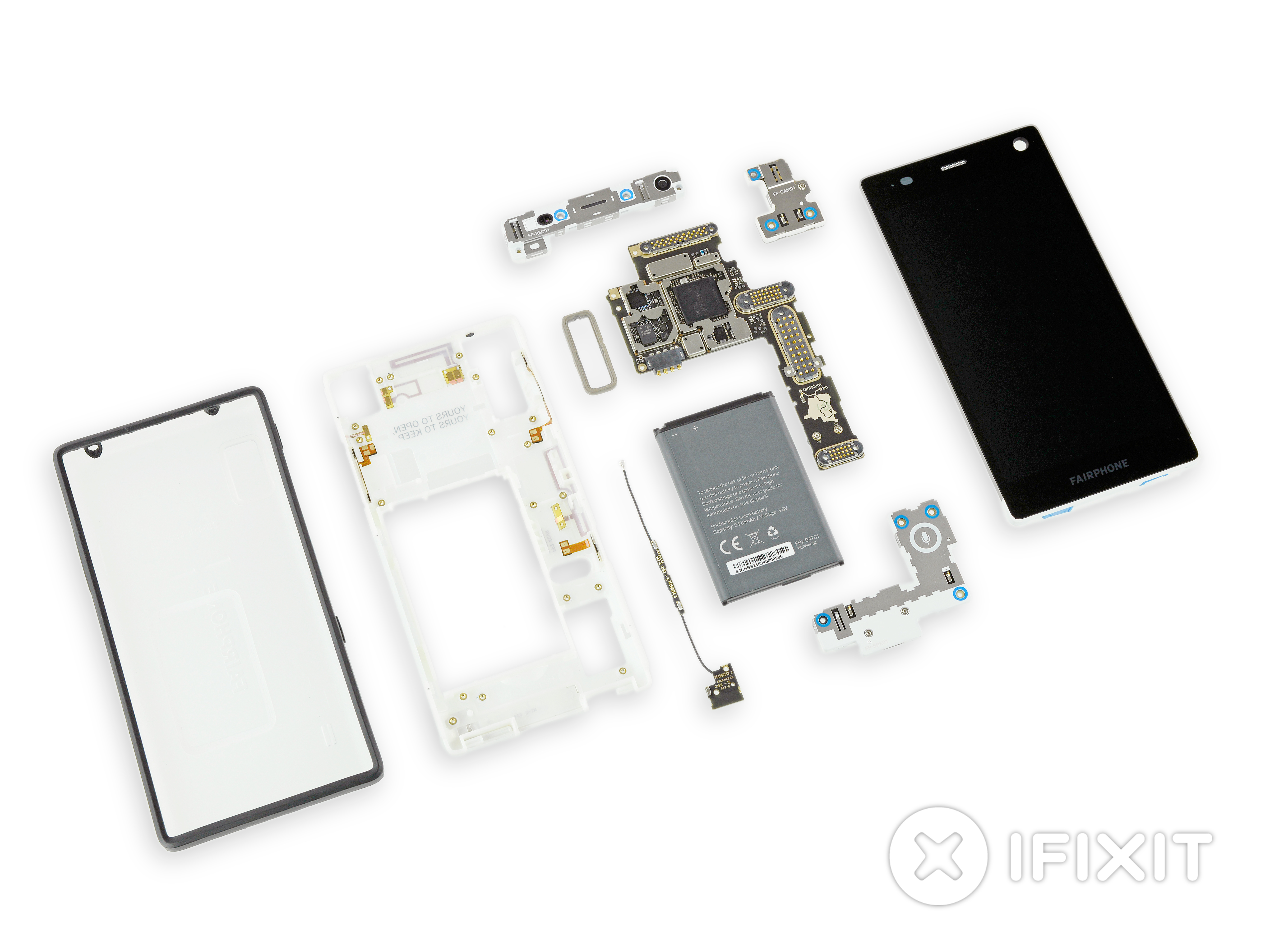 
That obviously leaves room for improvement, but as the iPhone 6 has a value of 6.91, it’s not as bad as it seems.

Here’s another article from CNET explaining the measures Samsung has take to keep such a desaster from happening again. Clearly something a company the size of Fairphone can not do and survive economically.

The company opens up about the source of one of history's worst tech product recalls.

Development of better batteries or better capacity is an interesting topic, and there’s development in that direction, though I don’t currently have any interesting related articles at hand.

Also, smartphones have become larger since the release of FP2, with a better screen to size ratio (“smaller bezels”). In general, they have larger battery size.

Every time when I had a larger battery (ThinkPad T61, Nokia N810) it did help a lot I admit, but also because the old battery was simply flakey, and they both had a severe disadvantage apart from being non-official battery: the physical size changed. Not only that, it also modifies the weight of the device (just like replacing a DVD drive in a laptop changes the weight). A powerbank can only help so much with a battery on its way out, and quickcharge isn’t good for your batteries.

Unfortunately this is an article in German and behind a paywall, but it nicely describes the physics behind lithium batteries and why you can’t improve capacity as much as one would wish.
https://www.heise.de/ct/ausgabe/2014-2-So-funktionieren-Lithium-Ionen-Akkus-2278990.html

I use spare batteries (3 x), it is easy to change the batt. It is more handy than a powerbank and is uses less space. I have a sleave that contains the phone and a spare batt. (Freitag phone wallet, made of recycled products. 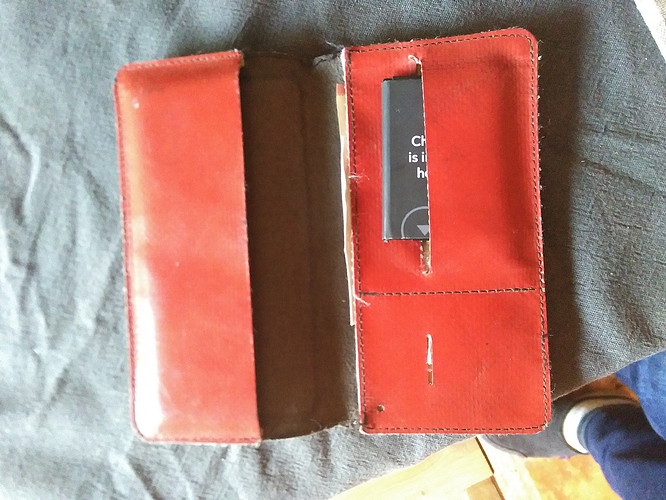 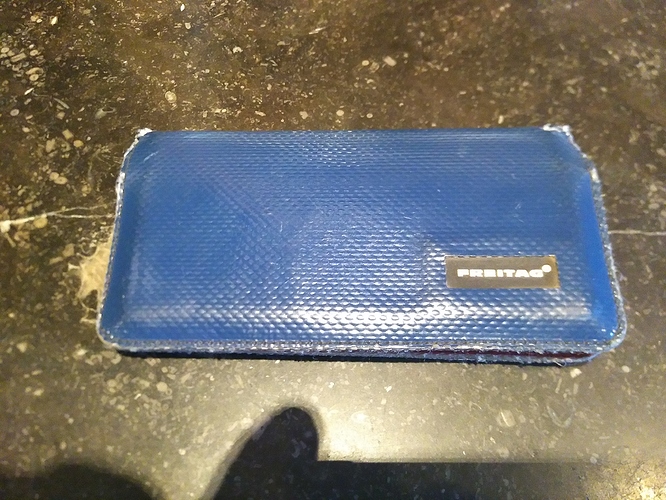 I use spare batteries for 2,5 years now, with no problems other than that the batterie was worn, became a bit thikker.
I charge the battery with a separate charger.

I’d rather there’d be a LiFePO_4 battery with less (about half) capacity but longer lifetime - and less environmental footprint. With Android 8 even half the original capacity can make the phone’s energy last for one day.

Or maybe a fuel cell (with methanol)? That would be truly awesome.

I’d rather there’d be a LiFePO_4 battery with less (about half) capacity but longer lifetime - and less environmental footprint. With Android 8 even half the original capacity can make the phone’s energy last for one day.

Or maybe a fuel cell (with methanol)? That would be truly awesome.

depends on usage
habits, of course.
Under what I would call semi-heavy usage (small games like wordfeud, Insta, WhatsApp, Twidere) checking/using/posting about every 5 mins, my battery lasts about 6-8 hours.

And it depends on the age of the battery. Lithium polymer types age much faster than lithium iron phosphate, which makes their nominal charge a mere number.

But yes, usage and habits add to the equation.