Audio Recorder comes with multiple options for sound quality, mono/stereo recording and a bunch of other useful settings

Standard Notes is an end-to-end encrypted notes service that lets you sync the notes to other devices, with a bunch of optional extensions for additional functionality

both apps are also available on F-droid.

It would be interesting to know what each of these services does, so uninstalling them would really be an informed decision .

Yes, but it does not include all. For example “bips”, what is it? What could I need it for?

For example “bips”, what is it? What could I need it for?

Hopefully this link will give you some clues as to what to do with a bips.

Thanks, but this was only an example to show that such an overview would be even more useful with a short info about what it is that I am uninstalling there.

So, exemplary lists of packages are being assembled, ways to find out what those packages are or do exist … and a Wiki already exists where this all could be brought together by everybody interested … ✏ How to uninstall and reinstall Android system apps / packages.

Just integrate a list of packages there, or start a new dedicated Wiki for this, and everybody feeling like searching for info on the packages can add the desired info step by step.

I had the same idea. I’ll create a new dedicated wiki topic with a list of packages in the next few days.

Found this universal debloater project, the folders list the packages and give information on what the package is doing

Bash script using ADB to debloat rooted and non-rooted android devices. Improve your privacy, the security and battery life of your device.

Here’s my current take … I try to walk a line between de-Google-ing the phone while keeping the basic Google Mobile Services (GMS, for OTA updates of the OS and some Play Store Apps I still have as APKs for installing) and the Play Store itself (for updates of remaining Google components) from breaking, even if I try not to use my Google account for now. I’m not a big fan of installing downloaded APKs from some website without an automatic update possibility which stores like e.g. F-Droid prov… 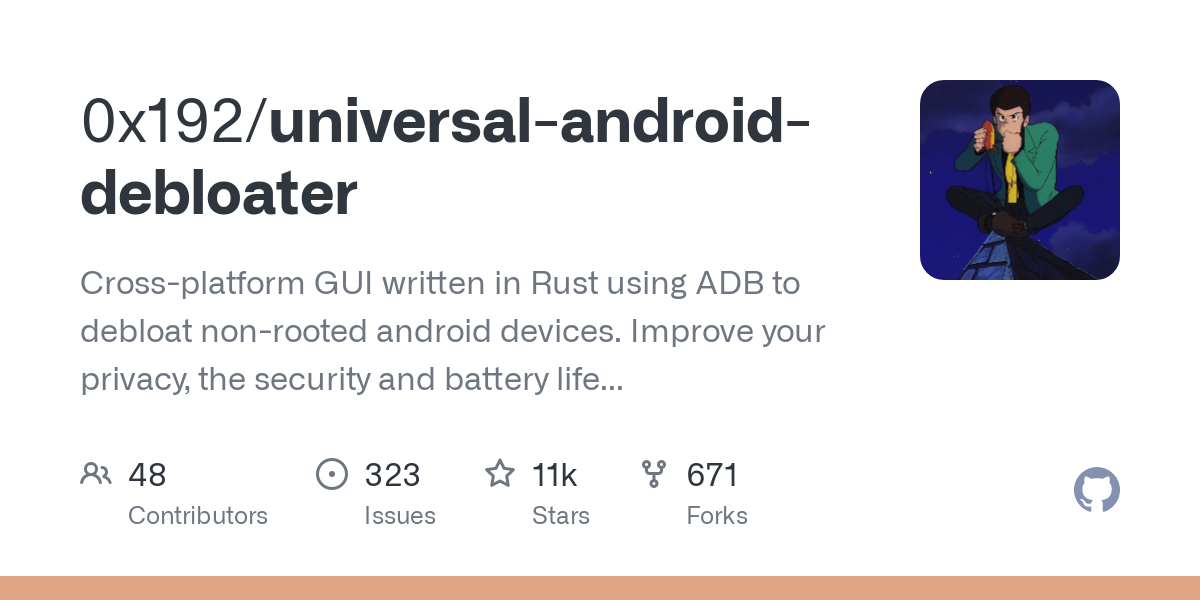