Hi, I live in NZ and need a new FP2 battery. It’s almost impossible to get a lithium-ion battery imported unless it’s inside a whole phone, which I don’t need. Does anyone know a generic replacement battery I could use? I saw there were some suggestions for the FP1 on this forum but I guess they wouldn’t work for FP2. Thanks, Cate

You might want to consider a reseller selling FP2 spare parts that ships internationally, e.g vireo.de, they seem to ship the battery to NZ as well, see here if you speak a bit German): https://www.vireo.de/marken/fairphone/8628/fairphone-2-akku

Just to answer your last question as well.
The generic battery for the FP1 won’t fit at all.
But unfortunately I have no other idea besides the ones already posted.

Maybe you can try jubatec.
They sell a FP2 battery and it seems, they do ship worldwide (at least it is possible to select NZ as destination). Their homepage is German or Dutch only - unfortunately. Edit 2:
@Alex.A was faster, but here’s the source.

There, found the topic I was looking for. You may want to ask this user about the alternative battery he had found and where, but I suppose in Germany. 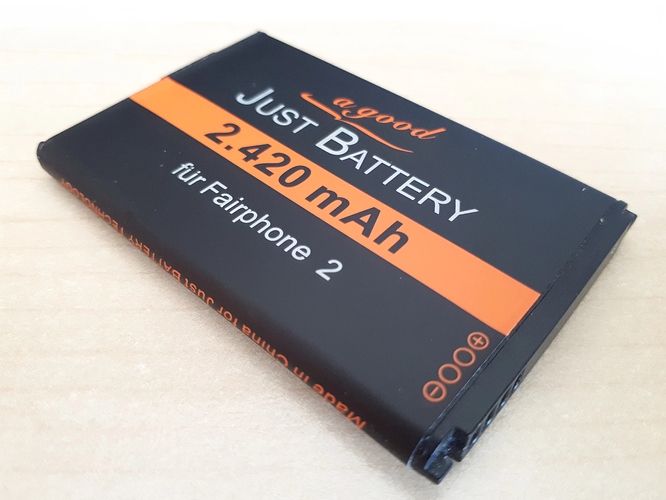 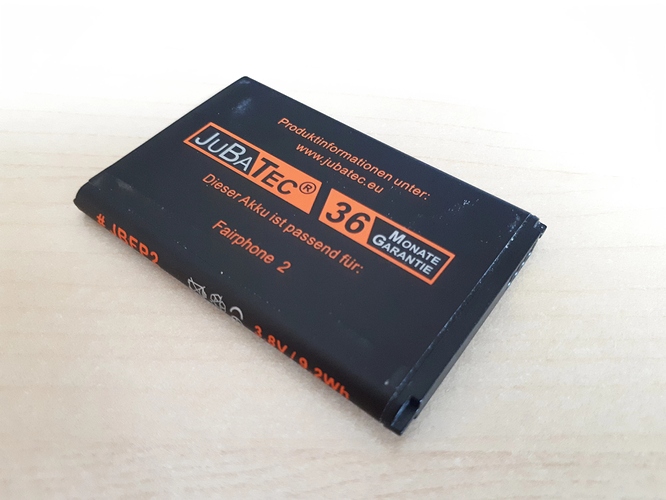 Edit: Well, the link of the shop is written on the battery (www.jubatec.eu), but I don’t know if it’s going to be very helpful for you…

Unfortunately “electropapa” (i.e. vhbw) doesn’t ship outside the EU, as it seems.

I have my doubts about jubatec as well, but at least they have a list of countries worldwide, once you click on the German flag-symbol.

And I just realized, that the jubatec is (currently?) unavailable.
I rather fear, that they went out of stock and don’t produce new ones, as the FP2 is out of production. But one never knows. Maybe sending a request can clear this up.

@JBap just responded to me that he’s still fine with the Jubatec battery he bought in early 2019 (FB group link, not public).

Thanks everyone, I’ll investigate to see if I can get one from Vireo or Jubatec - hopefully!

Any updates on getting a 3rd party battery to work? I’m in Uruguay with a verrrry broken FP2 (someone smashed it physically in a fight, it was actually impressive how many hits it took to completely shatter the screen!), and want to see if I can at least get the data off the phone. I don’t want to wait 2+ weeks for a battery to get shipped from Europe just to use it once to pull data off the phone. Assuming it’s not so broken that data can’t be pulled off. Are there any other brands of batteries that are similar enough that I can boot and pull the data off (and then probably resell the battery again because I have not use for it)?

Hi Andy, that sounds rough. I haven’t found a replacement yet, I’ve ordered one from Vireo.de who apparently ship to NZ, so we’ll see. Good luck!

Just for the record: I found the battery at the “big river” https://www.amazon.de/gp/product/B07JMBWPCR/ref=ppx_yo_dt_b_search_asin_title?ie=UTF8&psc=1