g: big disappointment here. Is there any little space inside where a tiny board could be fitted? I haven’t opened it yet. Is the dev team listening?

Is there any little space inside where a tiny board could be fitted?

I don’t think so.

Is the dev team listening?

Not here. This is a community forum.

Someone modded a qi charger via USB-C on their FP3.

@paulakreuzer a modified USB PCB may be the way. Some reverse engineering on order

Hi @Monica.Ciovica:
Do you know what made FP ditch the HW extension connector for the FP3, when it was on the FP2?
And what would the dev team think about a modified USB module with such a capability?

Hey I’ve already done that for the FP2, so what stops me from doing it to a FP3, other than the fact that I don’t have one. But I would find it way better if they made a extension port with some GPIOs and SPI/I2C directly from the CPU

We can work on it together, I have an FP3. I’m an electronics engineer with access to an altium license, or maybe I could get myself to use kicad or eagle.

I agree about your remark about Fairphone embedding some interfaces directly.

Now that I’m talking to an engineer:
I like KiCAD and am quite experienced with it. I also use blender to make 3d models for the housing and have a 3d printer to print them out in house. It might be more difficult, because they now a different style of connector, no longer pads.
You could send me a picture of the module, though. Maybe open it up. Reverse engineering was quite straight foreward for me, just meassure and make a list with the pinout. You can do that if you want or I can do it for you, if you provide me a module. I know some chinese factory that can make PCBs for a good price and have decent microsoldering skills to put that together myself. Finding a connector will probably be the hardest part, if you take some optical meassurents for me I can probably find a fitting one
We can talk on the forum or you can PM me if you want to do it together.

Will do that during Xmas holiday. Haven’t opened it yet. (Amazing!)

@Monica.Ciovica: I’d really like to talk with FPs eng team, maybe with @Leo_TheCrafter, about a HW extension port on the FP3. I’m in a res and dev lab at a university of applied sciences and an extensible FP3 would be a dream come true for many of our projects (wireless protocols, HW sustained crypto, sensors etc).
However we’d really welcome a jumpstart in the form of information about the FP3, instead of guessing and RevEng.
Please reply in pm or on my email address.

Is it not possible to use the USB-C port for extending the hardware? There’s also plenty of radios on-board: NFC, Bluetooth, 2.4/5 GHz WLAN, and various 2G/3G/4G frequencies.

I had the same Idea, why not printing an Extension-Bar maybe stackable, sticked into USB C but had also an USB C Port: 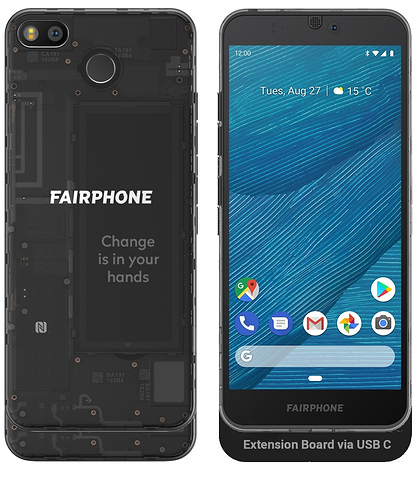 Another idea, that just came to my mind would be the fingerprint-sensor.

As this is something quite a few privacy oriented users would prefer to remove anyway, maybe this space could be used for an extension?
In case this would be possible, the modules for the extension port possibly could even incorporate the fingerprint sensor again, thus not neccessarily loosing this function.
Plus the sensor could be located differently, as some users already reported, that they touch it accidentally quite often.

I am not so sure about the extension via USB-C, as this will make the phone even larger (i.e. longer) than it already is. And it might stress the USB-port a lot, unless there is a new case for the phone including extension board, if I am not mistaken.

Plus the sensor could be located differently

Where? For me, it is pretty much spot on, and I am happy with the ability of having a fingerprint sensor. I would not want to trade it for an extension port.

(For anyone entering their PIN on Amsterdam CS: a co-employee of mine knows the person who watches the cameras, and he told me he can see your PIN quite clearly.)

I’ve come to the conclusion that perhaps we should not have all our personal information on our smartphone. Especially when leaving the country this is a concern, as the border customs agents can enforce you to unlock your smartphone.

Although USB-C is more durable this is a concern to look into indeed.

FWIW, I have been able to get my Logitech G933 wireless headset working with USB-C converting USB-A, and then sticking the USB-A dongle in. Now, the converter goes straight, I imagine a smaller one being possible, or one going 90 degrees.

I was thinking of some velcro on the left side of the smartphone case, to attach the above mentioned hardware.

I am not so sure about the extension via USB-C, as this will make the phone even larger (i.e. longer) than it already is. And it might stress the USB-port a lot, unless there is a new case for the phone including extension board, if I am not mistaken.

I know it will be larger, but this option is realistic and can be achieved now.
Imho I dont’t think that modifying the FP3 fingerprint sensor or anything else to get an hardware extension board will ever happen, cause the number of users is damn small, like here in the forum just maybe 5 persons used the FP2 hardware extension board, and if the real number out there is 100 it’s still to small user group. Don’t get me wrong, I still like the idea of extensionable phones, I’m just realistic, having the history of DIY of the FP2 in mind.

Interesting @Leo_the_crafter
although the real estate for pcb would be reduced, or requiring a multi floor pcb with flex-pcb or connector interconnects.

Where? For me, it is pretty much spot on

Unfortunately not everyone is sharing your experience, as unvoluntary touching the sensor is already mentioned in this forum:

Sometimes while gripping my locked phone, I’ll accidentally lightly touch the fingerprint sensor and it will take too many failed readings and require a screen code. It takes the readings at an inhumane rate, like 6 or more per second. Is there a way to set the time between readings to prevent this, like to 0.5 s?

I would not want to trade it for an extension port.

Is it possible to remove the fingerprint sensor or get a backcover that blocks it? I have owned every Fairphone and i really like the idea, i also liked that it didn’t have a fingerprint reader, for me not having a fingerprint reader is a feature. I am considering PINEPHONE and the Librem 5 instead of the FP3 but for now i’m happy with my FP2.

I know it will be larger, but this option is realistic and can be achieved now.
Imho I dont’t think that modifying the FP3 fingerprint sensor or anything else to get an hardware extension board will ever happen, cause the number of users is damn small,

You might be right of course, though it escapes me, why an extension board to plug into the USB port would be more realistic (well, maybe it’s much easier to achieve) or attracting more people than som ingenious stuff like this one for FP2. And the ones realising the extension board would most likely be the same ones realising an “internal” solution. I have no idea how many PCB extension were made, but the thread says, they were sold out.

[image] The pcb is just fitting perctly into my designe

[image] [image] But what do you think?

Here’s one of the pictures: 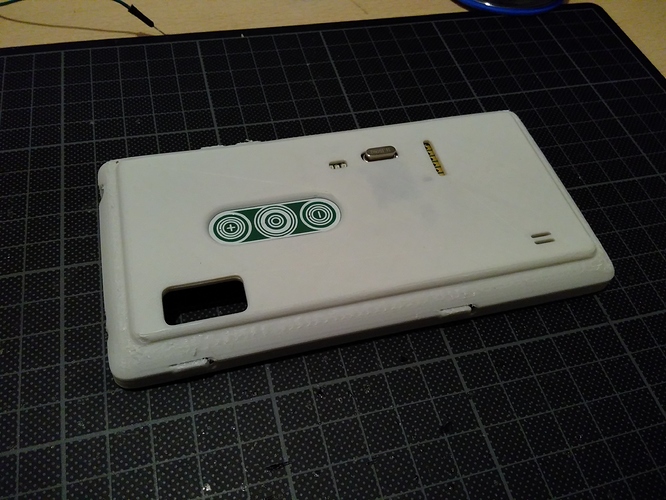 @JeroenH
This and the other pictures in the linked thread might illustrate, what I had in mind with relocating the fingerprint sensor. It would take a new backcover of course, but I love this neat design.

Of course it was just an idea of mine, and I am far far away from being a technician, so this might be absolutely out of reach. But seeing picture 3 of Step 9 from the iFixIT teardown of the FP3 the fingerprint sensor at least includes a tiny PCB attached to it, though I have no clue, if the contacts used for this sensor would be of any use for an extension port.

This picture shows the fingerprint reader is within the PCB 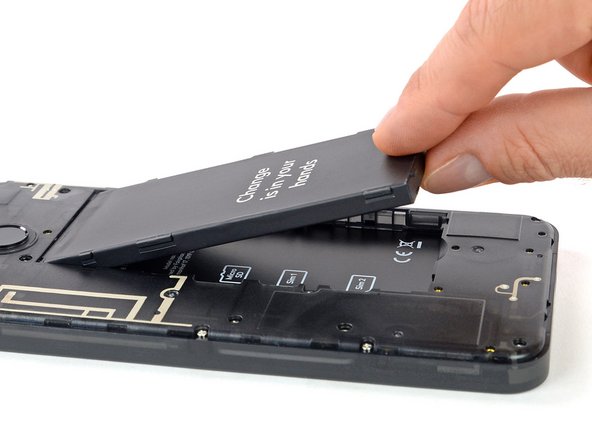 So for the FP3, it would make the device a bit more bloated (thicker). Although, yes, perhaps you could replace the physical part of the fingerprint sensor with something else without bloating or changing case.

For a FP4, the thing is, people (reviewers) in general do not like a fingerprint sensor in the back. They prefer it on the front (when bezels were still larger), behind the screen (because bezel size has diminished), or on the power button (because bezel size has diminished). A FP4 would follow the trend of solution #2 and #3. That, or something akin to FaceID (solution #4).