Hi,
I posted some pictures in an earlier post. (Post:153)
There you can see that the seal is not at the same level as the case.
Are there people, who could check this at their phones?
In my opinion the seal is the main problem that causes this failure. Or maybe the seal of the speakers isn’t good enough to hold back the dust. Changing the display and the module with the proximity sensor with parts with a correct seal can in my opinion solve this problem.
Sure, this is only true if dust is the reason.

Me as well, but that’s not the only situation where I hold it vertically, e.g. also when I’m reading (in bed) or in other situations. So if I understood you right and you were thinking of basing the screen off on the position, I could imagine that also in other situations when you need the screen it might get either off. Though, if it’s connected with an active call the fault rate may become acceptable? Anyway, interesting idea!

I have my Fairphone 2 since beginning of February 2016. I have a problem: when I make a call, the screen is totally black and it turns “on” only when the people on the other side close the call. I’m not abble to stop the call.
Moreover If the interlocutor do not answer to my call and that I get its voice mail, then I have to remove the battery of my phone to stop the call… When I receive the call, the screen is ok. The problem it’s only when I make the call. So annoying!

I have already test to do the following things:

But nothing solve my issue.
It makes my Fairphone unusable !

i can confirm that dust ia the reason! when i clean the inner side of the display the sensor works as it should but after a few days the problem occurs again. i already ran through this procedure three times…

I have the same issue with the proximity sensor. I’ve found a workaround on the net (FP2 does not seem to be the only one with proximity sensor trouble). I pushed a small piece of aluminium foil on the sensor (see picture below). It makes the sensor feel that there is always light and the screen never turns off.

I will see with time if the workaround is not worst than the problem: the screen is on during calls so the cheek can interact with the screen. 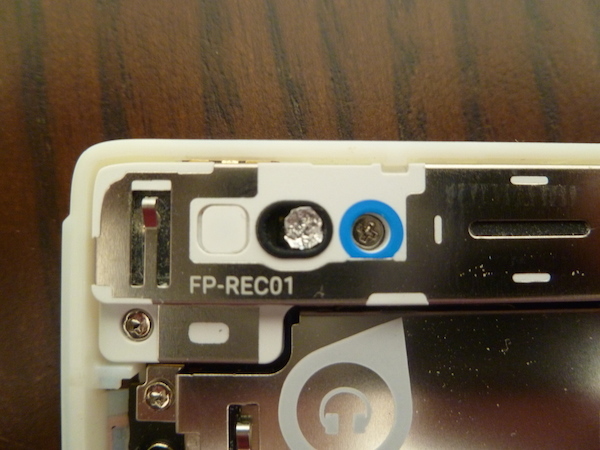 Well, in this case you can use the power button to switch the screen on and off or an app that does it for you.

Well, in this case you can use the power button to switch the screen on and off or an app that does it for you.

Thanks for the tip !
Up to know, I used to use the power button to end calls ^^

HELP!!! I’ve had the same problem. Tried the work around taking off the screen and cleand the proximity sensor. But now the screen doesn’t do anything!!! It doesn’t turns on any more

Maybe it didn’t snap well into place. Take it off and put it back again. I hope that helps.

Well after about 10 times it worksagain, but the proximity sensor is still not working

I’m having an intermittent problem with my phone. I dial the number and the screen goes off when the phone goes to my ear. If I then need to type in a number of look at another app while on the phone I can’t because the screen doesn’t come back on. I can’t even hang up the phone so have to reset. Sometimes the screen comes back as I press various buttons and tap the screen. It’s very annoying!!!

I got the same problem, one in two!!

Exact the same with my phone. I would love it but it don’t work…

What happens if you just tap shortly on the power on button on the side?

I am curious: Will this (the aluminium foil) break the ambient light sensor and the adaptive screen brightness?

Good question ! I didn’t thought about that since I’m not using this option. I tried. The adaptive brightness does indeed not seem to work with the aluminium foil installed.
To me it is a small issue compared to the non possibility to use your screen during a call (after a few days, the workaround still works perfectly well

Cleaning and rebooting is not a fix for this problem. The screen remains locked even for video calls ( at least for the couple that could be started before screen locks after cleaning and booting).

Hi,
Just for the record:
I’m having the same issue. Not every- or every second time, but occasionally: When I want to end the call, the screen remains black and turns only back on when the other side ends the call.

accordig to the numerousness of people having these troubles i wonder if there ever will be an official statement of fairphone. for me it seems like they don’t really care about the problem!, but it actually is kind of a big thing for many users.