FP2 playing music with no input

Hello! My FP2 sometimes starts playing music all by itself… and no app is (apparently) working!!..so I found only these emergency alternatives: either you reboot the phone or you switch on and off any
music/video player (like VLC I installed).
Anybody can help me about that please?

And the music player is not in the notification area like this? 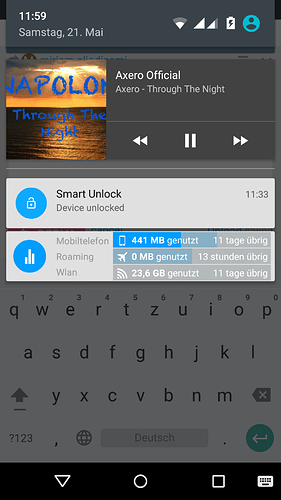 Some music player apps won’t stop when closed (over the square button at the bottom) but rest in the notification area.

No no, it starts playing randomly during the day (it can be nice too … it chooses what it wishes to hear for you ;)), and there is no app opened!
Actually, the first time it happened I had stil no clue about what app I should have used to play music (is there any pre installed as default?) and I installed VLC afterwards.

(is there any pre installed as default?)

I only know three pre-installed apps which play music in the background:

But there is always an icon in the status bar when they play music in the background.

Next time when the music is played automatically, don’t open a music player, but go to Settings - Apps - Active. There you can see which apps are currently active. 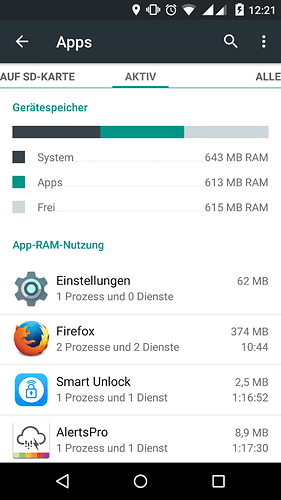 Troubleshooting Tips: Increase the touch and hold delay: Rule out screen & battery issues #disassemble your phone, carefully clean the connectors perform a battery reset as described in the #batteryguide Update your Operating System (You can manually update as described here even if your screen doesn't permit you to update normally). Try to find a pattern. When does this happen? If it only happens during phone calls than it's probably a proximity sensor issue. Go here for more info a…

This is very far-fetched. I don’t think that these issues are related.

Maybe it is really far-fetched, especially if the phone consistently and exclusively starts playing music and doesn’t mis-behave in any other way.
However, I wouldn’t rule it out completly, especially after I saw this post:

At least I think increasing the touch and hold delay would be worth a try.

On August 1st I wrote
"(Sorry for this late feedback!)
Apparently it doesn’t play anymore. I guess one of the updates of the software solved some related issue and it stopped. Thanks for your help!

…but actually yesterday (19th September) my FP2 decidd to play again.
I checked it was Google music, which appeared in the running apps but not in the “preview” showing the running apps from the home page of the phone.

Hi, i had a similar problem to this one FP2 playing music with no input
Which is sadly closed whereas the problem is not solved
My phone started playing music from the SD card by itself. I closed all the apps and it kept going. So i followed the advices in the previous post and looked in settings/apps. I found that google music was opened so i killed it and the music stopped.
Kind of weird bug. My phone is up to date

Yes, I have (still) the same problem. Yesterday my phone played again after almost 2 months of “silence”…
I answered on the post I wrote which was “solving” the issue.
I have no clue about the problem behind. My phone is up to date too.

The only thing I see which could trigger music playing without input, would be plugging/unplugging a jack in the audio socket.
Possibly, check if some dust or any material managed to stick inside your socket ?

Might also happen when you connect/disconnect a BT speaker.