This actually is one of the worst as it almost permanently calls home at any time. Look at this log of my firewall: 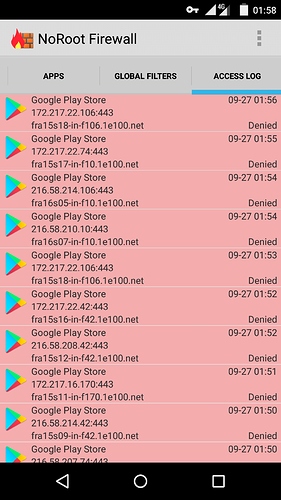 playstore1080×1920 375 KB
It keeps on calling home nearly every minute. And usually it is blocked. Just imagine how it would go beserk if not being blocked spending data volume, using and keeping active any available data connection draining your battery.
Once in a while I unblock it if going to the store. Then it keeps on transmitting whatever data until I leave again and block it.
Although it does not look like it is a resource hungry monster. I can only give you advice to also get a firewall to have more control over such apps. This will have an overall positive effect. Or switch over to another OS.
1 Like
Dr_Cool September 27, 2018, 4:58am #469

If you’re the kind of consumer who thinks that giving a company total control over your personal data and paying abusive amounts of money for a white apple drawing is OK, then you’re evidently coming to the wrong forum.

Of course it could be just one app that accounts for battery drain, but no apps - factory installed or downloaded - stand out as big battery users.

In the default battery settings many things go unseen - get an app to monitor your CPU, as described in this forum post: Fed up with Fairphone battery problems

And @Patrick1 is probably right that it’s the Play Store in your case. What might help is deleting the data of the Play Store or Google Play Services app to ‘reset’ it.

In the default battery settings many things go unseen

I am not yet quite sure how the mechanism works in the background. There is the file indexing service (Media storage) with its sub-services starting as soon as the data structure on any available media has been altered. It can be partially controlled by placing those .nomedia files in folders which should not be scanned.
Usually after every reboot the service starts to scan and also after having un-/installed apps or transferred files, taken new pictures etc. Sometime it can take long time until this service finishes its job.
Then again there is permanent traffic going on with all Google apps and services. Also the play store keeps a precise list of all installed apps and even removed apps. Many third party apps also keep on transmitting data to somewhere.

These background actions actually have a noticeable impact on network traffic and battery life. If not monitoring them most users cannot believe how much is going on with the phone although the screen may be locked pretending the phone is asleep.

Phone suddenly started to discharge very fast out of the blue. 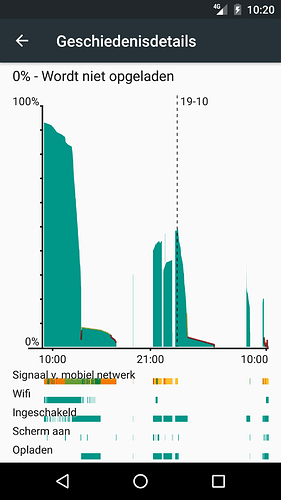 I have exactly the same problem.

Battery drains fast, CPU overheat (around 83° C), and this happened out of the blue 48h ago.

When turned in Safe Mode, things seems to be ok. I suspect a third-party app to be the problem, I started to monitor everything with SystemPanel 2 (https://play.google.com/store/apps/details?id=nextapp.sp&hl=en_US) and it appears that the CPU is always working around 85% capacity but no app seems to be that demanding.

I am really concerned about this issue.

I don’t know if it’s a general problem or that my battery is dying.

Well, after boot this if normal, as the media scanner will for media files. That’ll drive the phone warm. After like 10 to 20m system should get back to normal, though.

I thought the same as you but no matter how long the phone have been turned on, the CPU capacity stay high (and the phone very hot) until the phone shut down due to the battery drain (which happen several times a day for the past 48 hours).

Imho, there must be some process occupying the cpu. No reason for the cpu to stay on high frequencies without need.
You might try to boot into recovery and clear cache, this helps some people.
And, how old is your battery? I got me a new one after nearly three years. This was necessary… (Also, I’m now using battery charge limit, to not stress the battery with charging it to 100%)

Thanks for the advice. I did what you recommended but nothing changed unfortunately.
My battery is one year old (same as my Fairphone 2).
I’ll continue to search for a solution.

Too bad. But still, if your phone gets and stays hot, there must be some process requesting the cpu. This should be visible

Or it’s a hardware issue. E.g. faulty SIM cards are well known to cause battery drain and heat.

Ok, I solved my issue by removing many aps. Some of the removed aps I suspect of doing harm:

I didn’t check what app exactly was the culprit. I remove some other apps don’t use often. Still weird though that the phone started behaving weirdly out of the blue. And that wifi is reporded as being ‘active’ while it was swichted off in the settings.

One useful tool is the android debugger. You can use it to login to your phone and then inspect the processlist:
adb shell
top -m 10

I decided to get rid all all the apps on my phone, one by one. I live in Germany and have had the Cinestar (cinema points app) installed for over a year. I deleted it two days ago when i realised that it had lost my credentials. I don’t see anything else that I did, but for the first time in many many months, i got home today and still had 30% battery. As I speak, i have not plugged it back in since this morning (and even this morning, i had only charged it up to 83%).
Ah, one other thing: I took out the SD card, since it was giving some kind of format errors. However, i had removed that before and didn’t see a change.

I’m living in Germany too and had since two days the problem that the battery losts power fast than i can charge and the top of the phone gets very hot.
Than i reactivate “Startort” - the english word may be localisation - and the problem has gone completely.
There are some apps which can reactivate this setting, for example the “Bahn app” - I know that i used this app in the last days often.
Christoph

Using “Better Battery Stats” app i could find that the Google Photos was consuming more than 30% of process CPU time, draining battery and getting hot the CPU.

It’s public that Google Photos have a bug that maintain the app in a infinite loop when is scanning certain images with wrong metadata.

After using my FP2 for 2,5 years, both my batteries (i have a spare one) drains quickly.

On which Android version are you?

I’ve the Android 7. I’m starting to dissable some of the apps that i don,'t use. I already closed FB when i’m not using it on my phone.