I set checking for new emails to a 1 hour interval, and I have no problem with K-9’s battery behaviour.

Okay, I just set it to that.

Thank you, will try that!

I’ve similar problems just lately, without new apps installed etc. Phone gets hot, sucks battery. I thought it’s rather the mobile data than the Wifi (or malware?? How to find out? Suggestions?) Battery could be down from 100% to 1% as fast as in 20min. Funnily, when I set it in flight mode when at 1% and let it lie around, more often than not it’s back to 40 or 60% after a couple of hours without charging. So I believe there’s something wrong with the battery gauge, too, perhaps disturbed by the heat?

If the phone gets hot some apps are running amok. It might be interesting to get a logcat. Don’t let you confuse by wakelocks. They are ok, and only a sign of something running astray.
You might also want to install an app like osmonitor, which shows you the running apps and their cpu usage. Also, you’re using bbs, as i saw. Try to get an idle dump for as long as possible, then click on share and just save. This gives you a raw dump where one can see the most…
K9 is normally very good with battery (I’m using it for years now), but if it tries to send mail or scan the inbox, and at that moment your connection goes down (temporarily), it might spin for quite some time and eat battery. And then, the messaging app obviously did that also

I use Watchdog Task Manager Lite to identify apps running amok when the problem isn’t related to wakelocks.

My FP2 battery was 2.5 years older. I had to charge it often, usually just at night (with 5% left) but in critical days, two times. So I ordered a new battery, installed it, charged it and this happened on the first run: 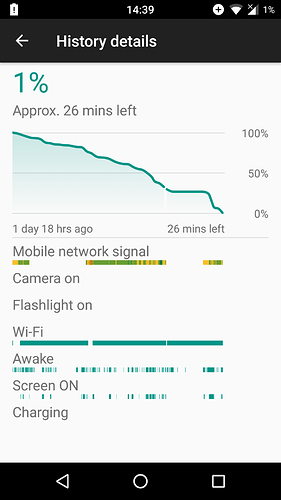 Also note that I completely disabled extreme battery saving mode (the thing that tints your bars orange), so real battery should be even better.

If your battery is old, consider getting a new one and keep your Fairphone 2 for longer!

That looks solid. I think it should be a value most users could live with.
But I believe you are a type being out of any troubles having battery draining apps running in the background.
There are users out there whom´s handset isn´t and they therefore tend to blame the poor battery performance, old SoC or OS.

But I believe you are a type being out of any troubles having battery draining apps running in the background.

I however forgot to say that I don’t use GApps or any Gobble thing, practice which highly increases battery life, indeed.

Ok, yes that´s a point.
I can realize that if wanting to come close to your value GApps users would regularly have to keep the phone in flight mode which would then make it hardly useful.
So scrolling through the firewall log shows how active GApps are and I am wondering how the phone can ever reach deep sleep. (maybe the servers fall asleep when it´s time toooooooooo…

AFAIK, Google Play Services (or whathever is now called the com.google.android.gms package) is specifically not battery-optimized. In fact, the whole point of Gobble pushing battery optimizations forward is forcing app developers to use Google’s push notifications, copying the Apple’s iOS model of centralization-or-GTFO (because noone wants to ask each of their users to disable something positive for their phone, although not for your privacy).

I’m sooo happy! also my phone is fast and never reboots and everything works like a charm… I’m sorry I left the Fairphone movement but not sorry to have this amazing phone!!!

Hi there,
I got a copy of BBS and got lots of dumps over a week. I tried with “WiFi off”, then “Wifi on, and Mobile data off”. I also set the ‘Keep Wifi on during sleep’ to ‘never’.
The phone always lost about 10% over 8 hours when idle, i.e. 1.2% per hour. This is quite a lot.
One common thread in the dumps is that there is often a bad connection. I also tried it in my workplace and had similar stats. Is there a problem with the phone that it loses Mobile signal when in sleep mode?
I posted my results to the BBS forum but the person who responded, said there is very little they can do, since there is not much development on Fairphone.
Does anyone here know how to address the issue where there is 75% poor signal?
See below a small part of the dump. The forum doesn’t allow me to upload a txt file. Google Drive link: https://drive.google.com/open?id=1asbcApL759E6-Ntrak4wciB1X-bGfSzp

The forum software is called Discourse. It’s their team who made this possible - for free! Fairphone just downloaded the software and installed it on their own server.

Oh, fine - looks familiar to me when opening my battery stats.

You have lots of traffic on your mobile while in sleep, especially the Cisco thingy… So the phone obviously has a lot to do, with 4h bad signal. Don’t you have wifi? Could you Patton you phone elsewhere, where the signal might be better?
Also, mediascanner/photos, does not happen in mine.
Are you rooted?

Hi @lklaus thanks for checking. This was a test with WiFi off. I will run another dump with WiFi on and repost.
My phone is not rooted.
Cisco teams uses about 800kb. If this is a lot and it does similar in my next run, then I will add it to the hibernate list.

MediascannerService sounds like the Files Go app from Google. I will dig further.

Regarding the “hot processor” issue: I noticed that the processor part has a large ground plate (as it should be) which also acts as cooling surface. The “inner case”, however, covers this completely. I was wondering if anyone has tried to 1. bore a fex large holes into the “inner case” abd 2. bore a few small holes into the outer cover as well to facilitate cooling air flow. Any objections?
My 2cents to the whole discussion: I manage to get quite far with a single battery charge (3 yrs old) by

I manage to get through a three-day hike with this, using the phone occasionally for navigation, texting and weather checking (hoorray for the great coverage in the Swiss alps!). I have about 1,5 days when using it a lot. Perhaps this helps someone.

deactivating automatic updates completely except for the essential ones (babyphone

This as I see it seems to be the most power draining option which most users don’t dare to deactivate. It not only spends a noticeable part of the mobile data but also keep the phone permanently active, connected, communicating while draining the battery.
I somehow have the impression many users are simply afraid of not having all apps permanently up to date. But keeping the apps up to date while receiving OS (security) updates only once in a while is only a slice of the security problematic. Furthermore as I assume most users don’t spent much time on reading into app permission details and simply install whatever they think they are in need of. Even new permissions are introduced by updating which are only in rare cases explicitly listed in the “what’s new” note but can be found in the (more or less hidden) app permission details. Reading does not seem to be of much fun.
If users would take more care of and adjust which apps they install specifically of the requested permissions their handsets would operate a lot more trouble less and to their satisfaction. Btw. they could keep smaller/cheaper data plans, have a longer run with one battery charge, a better performance and after all a more positive user experience.

killing apps
Closing the GUI from the app list with the “x” ? (often keeping the app active in the background) or using the “exit/quit” option or “force stop” it?

I assume here you mean to “force stop” it. This can be done to many apps, not only Google’s. I have most apps which I don’t use on a regular basis in this state.
The power saving is noticeable and I don’t face any problems.

The first FP2 Marshmallow upgrade had a bug which put the screen to completely black as minimum value of the most left slider position, it left some users with troubles to readjust the brightness again. You could reinstall this very first image

Perhaps this helps someone.

Surely it does, as it shows that the individual use and setup has a massive impact on the battery run. It requires a more attentive and conscious usage of the device. Many users are not aware of this or incapable to manage this.
I rather have the impression keeping things simple, convenient and complaint about a poor battery or phone performance is the preferred way to go these days.

I assume here you mean to “force stop” it.

No, most probably @Theo_Retiker means “Diablie”. This refers to system apps, which you can’t uninstall: they can be disabled, I.e. they are inactive and cannot be used anymore (unless you enable them again). 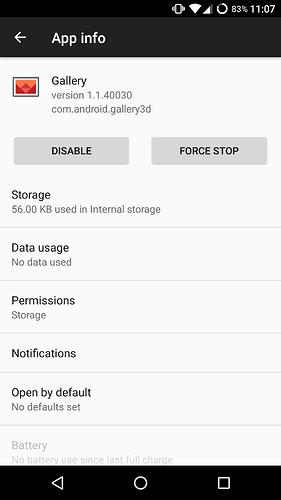 Hi @Patrick1 and @Theo_Retiker, when you say “deactivate automatic updates”, do you mean the dialog box in my Screenshot, within the Google Play app? I saw you hardly use Google, so maybe you meant another dialog. 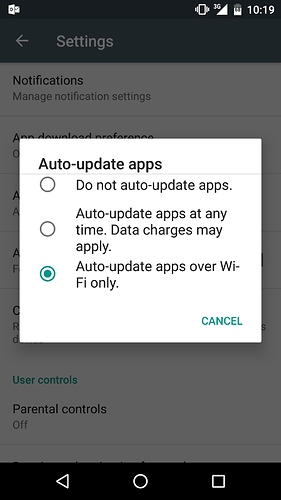