Fairphone 4 - What is wrong with this thing?

my old phone is nearly dead and so I decided to buy a new one, FP4 that is.

So, I’m not THAT good with hardware and android and stuff but I’m not a computer illiterate. Or that’s what I thought until I’ve got this phone.

For starters: My microphone seems to be wonky. Some people (very few, most say I sound fine) don’t seem to understand me when calling. I’ve done the troubleshooting with this ##suchandsuch number and saw that of the three microphones only one seems to create feedback, the support on the phone (which could hear me just fine) said that’s highly unusual and I should try and get a replacement from the vendor I bought it from (German Telekom).
Now I need this phone not only for private stuff, but work as well as I can’t use my work VPN otherwise, so sending it in and not having any phone isn’t an option really.
I’m highly confused because most people seem to hear me just fine though, even when the troubleshooting says 2/3 are basically dead.

Second problem is that I got my data from my old phone, copied it onto my PC and of course tried to get it on FP4.
The data was cut from my PC (as I wanted) and then vanished into oblivion. It’s not on the FP4, neither is my music nor any of the photos. In addition to that however some folders WERE created but not their contents. Now these folders are on the external SDXC card and are not even deletable anymore. Also I can’t write anything on there anymore via my PC.
And I can’t move data from the internal data to the external card either. It’s just not readable anymore.

What can I do now?

Edit; Hooray, a new error. My music player PlayerPro, which worked 100% fine on my old phone now does not work at all. Can’t find all my songs on the external sd card, which after rebooting the phone 3 times suddenly worked again.

Is this phone that unstable to use? I mean, if I can use a Samsung phone, I should pretty much be able to use a FP4, right? If this continues I can’t use anything I might want to use the phone for, which means factory reset and back to sender, which would be really sad.

SD card : If previously formatted and contains data ignore FP4 offers to format
If unformatted when slotted into FP4 format as Portable/External

If you format as internal it is encrypted and unreadable except on your logged in phone.

Sound. During calls and videos via the ear the mic is the bottom, be careful not to cover it.

In hands free the mic used is at the top

This is not normal behaviour for an FP4; it sounds to me like you received a defective phone. As inconvenient as it is to be without a phone for a while (maybe ask a friend for an old smartphone to borrow?), it really is best to get a replacement - I don’t think these issues will just go away and you’ll just get more frustrated as time goes on. You paid for a warranty, so please use it! Don’t settle for a broken device when you’ve paid for a fully functional one!

Honestly I’m not even sure what to do currently. I’m already frustrated with the phone on a level that’s rare even for me.
I don’t yet know if I’ll return it fully (as the German Telekom wants of course to repair it, fully ignoring that the law in Germany says customer gets to choose between repair and replace) and get my money back or try to have it fixed.

I’ll sleep a night about that I guess…

The data was cut from my PC (as I wanted) and then vanished into oblivion.

I know it’s too late now, but never, ever use cutting when moving valuable data on Windows, regardless of whether it’s moving it to the Fairphone, another device, or to another folder on the same PC. if you cut a file and pasting fails, or you accidentally select some other files to cut without pasting the previous ones first, Windows just deletes them. always copy instead of cutting, and make sure they are properly pasted before removing the original copy.

highly confused because most people seem to hear me just fine though, even when the troubleshooting says 2/3 are basically dead.

So far my impression was the FP4 has only 2 mics. However, each mic is used differently in different use cases, please see here for details.

Got a reply from Fairphone support. Main microphone You’re correct that the bottom microphone is used for calls - regardless whether normal phone calls or via an app. Top microphones During a call, the top microphones capture ambient noise. That is then used for noise cancellation. During loudspeaker and video calls, the top microphones should be used for the bulk of input. I tested my device with a phone call and an app call (via Messenger) and at least in these cases, it works as intend…

I don’t completely understand what happened or is working or not working reg the SD card, for some troubleshooting to format as portable see here

Hi everyone! My FP4 has just arrived

Although I don’t use a Google account, I managed to (manually) migrate most of the apps and data from my old Samsung Galaxy A3 without any major issue. The problems started though when I inserted a fresh 128 GB SD card (SanDisk Extreme microSDXC UHS-I A2) and formatted it as portable storage. As I read in the forum, this is the preferred option as it’s supposed to work better than formatting it as internal storage. Yet, while the SD card se…

Althoug there are some hicups with formatting es external at the moment, its not recommended to format as internal, please see here

Android 6 introduced new options for using an SD card in your phone. When you format an SD card or insert a new SD card, you’ll have two options: Internal (adopted) storage or External (portable) storage. The option that most closely matches older Android versions is the external option. There are a couple of things to take into account when choosing which option works best for you: Formatting as internal storage (

see warning below about such

Do you happen to have a #fairphoneangel close, that can maybe assist 1:1?

Hey there. The original data is still on Phone A, so it’s not “gone” gone, but it’s a few horrible hours of waiting and transferring it back to the pc gone. Thank god I wasn’t that stupid. Usually I tend to think better about this and do it as you said, don’t know what exactly came over me … I blame it on the existing problems with the phone though.

Hey to you too

I think I’ll have to return the phone to the vendor as there’s more and more stuff acting up.

The FP4 said to me it’ll check the bottom, the top and the left mic, so I trusted on that xD

As for the SD card, I bought it and just put it in the phone and let the phone do it’s thing, so that maybe was my error?

I’ll just return it to the vendor, get my money back and then, after christmas order it from Fairphone company directly again. Before christmas there’s not much sense as the delivery services are already swamped and loose a lot of stuff.

As for the SD card, I bought it and just put it in the phone and let the phone do it’s thing, so that maybe was my error?

Sorry to hear that you seem to have received a „Monday Device“. Just one note for your plans: currently delivery takes several weeks as there are problems as with all other electronic stuff etc.
so maybe you would like to go for repair in case this is faster and you Need a phone more or less urgent.
When you will set it up again, just have a look here to see where caution or workaround might be needed.

If it were me, I would refuse a repair and ask for a replacement or a refund. It is brand new yet faulty out of the box.

Is there any advantage in buying from Fairphone directly? Do the consumer rights you enjoy in Germany transfer if purchasing from another EU state? I’m asking by the way, I don’t know. If you had bought this FP4 directly from Fairphone, you’d have to box it up and post it back across the border rather than return it to your local point of sale and have them return it.

Is this normal for the latest model of a phone? It must always be better then the former phone. I read in an other topic that someone has trouble with the pictures. I need a new phone, but I wait untill it all works. Or else I need to buy an other brand after all. That’s not the way I want to go.
Is it better to buy a FP 3 ?

Newer products always have issues. Eventually these get fixed or workarounds produced. See Intel Pentium FPU bug for an example of how even CPUs can have bugs.

This is why NASA used old processors in the Hubble space telescope, since all the issues are known about, the errata as they call it.

Second problem is that I got my data from my old phone, copied it onto my PC and of course tried to get it on FP4.

Why didn’t you let Android do the work when setting up your FP4? The setup assistant does that in a very comfortable manner – you select which apps and what data to copy over and let the OS do the rest. Except for Signal, where you have to start the migration from the app on the new phone, and WhatsApp, where you have to import a cloud backup.

The issues reported around pictures were much the same fir FP3+. Saying that I had no problems but have tried a few apps and use Nikita a Gcam fork.

You cannot access the 48MPs in the FP3+ it is a quad bayer 4 x 12. Using the default app in the FP4 you have access to 48MPx which is usefull if you want raw data output.

How? Oo Honest question btw. Will get a new FP4 soon hopefully.
I’m working in IT, but honestly a phone is just a tool for me, so I’m really not that well versed in that regard.

Did it like this in a way now.
Sent the FP4 phone back to the seller and bought a new one from them. Will have to wait for that one though.

Here’s hoping you get a good one this time.

Well, this phone works way better than the original one I got. Audio seems fine (can only test internet audio as skype and such due to me nedding the SIM card inside my old phone for the next week).

A quick question though: Am I too stupid to use my micro SD card correctly (let the FP format it) or is this one not supported? 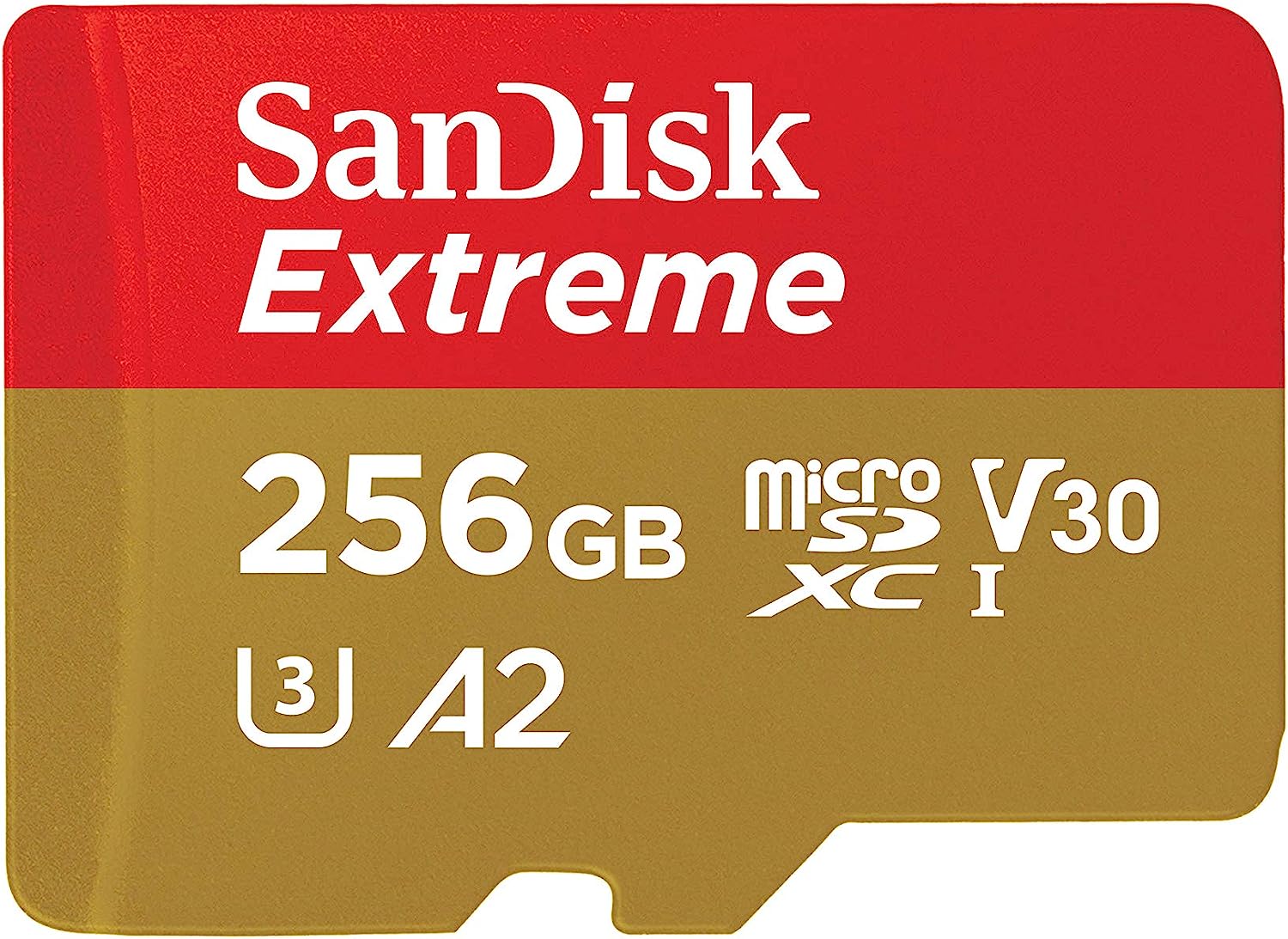 There seems to be a problem with many Sandisks.
Search ’ SD card’