I have managed to get the Fairphone 3+ through my employer and bought the case and screen protector myself and now have been using it for a couple of days.

Since I am switching from a smaller Pixel 2, it still kind of feels a bit bulky. I really wish there were phones with smaller screens. Bezels do not bother me, but being able to hold it comfortably in one hand would be nice. Pixel 2 was not that much smaller but still a bit smaller.

The one thing that was surprising to me was the location of the speaker. While using the phone, depending on the task, I might use my right or my left hand. So when I use my left hand, often it will cover the speaker. So in my opinion a speaker facing down would have been a better choice.

The performance of the phone is OK but I do feel the difference that some applications, like Outlook takes a noticeably longer time to start, in my case, it takes 3-4 seconds. Not that bad but still noticeable for a phone that released 3 years after Pixel 2.

I like protective case wrapping a bit around the corners, adding extra protection to the edges.

I should say that overall the feeling about the phone is about what I expected. I have not found anything that stops me from using it as a daily driver. And the battery, headphone jack, open bootloader, environment, fairtrade, modularity, and repairability (not in the order of importance) makes me feel that I made the right choice for the next 4-5 years.

Hi just to say there are three issues that crop up often
a) battery charging issues with non ideal cables and chargers.
b) the quality of the images using the default camera app

and
c) Issue of audibility for the person you are calling if using hands free or WhatsApp for example. This is a recognised software issue that has occurred apparently after an update and is in the pipeline for a fix.

Glad you are happy with your decision to buy Fair

Thanks for the reply and tips.

as about a - charging cable issues, I actually have experienced some difficulties with charging. I have a couple of [way overprised] Volta magnetic charging cables and tips and I had to find a certain combination for it to work. It indeed seems to be more “picky” about the cables.

as about b - the quality of the default camera app. I have not looked closely at the pictures but found that Open Camera experience seemed more public. It is almost as bad as Pixel 2 in low-light scenarios. I could say it is good enough for me though, as my expectations were not that high anyways. I will try NGCam, thanks!

as about c - handsfree problems, I have not tried handsfree yet. I will probably be using the wired headset from time to time. I might try the BT ones with Signal at some point.

First, the headset and loudspeaker.

I tried to use Skype with the loudspeaker and that is sort of useless.

I tried calling through Signal IM with 2 types of wired headsets and in both cases, it produced an echo for the person on the other side (who is not using FP). The person could hear himself with a second or so delay. I would not expect that with a [wired] headset. Talking without the headset worked as expected.

Doing normal calls works okay with the headset, so it is a problem when using apps like Skype or as it was mentioned WhatsApp or Signal in my case. I hope it is going to be fixed at some point.

I have noticed that when using home/work profiles, starting the application from a different profile can take around 5-7 seconds, and during that time it freezes.

Would it be right to say that this is not a problem with the performance of the hardware but rather software since the phone can run Minecraft smoothly for example, but it takes 5 seconds to start an application? Any thoughts?

I tried to use Skype with the loudspeaker and that is sort of useless.

Fairphone have recognised this, apparently it happened with update 0066 and hasn’t been fixed.

I have received official notification from Fairphone that this is now a recognised problem and they are working on it. (Fairphone) Apr 8, 2021, 11:40 GMT+2 *Dear ******* Thank you for contacting us, I apologize for the inconvenience this issue is causing you and for any delay in our reply. It seems your complaint concerning the poor sensitivity of the microphone is due to a software issue. Our Product Team has already been alerted and we are urgently working towards a resolution. We would …

I see there’s a new update, let’s hope it helps ?

, Our latest software update for Fairphone 3 and Fairphone 3+ users is now available. Software Version: 3.A.0101.20210420 Security Patch Level: 5th of March, 2021 List of changes: Fixed an issue that was causing, under certain conditions, the microphone and the speaker to lower the sensitivity on phone calls until the device was rebooted. This issue affected third-party VoIP apps (such as WhatsApp, Telegram, etc.) more frequently. Fixed an issue that was causing some…

An update here after 4 months of using it.

TL;DR - would I recommend it to a friend? No. You sacrifice too much for the ethics of FP3.

It actually became worse after some time. Let’s say I am on the eBay app on my main profile and I get the notification from Slack on my work profile, I click on the notification and it it can take 20 seconds, or sometimes it will not switch to Slack at all.

I assigned the double-press of the power button to start a camera and it also takes like 5 seconds, and then it sometimes would not take a shot when I am tapping on the screen. Video calls over Signal or Skype take 5 seconds to answer.

I actually feel jealous of my son who got my Pixel 2 after I got FP3, in terms of how snappy it was.

Why didn’t you install a custom ROM on your Pixel? The camera quality would not be the same since you won’t have the Google camera. But you would have a recent Android version and all the benefits of your hardware. I don’t really believe that the FP3 takes good pictures, like a P2. You said that in the top post.

I would not buy the FP3 either. I’m a Pixel 3 user. I’ll do a comparison review once I have my FP4. I suspect the screen and audio quality will be the first thing I’ll notice. The camera probably after that. I hope nothing else, it shouldn’t be a super downgrade. The Pixel 3 was near perfect for me. The battery life only sucks.

Why didn’t you install a custom ROM on your Pixel?

Oh, I would have loved that. However the bootloader is locked on that Pixel 2 phone. It is strange because I bought it myself, not throught the contract.

That is very strange. You should be able to unlock it in the developer settings. But I suppose also via fastboot. Pixels are known to have an easy to unlock bootloader.

I will try it one more time. Need to remove the family app from that Pixel first.

Search for “OEM unlocking” in the developer settings. 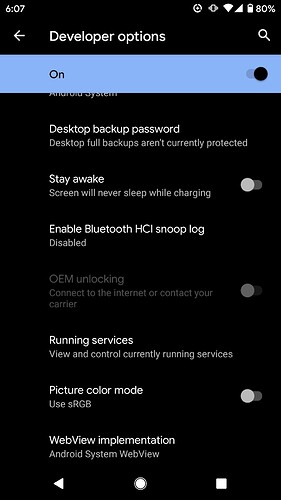 That’s very strange. A regular Pixel can be unlocked. Maybe best to contact the Pixel community. A friend of mine had a Pixel 2, he flashed custom ROMs on it. It’s best to not use this Pixel 2 anymore. It doesn’t receive security updates anymore.

https://www.xda-developers.com/how-to-unlock-bootloader-and-root-the-google-pixel-2-and-pixel-2-xl/ gives me the impression it works this way on the Pixel 2, too.

No I can say with experience it works both ways. With fastboot and in the menu itself. I also linked to this before in this thread, but just to avoid confusion I’ll link it here again. 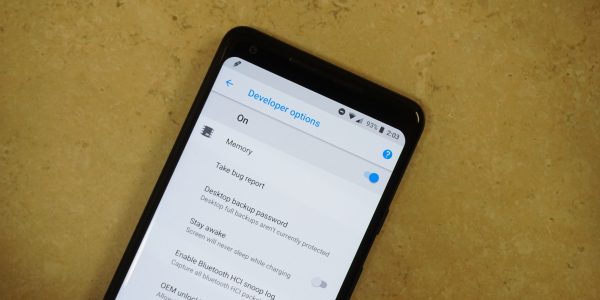 You may not realize it, but there are actually dozens of settings for your Google Pixel 2 or 2 XL that are hidden. Most of them are advanced settings that normal users wouldn’t want to touch (much less need to touch), but there are a few in there...

That’s just the generic Android way to enable developer options. This works the same on all Android OSes not too far astray from the pack.

Mind the description of the “OEM unlocking” setting visible in the screenshot … “Allow the bootloader to be unlocked”. Allowing it is not doing it.

In @tridy’s screenshot given above an internet connection (maybe a mobile one, not WiFi) is needed to make this setting available, or the carrier has to do something.

In @tridy’s screenshot given above an internet connection (maybe a mobile one, not WiFi) is needed to make this setting available, or the carrier has to do something.

I tried a combination of each + reboot, and that did not help :(.
I will write to the carrier and ask.