Hi,
I’ve found a site that make nice leather cases for Teracube and other phones or electronics. Hand and Hide has been handcrafting leather phone cases for over 5 years. Our perfected design features a roomy wallet and phone case combo featuring precision cutouts for your camera etc. Available in multiple colors. Shop now.

I know, it’s a bit pricey

Maybe, if they have enough demands, they could make one for the Fairphone with a good price. I recently ask them and waiting for an answer.

Hi, I am looking to see if there would be any interest for high quality leather cases for the Fairphone 3. We are a small leather shop based in Portland, OR in the US and we specialize in smartphone wallet cases. I strongly agree with the core values of Fairphone and I think our products might appeal to Fairphone users. Here’s a case for the Teracube (a phone company with similar values to the Fairphone): https://www.handandhide.com/products/teracube-phone-custom-phone-wallet Please let me…

Nothing came of it, probably because something like this is already there in the EU, costing less … https://annatreurniet.nl/t/fairphone-cases.

I found the official rubber case already expensive, but with a protective screen it is a logical compromise over expensive custom made unofficial case. Plus you will support fairphone, they need the moneys.

Annatreurniet are great case, but they are glued or sticked to the phone back cover.
I don’t want that solution.

I can relate, I had covers with such shell holders for my former Symbian and Windows phones and saw nothing wrong with that. But I can accept that sticky tape is easier on the case design and manufacturing side.

The bumper which came with the Fairphone 3 really grew on me over time, though, I now just hope it will last. If not, this sticky tape they use now would be the least of my concern, supposedly you can remove this again. I have a case fixed like this on my Fairphone 2, I’m not worried about that.

Hi
Finally, I’ve found a flip cover (leather) on Amazon.
The problem is that the FP3 is hold by a sticky tape.
I don’t want to stick anything on the back of my “precious” 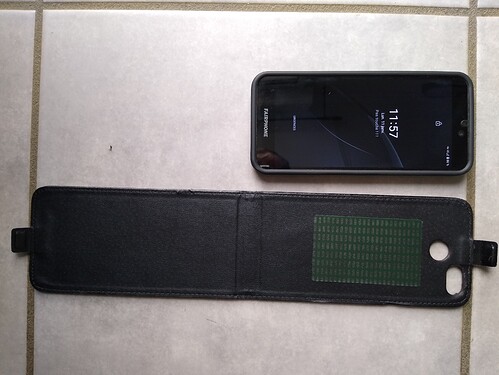 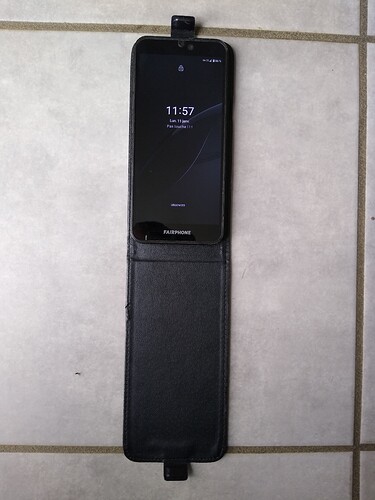 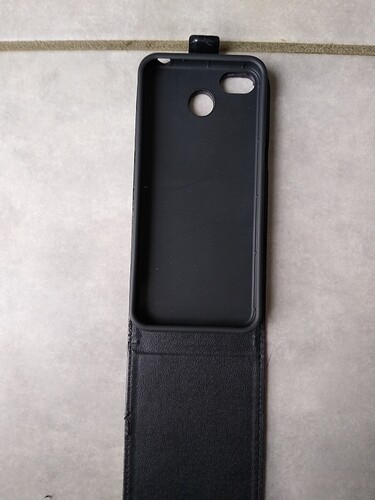 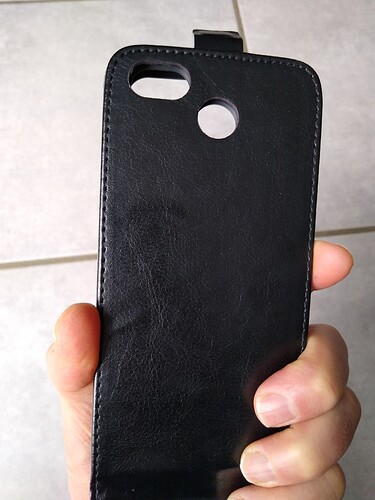 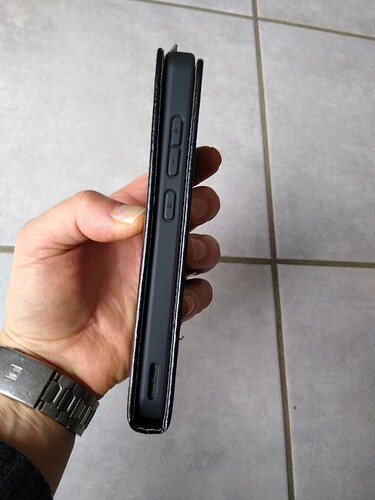 The only problem i the fingerprint. It’s too thick for having good result. 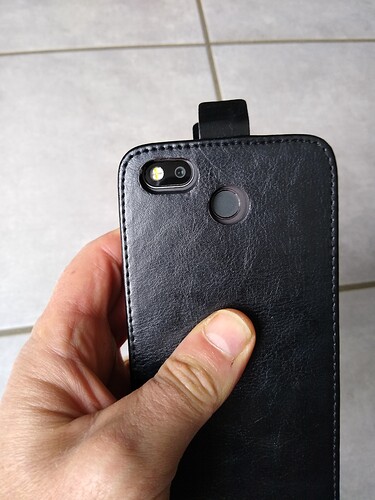 It needs some improvement, but I’m on the good way …

Buying an ethical phone, killing animals to protect it. Wow !

Hi,
and welcome to the forum.
Do you know of an alternative, when it comes to such a kind of flip cover?
Please share it.

And there are lots oft different motivations to go for a Fairphone. Veganism or even just being vegetarian is not required
Who is perfect, by the way?

Just a bit nitpicking: when buying a leather cover, you are not actually killing an animal. Though you accept and profit from the fact, that an animal has been killed.

I was a vegan for a few years, until I realized that veganism is an excuse to not reduce human population. Now that we’re aiming at Mars, I think it is the right place for us, desolate and cold.

Here is the link:

Well, I admit that it was a touchy first message.
I’m not here to spread veganism, but we are talking about being ethic and animals deserve to be treated ethically too.

Just a bit nitpicking: when buying a leather cover, you are not actually killing an animal. Though you accept and profit from the fact, that an animal has been killed.

Yes, and buying an iPhone is not directly killing the workers too…

Maybe the angle is bad but it does seem like you don’t have enough space on both camera and fingerprint reader.

In my case (no pun intended) the glue on Anna Treurniet’s case came off. This meant I had to reapply it. First I tried with some glue, but that didn’t stick for long. I used some white spirit to get that off and used dual sided sticky tape. This worked great, but in the summer I want to wear my smartphone on my belt (with a Mitch 15). So what I did is I applied some velcro. Now I can detach the Anna Treurniet’s case, and use Mitch 15 on my belt instead. I really like the idea of having my smartphone cover protected while phone is not in use. Young children and all that can wreak havoc. Btw, in all the circumstances I never used glue or tape or velcro around the letters of the Fairphone logo. My logo is still going strong! I also applied the velcro in the middle, with the help of a scissor I was able to get the bottom corners velcro’s too (with very minor velcro usage). The top corner I use some sticky tape, to reduce the amount of space between fingerprint reader/camera and case. It works great. However, not exactly as I wanted, cause without the sticky tape on top, the fingerprint is too far away.

As for your problem, you might be able to get better result with re-registering your fingerprint, or using sticky tape to reduce the amount of space with your fingerprint reader.

I look at a tree and I don’t want it to be cut, reforestation or not. But I will cut it to build a home for my body, same way I will kill an animal for sustenance, for the same reason I will kill a plant. All life deserves respect, vocal cords or not. Life feeds on life, it is inevitable. Thus the more humans there will be on this planet the more ecosystems will have to be sacrificed.

When I bought my /e/ FP3 last May, I found the bumper quite bulky and I saw in this forum someone who makes FP3 3D printed cases. I bought him one, but it wasn’t as sturdy as I thought and I finally get used to using the bumper, cause it felt safer (and proved to be great in falls). Anyway, my 3D printed case was laying in the drawer (it was a bit broken, but the guy who made it told me it could easily be repaired with super glue).

I recently bought a FP3+ for my partner and he wanted a flip or book case no matter what. I bought this one online, but the phone had to be “sticky taped” (I didnt’ like that, it feels like is not going to last long), plus my partner makes intensive use of the phone, often with dirty hands and in a not very clean environment (sheep, animals…). So I didn’t like the idea of the edges being so exposed (the previous phone’s case was very dirty at the edges, and we wanted this one to last at least as much as the previous one (4 years, battery problems)).

I put some pictures to illustrate.
The fingerprint sensor is deeper than we wish to, but it works and we prefer the protection and durability of the phone.
I hope this post helps someone else. 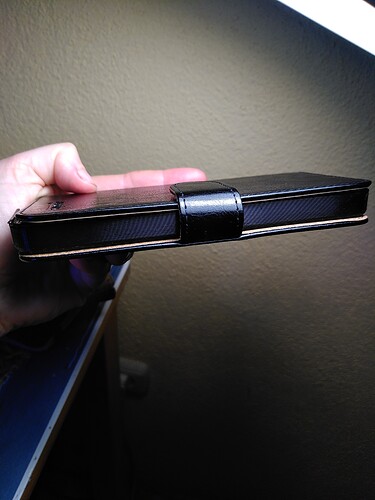 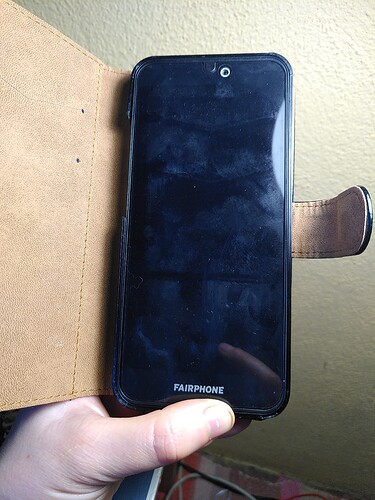 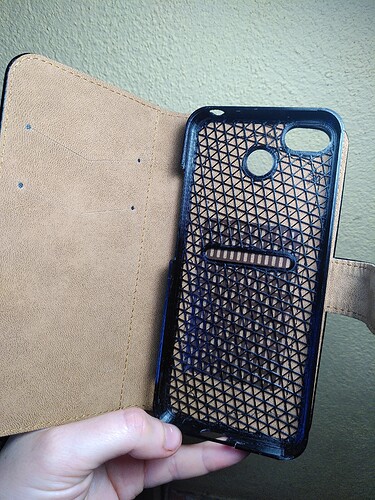 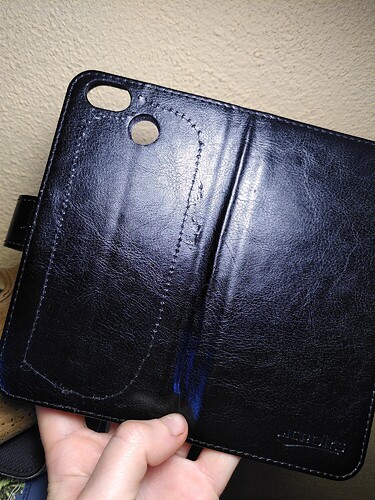 Well, that’s sound really great! Is this case closing well ? Is it not too bulky with the bumper ?
If it’s like my solution, I guess that the fingerprint is too deep. The idea would be to have a slim bumper (maybe a case that covers only the circumference of the phone, without background ) and flip case, but your solution is good.

Is this case closing well ? Is it not too bulky with the bumper ?

Yes, the case is closing well, and no, it’s not as bulky as it looks like (I think with the official FP3 bumper it would be too bulky, but this 3D printed one is slim, there is no empty space between screen and flip cover), and the magnet works well when closing. The only thing “problematic” is that the shut down/volume buttons are on the left side, which is a bit more uncomfortable to handle, as the flip cover is also on the left side, but it is not a major problem, just getting used to it.

From 2 July until the end of July, Deutsche Telekom customers will exclusively receive a free protective phone case made from 100 percent recycled material (RRP 39,95EUR) for every Fairphone 3+ purchased from Deutsche Telekom.

With multiple projects, the two companies want to raise awareness amongst consumers about sustainability in the electronics industry.