Hello !
I installed your last version of Ubuntu Touch on my FP2, and was happy to see it working, with all the features already mentioned that are indeed working : Camera, Sound, Wifi.

The clock is not updating itself and stay in 1970, that causes error in HTTPS certificates but it can be easily fixed by putting the clock to “manually defined”. In my opinion this is because it cannot access the GSM network to update its time

I’ve successfully configured the IMAP e-mail client “Dekko”. I’ve also tried to update my contacts with CardDAV (from my owncloud instance), apparently this is not possible through the interface, but can be done with syncevolution via command-line or with this script (instructions).
It was also easy to switch back to my backup image of FP-Open, with the fastboot resinstallation of TWRP recovery.img.

Thank you a lot for your work, this is exciting ! I’m looking impatiently for the next update that will hopefully add support for SMS and Calls

some juice for the Fairphones and getting ready for UbuCon 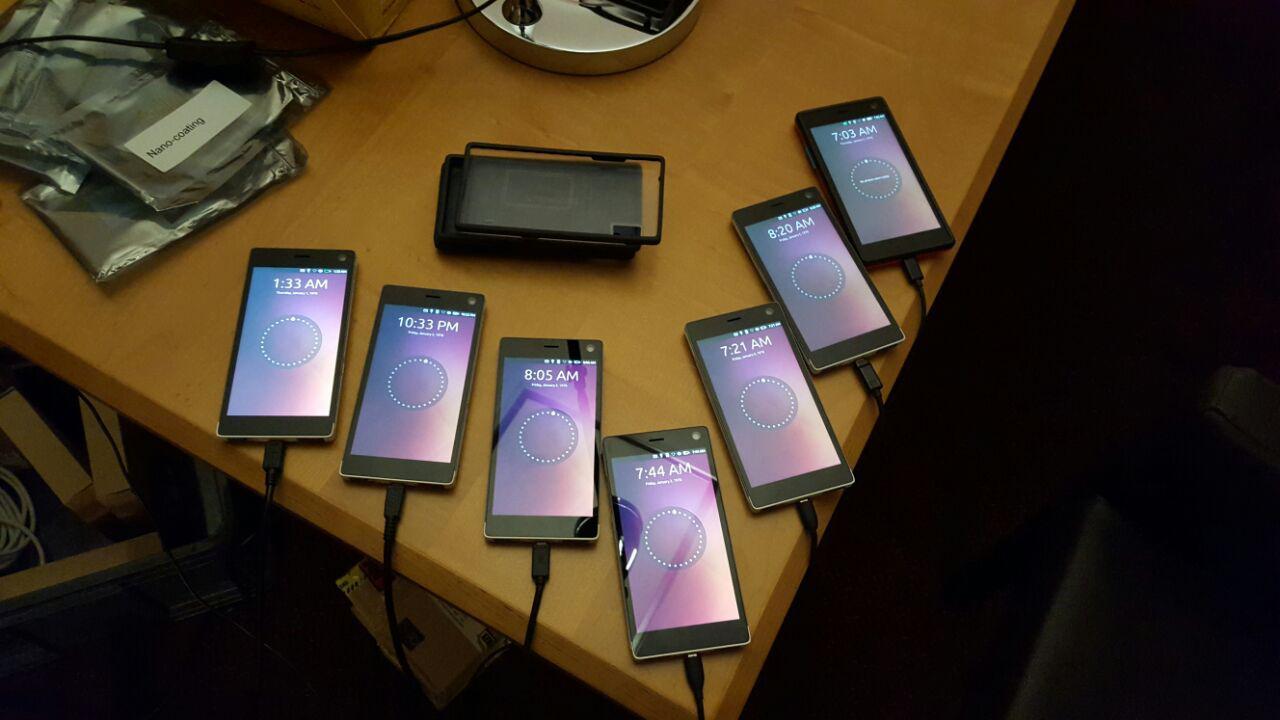 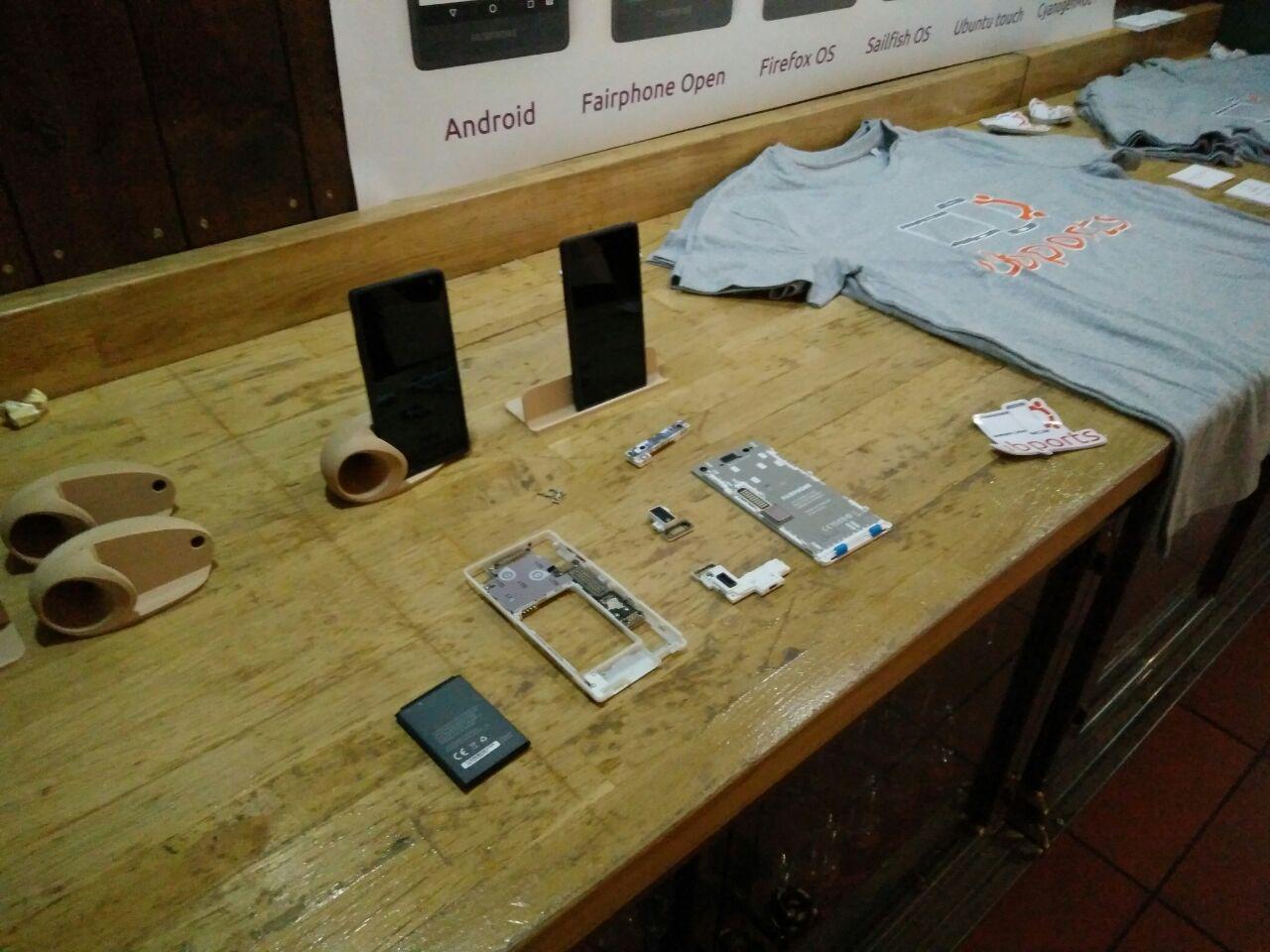 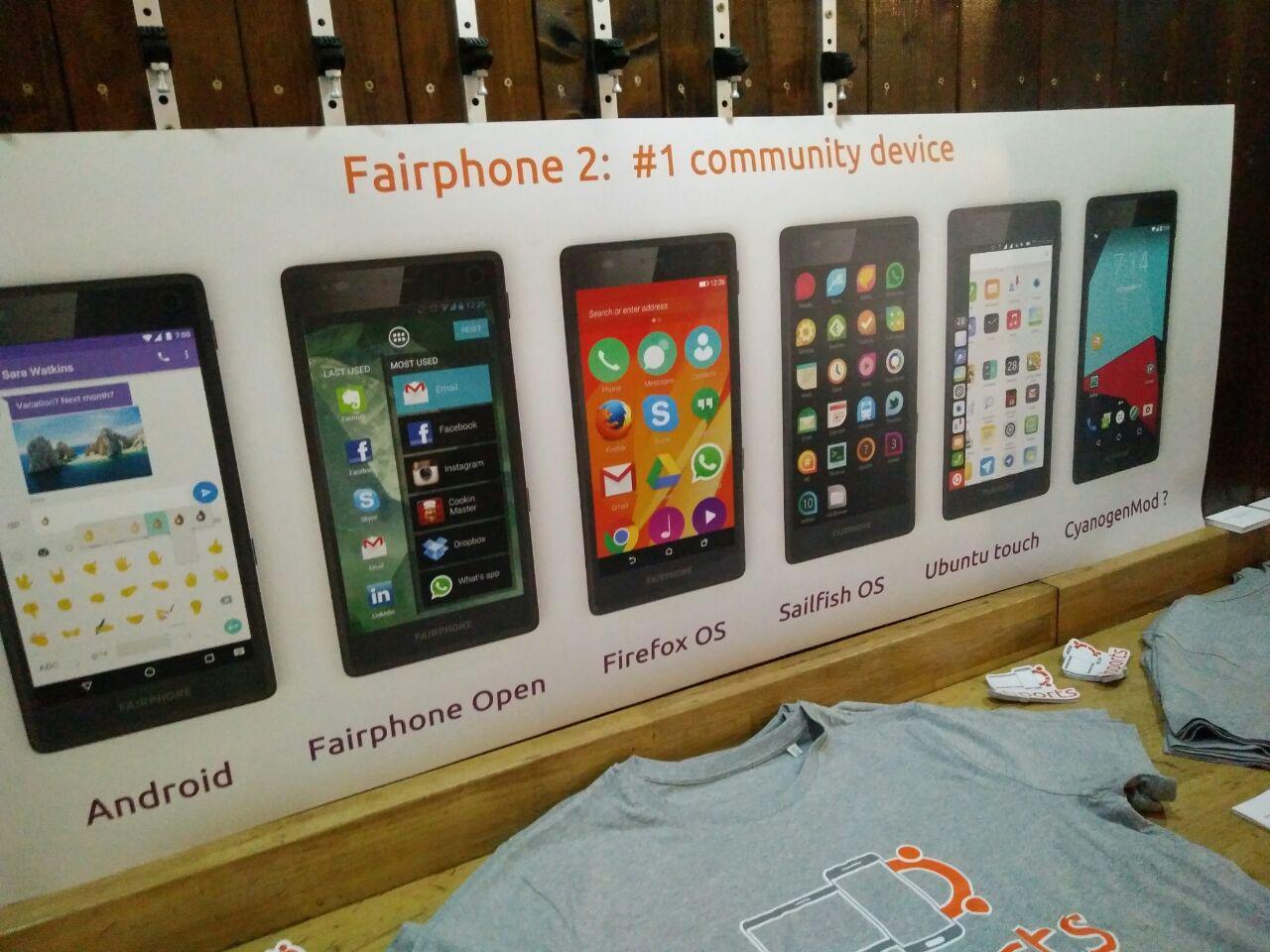 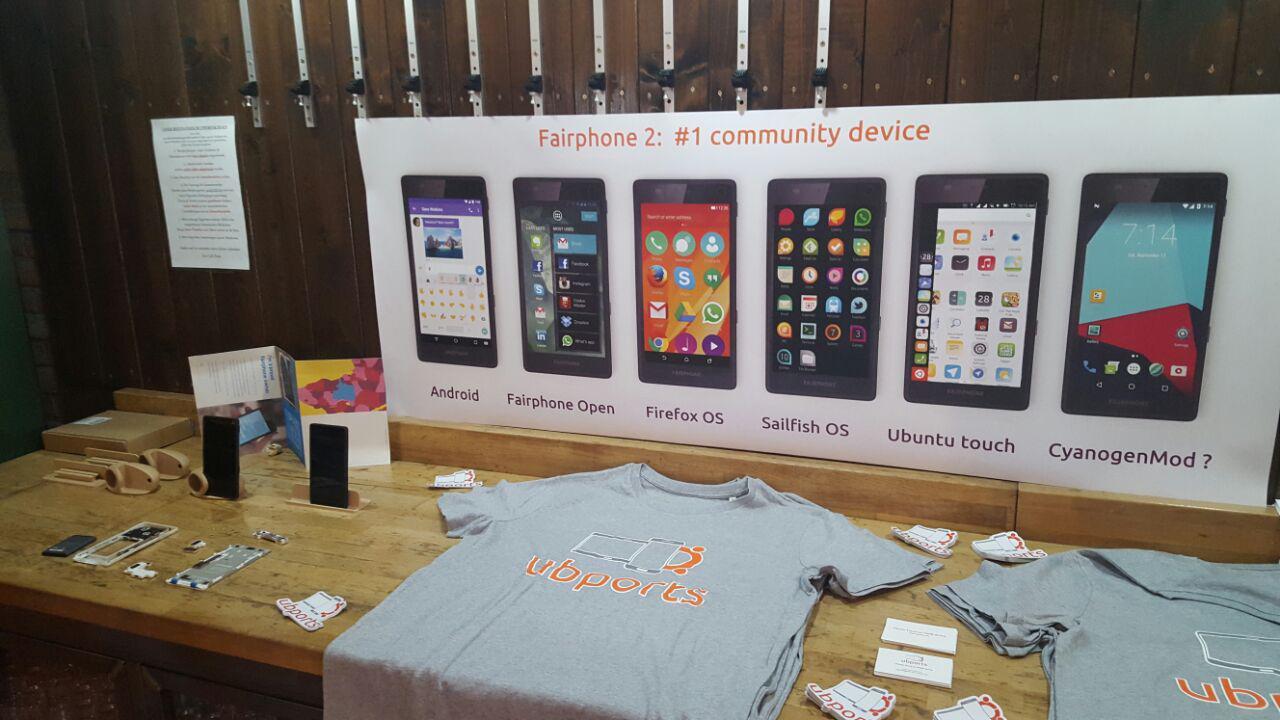 Looks great, but where did the picture of “Fairphone Open” come from? It looks a lot like Standard Fairphone OS to me (GMail, but not a single Open Source App).

In fact, I think is a FP1 screenshot. Look at that blue notification bar icons —Ice Cream Sandwich.

Also the FxOS screenshot is for a Xperia running Firefox OS Developer Preview on top of Android (look at the navbar and all those Android apps).

Anyway, I love they included our WIP CyanogenMod,

In fact, I think is a FP1 screenshot.

Anyway, we can’t get lost on little presentation details. They did and still doing an amazing job porting Ubuntu Touch to the FP2, one piece at a time, and showing the FP2 as a developer-friendly device.

Hope they came back from Ubucon with news or, most importantly, having had a good time and feeling enthusiastic to continue the hard work!

@paulakreuzer @Roboe @Stefan -> The poster was a last-minute project. We wanted to show that the Fairphone is a very good choice for various multiple Operating systems.
@UbuCon many positive comments about the Fairphone and our Ubuntu Touch Project!

We are currently struggling to get the RIL to work. If anyone has any experience with RIL, join our Telegram group.
https://telegram.me/joinchat/AI_ukwlaB6KCsteHcXD0jw

Awesome, keep up the good work!

He used my fp2

Lucky it was a softbrick -> reflash fix it.

wow, you are quite far

As of this weekend we’ve merged our sources with ubport. guide must be updated

I followed the instructioins on first post link and stuck again at point 4. where cache seams to be already mounted i get this:

so as described here in post 27 i carried on to point 5 but then i get this:

so i did as @wouterx also mentioned in post 27 and got another error within the adb shell:

/cache was not mounted and fstab was somehow missing.

Do you know when we can phone on ubuntu touch?