We will be starting the testing by the users team for FP3 from today - 16 April Thanks to all those who volunteered. Never thought I would write this but we have more testers than we can handle !!! So not taking any more volunteers. We expect to...

Beta testing is still going on. Current plan is to finish by end of next week.

The testing is progressing well. We hope to be able to finish the testing and share the FP3 build with all users by end of next week.

Apparently it was pretty successful, no open issues and the installer is available!

Apparently Fairphone and /e/ are now even officially partnering:

Sounds great!
Congratulation to the /e/-Team and many thanks to all testers.
I read instructions carefully but did not find an answer for the following question which is mandatory for me:
Can I go back to the original stock Fairphone Software if I face problems or do not like /e/ ?

Can I go back to the original stock Fairphone Software if I face problems or do not like /e/ ?

Not with an official stock install package by Fairphone for the time being, but if nothing keeps you from installing /e/ (you’ll have to unlock the bootloader), nothing will keep you from going back to stock either via TWRP …

Do you still have a working bootloader? If so, please try this script. If not, please refer to this thread

Wow, this is awesome news!!

What about lineage OS 17.1 now

What about it?
/e/ on the Fairphone 3 is not based on LineageOS (Edit: Seems I was wrong here based on the timeline. /e/ looks a lot like LineageOS and LineageOS references are in fact everywhere in /e/.) , and it is Android 9 for now.
Perhaps you should direct your question here …

Introduction Originally it was started with the base configuration of Motorola’s SDM632 platform and the river configuration was used as an example. Since the /e/ foundation published the sources for FP3 support this was used as base. Advantages are: We can easily sync between the repos. Nearly everything is working with it incl. AVB, SELinux etc. With that the current state is ready for testing and maybe even for daily usage

Known Issues These things are untested or known not to wo…

Apparently Fairphone and /e/ are now even officially partnering:

That may mean that Fairphone won’t be developing a FPOOS for FP3.
Seems logical: why spend the time and effort developing something if someone else has already done it? A partnership with /e/ sounds ideal in that perspective

Exactly my thought, too.

Either way, it represents a close to perfect solution for me between Fairphone and /e/. Even better would be a combination of puri.sm’s PureOs together with Fairphone…who knows, maybe for the FP4/5?

Great news! This is what I was looking forward to.

First of all, I would like to thank wholeheartedly everyone involved in making this possible.

As I am not an advanced user, I will patiently wait a bit until the installation process has been proven to be safe. Meanwhile, I will study the relevant guides:

Seeking help with install /e/ on FP3 in Denmark Local

I guess the warning is a relic from the time when /e/ was not Android 9 (Pie), so until relatively recently. /e/ still is Android 7 (Nougat) or 8 (Oreo) for many devices, see here … https://doc.e.foundation/devices/.

True, but they still would need to clean up the “If you are on these OS versions Please stop at this point” part.

joestar writes: Fairphone, the European manufacturer of mobile phones with a reduced environmental impact, has announced a partnership to offer /e/OS, the most "de-Googled" and pro-privacy Android OS, on their latest model Fairphone 3. An...

There is also a german article about it … 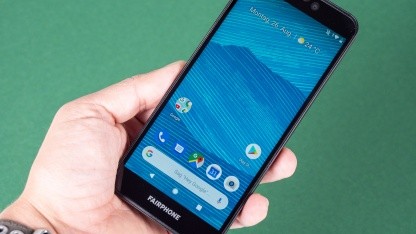 Thank. What is the main issue that prevents porting android 11 to FP3? GSI, TWRP?

What is the main issue that prevents porting android 11 to FP3? GSI, TWRP?

I would say the main issue is that somebody has to do the porting, and that nobody can perform magic

Android 10 GSIs and even an Android 11 GSI are out there, but don’t work on the Fairphone 3 so far, see [HOW TO] Flash a custom ROM on FP3 with GSI.

I think the first important step would be Fairphone releasing an official Android 10.