Screen blurs and lines appear
Horrible camera on the FP2?
Is the camera of a FP2 better than the one of FP1?
Streaks & flickers problem with new camera module
Better camera module needed now?
paulakreuzer January 6, 2016, 6:43pm #2

Could that be this issue:

Thanks, unfortunately I don’t think so. The streaks record and are just as bad on video playback. I do get the screen flicker in low light (with & without optimisation function on) that flicker tends to be horizontal across the screen the ones on the camera are vertical.

I think I have the same problem. I tend to get lilac flickering lines in photos but even more when making videos… It’s better with some other camera apps but never totally gone.

Hi I’ve got problems with the camera. There’s noise on the screen and on the photos - lines all the way along the screen. Look’s like a broken camera to me…(?) 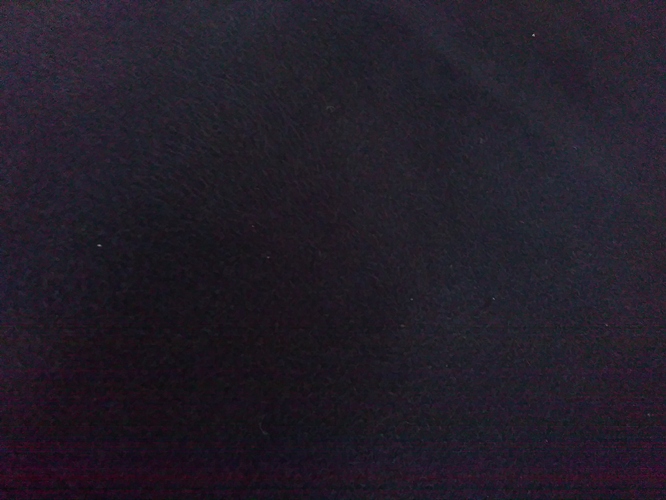 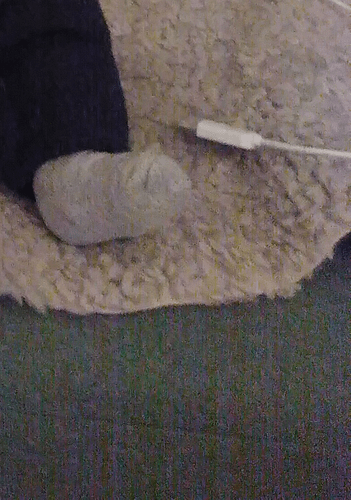 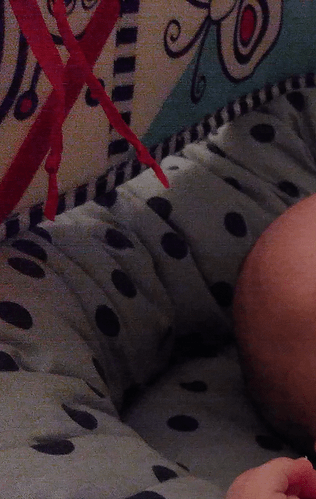 Too bad that there are no EXIF data in the files you posted. Might also have been good to post the original files in full size, so the extend of the problems becomes. Are the images crops? Or just resized?
I guess these are images in low light situations with high ISO rates?

Personally, I think it may not be a problem with your camera in particular, but maybe the camera just doesn’t perform much better?

I have also discovered that under low light the camera performance is rather poor. (as I have stated also here). I had some images with such noise patterns as well. Particularly towards the border of the image the quality deteriorates, which is not uncommon and can even be seen with DSLRs if you don’t use high end optics, so I think this also has to do with the lens quality. And of course, if the optic doesn’t let through enough light towards the border, the sensor will also struggle with the poor light that hits it.
Indeed, these kind of lines could also come from a badly soldered sensor, from a faulty sensor, but also from software issues.

Personally, I still haven’t yet discovered a mobile phone with a good camera, whereas Nokia usually was quite good with that (no experience with iphones), but still, it is just a phone camera. Tiny sensors, poor optics, bad software, no raw files output.
Not a good mix for photography. That’s why in past I have hardly used phone cameras. And I still think that the quality of the vast majority of phone devices is still not good enough.
It would be interesting though to see how the camera performs under sun light, or in other situations where you have plenty of light. I Haven’t had the chance yet to test it. Maybe in a couple of weeks …

I’ve the same problem! Nearly every picture is very noisy and full of those flickering lines. What’s your impression, is it a broken camera or “just” a low quality camera? 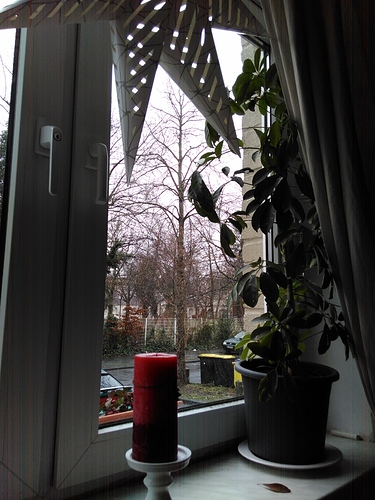 (the lines also appear when the subject is well illuminated)

I’ve got the same problem, with the lilac flickering in photos. I hope that it is a software issue, but I fear that it is a hardware issue. Overall I (as an amateur photographer, heavily reliant on my mobile phone for photos) am disappointed with the camera(s). I’ve tried two different camera apps (Google Camera and A Better Camera) and my pictures are not very good. Apart from the flickers, I also find that the (back) camera is having trouble with white balancing using auto mode. Basically it’s hard to take good pictures for me (again, without any significant knowledge of photography). As a comparison I can mention that my previous phone, a Samsung Galaxy SII Plus (bought in 2013), also with an 8MP camera provided me with a lot of good pictures. Here’s some examples from my FP2: 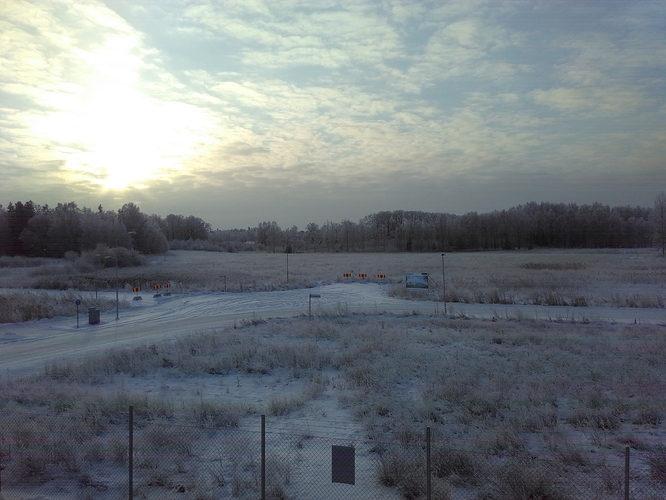 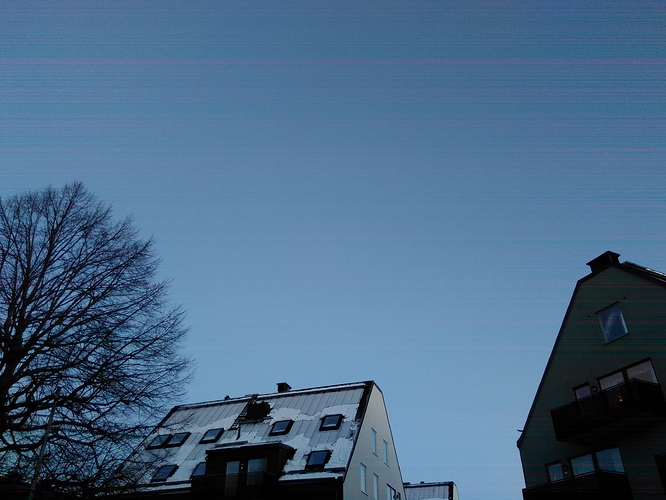 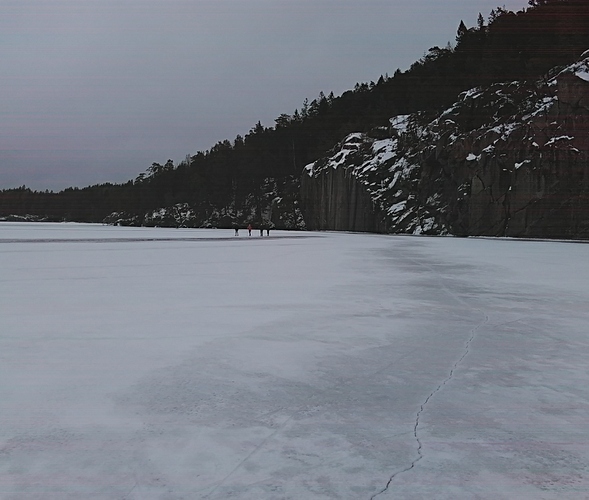 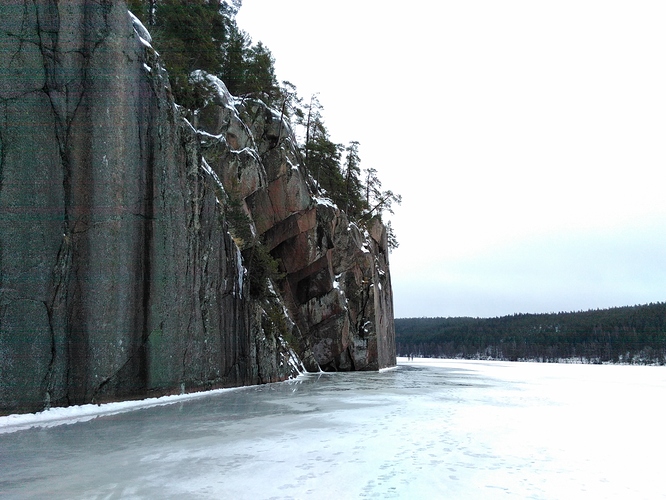 Unfortunately there is EXIF data missing. What ISO settings were used for the pictures?
I wonder if the lines only appear on low light conditions or if they are always there.

Edit: Actually I can give an answer myself. Made some pics today which were made with ISO 103 and which also have the lines in there. So even with very good light conditions I get these lines … 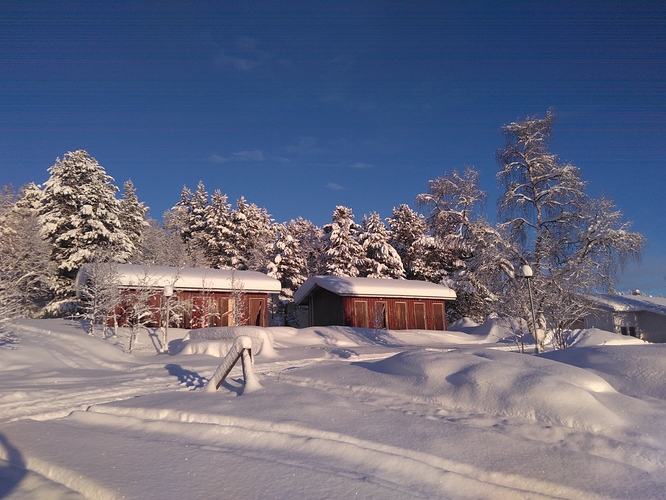 Edit 2:
Also in portrait mode the lines are visible parallel to the long side. Interesting though is to see that the lines are not in the same place in all pictures. So maybe it is software or firmware related. It would be great to get the raw pictures, unfortunately the FP2 doesn’t support that. 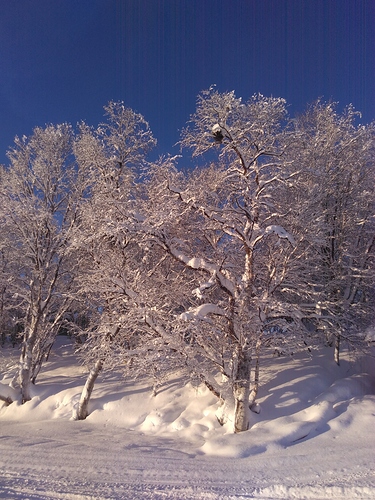 Edit 3:
The pictures above were because I tested two camera apps today and wanted to compre them. The 2 images above were made with Open Camera, the following, quite similar motifs under same light conditions were made with the default camera app, and hurray: they are without these lines. So this indicates for me that after all the problem may rather be software issue. 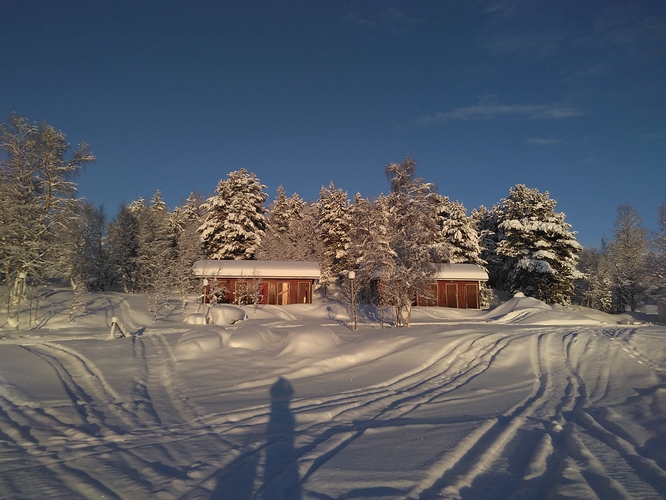 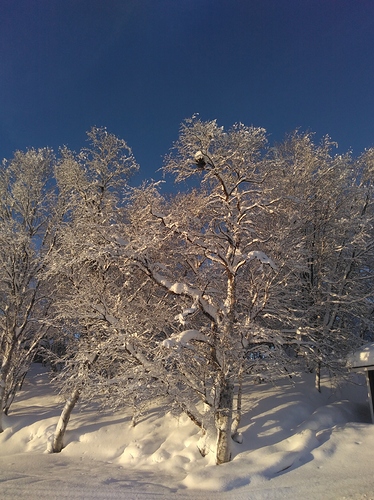 @Weeela
What camera did you use for each picture?

The pictures I posted were all taken with the back camera. I guess I should also mention that the camera has provided some decent pictures; the flickers/streaks are not always there.

What app did you use?
Did you also experience more steaks with certain apps than with others?
I wonder if it is app related.

Did you get more steaks at a later time of shooting? (for me that was the case, since i tested one app first). I was also thinking of it could be cold related. But maybe not, some other images above were indoors.

The first two pictures were taken with Google Camera and the latter two with A Better Camera (unlocked version). That’s the only two apps I’ve tried, I guess I could try other camera apps to see if it solves the problem. I haven’t really explored the issue that much yet, my initial thought/feeling was also lighting conditions. I’ll have to experiment some more.

I have also noticed the coloured streaks, The lines do not appear all of the time and I don’t have any example as of now but it looks similar to the images above.

I cant find it in the issue-tracker. Could we add this @paulakreuzer?

I cant find it in the issue-tracker. Could we add this @paulakreuzer?

I’m not quite sure yet if this is a software bug (then everybody should have it) or a hardware issue (with some phones) as only 9 people posted here yet. And I’m pretty sure I didn’t have this issue until I disassembled the camera the first time. (But I’m not sure as I didn’t take a picture).

So let’s make a quick poll.

Well I have it sometimes with Open Camera different camera apps and dificult light situations. In these cases I use Camera ZOOM Fx, where I haven’t experienced it yet.

I have the same problem, though not all the time.
Probably it’s related to noise/ISO/sensitivity. Acutally, it should be less visible in cold conditions if my assumption is true. As the sensor heats up, more noise appears.

It might not be a bug in the regular way of describing a bug, but it might be that the software is to aggressive in the compression of the image. The only quality setting I found was Normal or Low(Fastest), why no high or Extreme, which you would normally find in such settings? I don’t know if this has to do with google camera or if this is something that Fairphone can adjust. But I did see similar results with “Open Camera”. My testing shows these lines in low ISO (103 for Google camera) but also (As you might expect for such a camera) for higher ISO (1200).

I only played around a bit and it seems as if “camera 360” and "z camera " don’t show the vertical lines.

Edit#2:
After playing some more with CameraMX I would say it minimizes the occurrence of lines, streaks and flickers to almost nothing - if not eliminates it.

I don’t get any sharpness in my pictures, as described several times above.
Quality is much worse than pictures from my Jolla.
IMO at least the camera should shoot pictures like the iPhone 4s.
If that’s really all the camera/software can perform, without any hope for improvement
(update/new camera spare-part) I really have to abandon the fp2-project and return the phone.

1st I try to make a warranty-case out of it, hoping the best.

Most people can not imagine how important the project is for me, but we’re talking about an smartphone bought in 2016…