Building a breakthrough for Fairphone 2

Software is the unsung hero of longer-lasting devices. Software updates slay bugs, shield you from viruses, and help protect you from the marauding hordes that want your personal data. To keep an old phone going, you want the most recent, most well-equipped operating system you can get.

Our goal is for your Fairphone to last as long as possible, well beyond the current average of buying a new phone every two years. The longer you can keep your phone, the smaller its environmental footprint. It’s why we’ve dedicated significant time and resources to providing Android updates for the Fairphone 2. And it’s why we’re so excited to announce today that the beta version of Android 9 is now available for Fairphone 2! To put into perspective how significant this announcement is, grab a hardhat and join me for a little tour of the Android 9 “construction site” here at Fairphone.

How Android houses are constructed

Let’s pretend that an Android operating system is a house. Android is released by Google through the Android Open Source Project in the form of source code. It’s like a set of blueprints, a foundation, and a frame, but the walls and the roof are missing.

Along comes a housing inspector – Qualcomm, in our case. Qualcomm wants phone manufacturers, their customers, to build Android phones with their chipsets. So they take the Android source code and add specifications for how to build walls and a roof that they think will make a nice safe house for their chipset, slightly different from the houses of other chipsets.

Next up is a neighborhood planner, a company – like Fairphone – that wants to build a phone with that Qualcomm chipset for its community. Fairphone takes the vendor’s Qualcomm version of the Android source code (which now includes specs for how to build the walls and roof), and lays the floors. We add a nice new coat of paint and then Android for Fairphone is ready for release!

Now it just needs to be maintained. Qualcomm and Google make improvements to materials, add spiffy new furniture, and provide new paint. But it is up to Fairphone to keep our house maintained and up to date. This is how we released and patched Android 5 and 6 on the Fairphone 2.

However, after Android 6, our chipset vendor Qualcomm stopped supporting the Snapdragon 801 chipset in the Fairphone 2. No more new furniture, no new termite treatments, and no replacement for any missing roof tiles or wood that starts to rot. Our Android 6 house couldn’t protect us from the elements anymore, and the blueprints for Android 7 didn’t even fit the foundations of the Qualcomm house. This is where software support for Android devices generally stops in the industry. And that’s at the core of the problem: deliberately shortened lifespans in the smartphone industry. This is something Fairphone is out to change.

The path we chose for Android 7 on our FP2 was that of the community-built LineageOS – a kind of alternate house based on a set of blueprints designed to be suitable for many neighborhoods, and executed in easier-to-find, local materials. It was complete, but we then had to modify it to comply with very specific requirements – like the approval testing for Google Mobile Services. Think of it as a house in which we needed to change the size of the doors so we could get some specific pieces of furniture in.

Our attempt to adjust an already-constructed house resulted in a less-than-perfect initial release of Android 7, but it worked. This was a unique achievement within the industry, making it an especially important milestone for Fairphone. This was moving our goal for longer-lasting devices another step in the right direction. 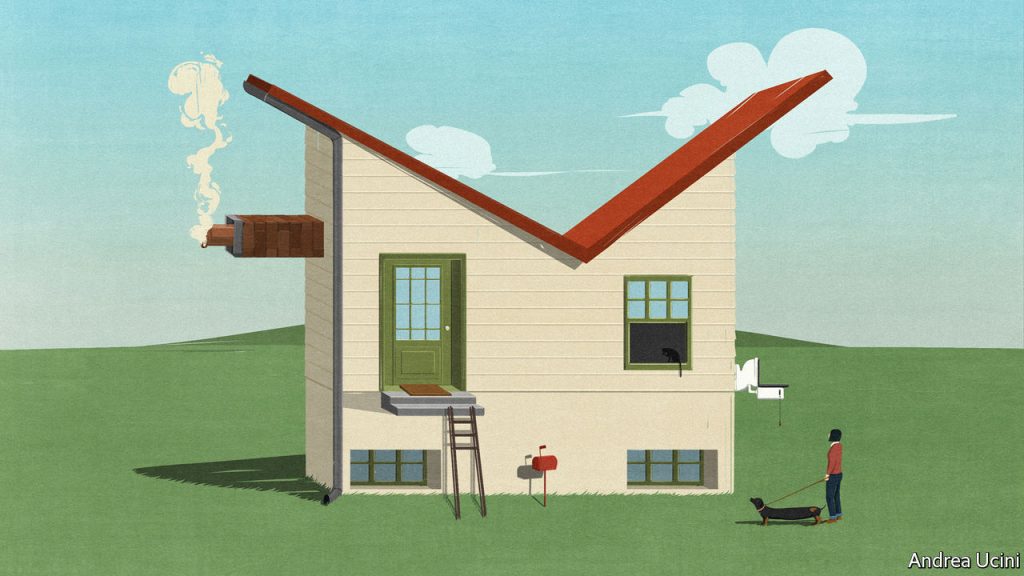 But now we’re facing the same challenges all over again. Once Android 7 isn’t maintained by Google anymore, Android 7 users will eventually be exposed to security and usability issues – leaky roofs, termites in the ceiling beams, and cracked basements. So it makes sense to try upgrading to a higher version of Android that is still actively maintained by Google.

Enter Android 9. After our learnings from Android 7, we knew that this time we wanted to build the house from the ground up, allowing full control all the way through. 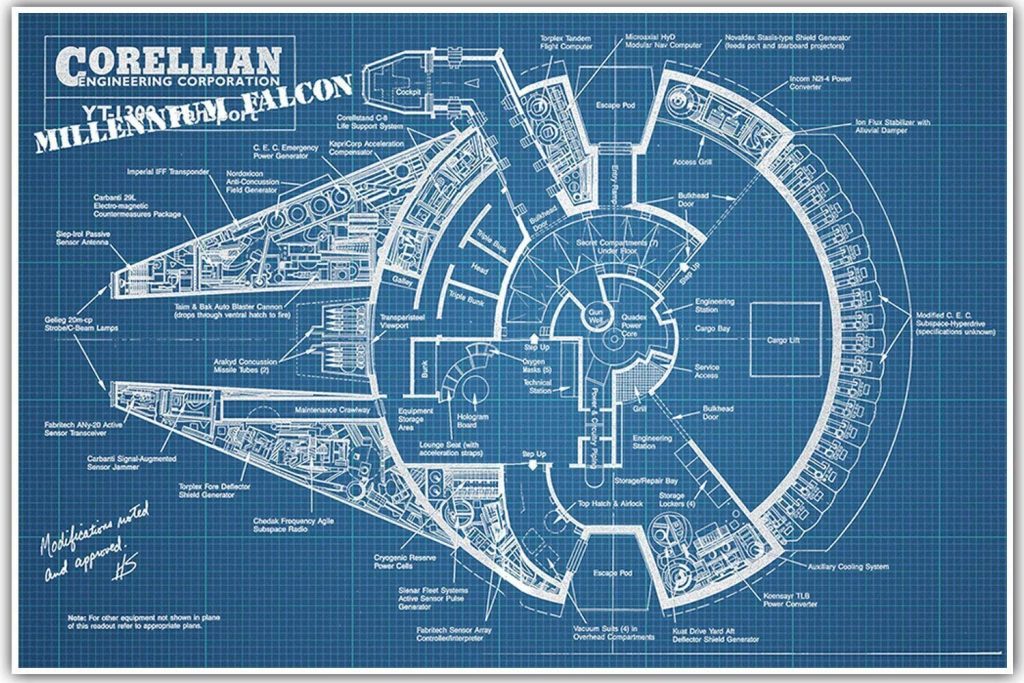 Besides fixing user-facing issues we are working on acquiring Google certification, which is the biggest hurdle that we have yet to overcome. Because Qualcomm is no longer supporting the chipset in the Fairphone 2, we have to make Android 9 comply with all of Google’s requirements ourselves. This is a complex undertaking that pushes our engineering efforts to the limits. We’ve spent months laying brickwork, smoothing plaster and fitting windows. We’ve never built a house completely by ourselves before, and it took us a while to refine our blueprints! But by building a couple of rickety houses first, we learned so many valuable lessons; our current version is looking good and ready to enter the beta testing phase.

So, would you like to visit our house and help add a lick of paint or some molding? Sign up to be a beta tester now! Let’s build something together, and help Fairphone 2 users to keep their phones going for longer!

Congratulations, that’s really great news! This is the first time in my life with Fairphone that you are actually doing something which surpasses my expectations.

I never truly understood why updating to the latest Android version is such a big thing, since it is trivial to run an up-to-date Linux distribution on 10 years old hardware. I hope that your achievement will put a huge pressure on the rest of the industry to finally fix these update problems. I am looking forward to the day where vendors are legally required to supply software updates for a long period of time. If a tiny company like Fairphone can do that then there is no excuse for any other company.

Beta testers were told that Fairphone Open will follow at a later stage.

That truly is a wonderful achievement to have it Google approved and all.
But it does omit an convenient fact that Android 7 is already very outdated, and using current LineageOS 17.1) could give you experience of using Android 10 (without a phone switch - using the very same FP2 hardware)

Google stopped security updates for it. That’s why Fairphone invested in another upgrade.

and using current LineageOS 17.1) could give you experience of using Android 10

With a Custom ROM, which can cut some corners a phone vendor can’t easily cut officially.

My point: the article would be more informative if it mentioned alternative options and provided some context.
The article makes it sound like Android 7 is close to being current OS version and does not say what is the trade-off when choosing between LineageOS17.1 and FP2 Android 7.
Just wanted to point out that a follow-up article would be nice - to explore options for FP2 users.

Android 7 got security updates until Google cut it from support in November 2019, there was nothing wrong with Android 7 until then.

That Google pumps out a new Android version every odd number of months doesn’t mean every prior version is hopelessly outdated immediately and automatically.

and does not say what is the trade-off when choosing between LineageOS17.1 and FP2 Android 7.
Just wanted to point out that a follow-up article would be nice - to explore options for FP2 users.

Ok, we can agree on that an article about that would be nice, as there really are some options.

I never truly understood why updating to the latest Android version is such a big thing, since it is trivial to run an up-to-date Linux distribution on 10 years old hardware.

It is a (common) misunderstanding that Android is, or is like, Linux. It is not. Linux developers strongly oppose that notion, they do not even accept “Linux based”. They prefer the term “Google based”, because Google took only SOME parts from Linux, and not the best, threw out almost all of the good stuff (especially device and file system integration and packet based installations with dependency management).

You can run many Linuxes on older hardware, although I would not advise to have 10 years between the Linux and the hardware release. Linux, too, is no longer small and resource friendly. But its flexibility to at least cope with almost everything you install it on comes from the kernel and the fact, that most X86/X64 hardware do not differ that much.

On smartphones, you don’t have X64. You actually do not have CPUs as such. You have SoC chipsets, and without support from its manufacturer your kernel won’t run. So actually the manufacturer of the SoC determines the end of service life of a smartphone… In the case of Fairphone it’s Qualcomm.

Having said this I applaude going beta with Pie, after we all thought that the Oreo project stalled in testing stage…

Thank you for that!

With a Custom ROM, which can cut some corners a phone vendor can’t easily cut officially

Thank you for the link. That was a really interesting read! In the end the core problem is that you don’t earn money with software updates. I think companies should be legally required to provide security patches for at least a few years and maybe it would be a working business model to sell extended support after that. I would definitely pay for that if it helps to reduce waste.

Great job ! Will the next project be Android 10 on the Fairphone 3 ?

Will the next project be Android 10 on the Fairphone 3 ?

Next project? We should sure hope this is being worked on at the same time and not dependent on the state of this project here, because this project here doesn’t end anytime soon, even with an official release, it will need further work on security updates and bugfixes

Good to hear that there will be Android 9 for the FP2. But as an open source user I would need this version as open source, of course. Let’s wait what the beta users say.

Do you have already an approx date of release?

That is really great news, and I’m very much looking forward to it. But lacking actual specs or insights from Qualcomm, isn’t this new Android 9 release bound to be a similarily ‘crooked house’ that Android 7 has been? Or what is different in the new approach?