Building a breakthrough for Fairphone 2

So please go on in the development of Android 9 for the Fairphone Open Source.

A new Android is great to keep an FP 2 running, so I do appreciate it. Even without FPOS (which I would prefer).

But in the meantime another death blow could come to the FP2:

The end of 3G is coming!

All network operators in Germany have now announced to end 3G (UMTS) in 2021. So unless someone at Fairphone now teams up with the network operators (Telekom, Vodafone, Telefonica (O2 and E-Plus brands) for IMS, our Fairphones might get an (almost) brand new Android, but be reduced to GSM (2G) calling!

Maybe your FP2 will not make it to that date anyway…

Why not? It’s running perfectly. The only flaw so far was the transparent backcover, which was ill-designed. My battery still lasts two days and more… The OS will get a fresh-up. So the only thing that could kill it is the coming end of 3G/UMTS. And it might even come sooner. I received an SMS just an hour ago telling me that they will end 3G during (!) 2021, and my phone would not be capable of 4G. It is currently logged into Telefonica’s 4G, so obviously Telefonica SAYS “4G” but means “VoLTE”.

@hman: just as an experiment could you try to set your SIM to 2G only and make a phonecall to check the quality?

I have the idea that this is mostly a matter of marketing, wanting you to buy a newer phone from them.

I have the idea that this is mostly a matter of marketing, wanting you to buy a newer phone from them.

Seconded.
As long as 2G calling works, proclaiming the death of the Fairphone 2 with the death of 3G seems a bit too hysteric. 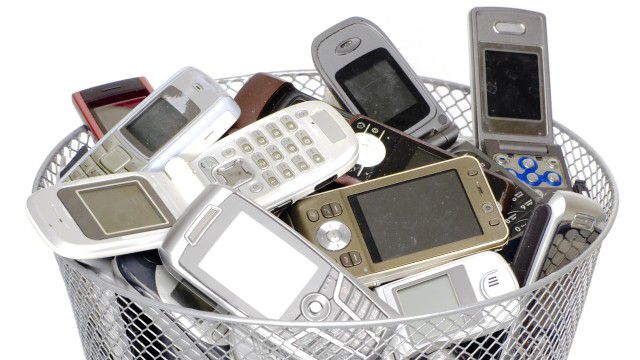 The end of 2G could come sooner than you think… The industry WILL NOT hesitate to use this opportunity. They have proven this time and again that they don’t care about protection of investment of their clients. Faiphone wants to be better. But in order to be better, Fairphones need VoLTE.

2G is still needed for various alarm devices and other usecases, so it is very likely that 2G “survives” much longer than 3G.

could you try to set your SIM to 2G only and make a phonecall to check the quality?

I did the test and compared 3G to 2G: There really is a difference in quality. But we are talking about whether calls will be possible at all in the future.

So far I’ve seen no indications that it isn’t.

Also, there are a few operators with less IoT devices on their network who will be keeping 3G and shutting down 2G instead, for instance T-Mobile in the Netherlands.

Quite interesting, because Vodafone in the Netherlands goes the opposite way:

Unhappy with the current state of its LTE network, the carrier will switch data connectivity exclusively to 4G.

The end of 2G could come sooner than you think…

As said in the other discussion you posted that link, it was published four and a half years ago. In the meantime all German providers decided to shut off 3G but continue 2G.

“In the meantime all German providers decided to shut off 3G but continue 2G.”

No. The plan is to abolish both, because the licenses cost them billions (!) of Euros. It’s just that 3G goes down first.

The plan, and that is what all three German telcos have decided, is to get rid of everything pre-4G because it does not bring fresh revenue while producing high running cost…

You got your bulletproof information out of which source?
And I am happy that in long term old standards are abolished, because that keeps the cost for customers lower, who want to use products of those firms.

2G will stay for IoT and be replaced over the next 5-10 years? by NB-IoT.
For communication anything below 4G is very hard to secure while 4G and 5G are less vulnerable.

Understood. When will 2G be buried? Come on, the FP2 was introduced in 2015, and how many years will Fairphone support Android 9 on FP2? I expect less than three years support, anything else would be a big surprise, because one FP2 core module after another is dying…

For communication anything below 4G is very hard to secure while 4G and 5G are less vulnerable.

The longer a technology is in use, the more vulnerabilities will arise…

how many years will Fairphone support Android 9 on FP2

My educated guess would be: as long as Google supports Android 9, which usually would mean for 3 years after initial release. Android 9 came out August 2018, so I’d assume support will last until August 2021.

The burial date of 2G isn’t fixed yet. Telcos wont’s comment beyond “to be discontinued soon”.

It is definitely just wishful thinking that network operators would be willing to shell out the money for frequency licenses that fewer and fewer devices need. And a Fairphone will not be counted as relevant. Telcos want to generate cash by selling the higher priced 4G contracts, and are moving customers to the even more costly 5G contracts, while 2G contracts generate just “peanuts”.

They will definitely NOT CARE about IoT or alarm devices. Instead, they will try everything they can to push owners of such devices to buy new devices with 5G to replace them. And even from a network topology view migrating those devices to 5G makes sense, as they are stationary, so it is preferrable that they only block some traffic in the considerably smaller sized 5G cells. And of course the telcos themselves want to sell customers those devices.

So you see, there is NO fiancial reason for network operators to prolong 2G beyond some contractual obligations to certain large customers, which gradually decrease in numbers.

Maybe you do not know that some providers made contracts with business customers who demand 2G service for whatever application they have. IoT, alarm devices etc. are good examples, because they are broadly used in the industry as well.

Are you arguing about the fact that 2G is going to be ceased at all, or are you worried about the uncertainty when this will happen?

Edit: Maybe we should open a new thread for this discussion, because it has become quite off-topic…