There are up to six items involved in charging a phone as follows:-

1. The source
This can be ‘high voltage mains’, DC from Solar panels, a computer or a Power Brick especially designed for topping up mobiles: as examples

2. The supply
In the case of mains first came the dumb mains charger. They would convert mains 115V∿AC or 230V∿AC to a suitable 5V output and usually had a fixed cable. (My Nokia charger output 5.3V at 500mA). Whereas they used to have propreitory plugs to the phone these became more commonly micro USB.

In the case of a computer some provide a 5V output with a variance, older USB 2 versions could supply up to 500mA and the updated USB 3 up to 900mA. These supplies invariably came from the USB A type socket whereas as the USB C connector is more common then these connectors can also be enabled with either USB 2 or USB 3 protocols. Simple info on USB 2 and USB 3 differences

Solar supplies are usually via a converter that are attached to a battery of often 12V sometimes 24V.

As in a car cigarette-lighter-socket adapter you may find a USBA and or a USBC socket. These sockets can have a range of voltage options and can provide up to 5000mA current

Then we have the ‘smart’ charger. This only works with a ‘smart’ circuit in the phone and a suitable cable.

The smart charger can be the aforementioned 12v adapter or more commonly a mains charger.

These smart options use, most often, proprietary protocols and are not compatible. Saying that, many chargers are capable of communicating with multiple protocols. Two major ‘smart’ protocols are (QC and PD) the Quick Charge by Qualcomm and the Power Delivery more often associated with laptops. Each having their own variances. More recently there is the PPS Programable Power Supply which is an attempt to bring things together.


3. Not all cables are equal.
Some are wired differently and some even have a chip in them to say they can handle 100w. I’ll not elaborate of the wiring options here, yet. 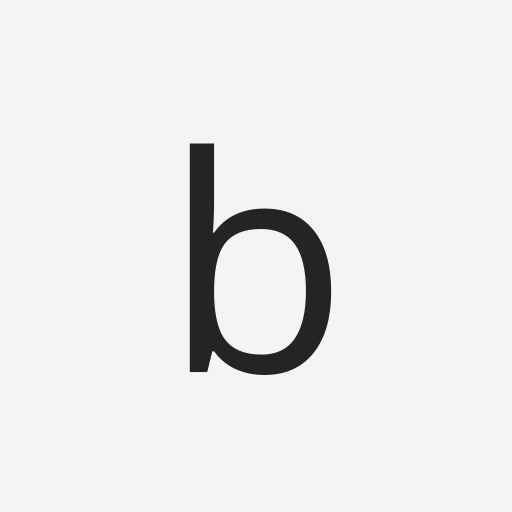 tl;dr: There are now 8. Thunderbolt 3 cables officially count too. It's getting hard to manage, but help is on the way. Edited light...

4. The smart phone.
The ‘smart’ phone can ‘negotiate’ with a smart charger to supply a high voltage. The Fairphone uses Qualcomm chips on the core module to do this.
Note that a battery requires around a max of 4.4V (Fairphone) to be fully charged and an input of 5V would suffice.

However many cables have such fine wires that can only handle 500mA or 1A safely and so charging could be slow. Hence if there is no communication between the phone and the supply the phone can fall back to 5v and limit the current to 500mA.

5. Battery circuit
The battery has a circuit to protect against ‘overcharging’ so it that if it is working the theory is there is a maximum voltage that the battery can be charged to irrespective of the supply and the phone’s arrangements.


6. The battery
The term battery means a collection of cells in parallel or in series, though is also commonly used when referring to single cells.

In the case of Li-ion batteries where there are multiple cells the battery has an electronic circuit to equalise each cell so that some do not get overcharged whilst others undercharged by a single input voltage, from the, in this case, the phone’s management.

I have no idea if the Fairphone batteries are single cell or not. I will ask. See APPENDIX 1

The battery has it’s own physical limits which are not usually approached.

It may well be the case that for ‘longevity’ of the battery, the phone will state the battery is fully charged 100% when it is in fact only 90%. This stops overcharging.

And so we have this notion of overcharging.

Overcharging is a very subjective issue and comes down to battery design. There is a designed and theoretical maximum voltage that a battery can be subjected to over a period of time.

So it is possible to overcharge a battery no matter how carefully all the precautions are taken.

Some overcharging or let’s say prolonged charging and topping-up may degrade the battery’s longevity, a high and quick overcharging is not only likely to cause failure but be a physical hazard and result in fire or explosion.

So ensure the battery never gets very warm.

And note Fairphone suggest so as not to overcharge the battery in the sense that fully charging frequently can shorten it’s life to limit the charge to 90% for example. Maybe the use of the word overcharge is an issue and so it could be said that undercharging a battery could be seen as valid but I think not.

Charging a battery to the phone manufacturer’s stated level is termed 100% whether that is overcharged or undercharged can never be ascertained. Consequently the safe side would be to treat full (100%) as over rather than under. Terminology is at best vague and worse a distraction.

Having a parallel combination of cells is also not useful because of the additional complication of balancing the cell voltages. A multi cell system would require cell voltage balancing for the sake of safety and longevity of the cells. batteries - How many battery cells in a smartphone? - Electrical Engineering Stack Exchange

Late 2017 update folks, The iPhone X packs in two cells. They’ve probably done this for better space management and have chosen to integrate the balancing circuitry as a trade-off for this. Check this link - ifixit.com/Teardown/iPhone+X+Teardown/98975#s182778

For example if the maximum Voltage is designed at 4.5V the battery itself may limit it to 4.4V. When the battery has reached this voltage the current can be monitored and for example when the current is 45mA it may stop charging and indicate it is fully charged. It is not, but for the end user it is.

The batteries are designed to be ‘fully’ charged and Fariphone give a two year warranty on the battery, so they are not worried if the user charges to 100% as shown by the phone’s monitoring system

However charging a battery cause stress to the battery so it is arguable that the battery may ‘live’ longer if it suffers less stress, hence Fairphone’s advice.

If you store your battery/device over six months, make sure to charge it between 50% and 80% every six months.

Note there is no suggestion to store a battery at 100% as it is unnecessarily stressful.

For a ‘power’ user it may well be the only viable option to charge the phone to 100% ~ this is not a good or bad idea as some like to think, but a preference.

Batteries are never charged completely they are either being charged to a level set by the manufacturer of the device that uses the battery, in this case Fairphone or they are discharging, albeit maybe at a very low discharge rate especially if removed from the device.

So for some checking the battery status to ensure it doesn’t go beyond what the user decides is not a scare tactic. Some people have lower limits that those set by device manufactures.

Whereas the terms are understandable the functions are not.

The lack of clarity is two fold
a) When do each of this kick in and
b) What range of charging does each have.

Such information would help in assessing the use of some chargers. So here are some basics.

It would re reasonable to assume that if the phone cannot communicate with the charger it may just say ‘Charging’ However I have for 10 months used a dump charger: a 12v to 5V adapter.

Not withstanding that there is a different with cables, I generally use the FP cable, one that I see is not available in the shop.

The problem I have is that charging is very inconsistent. I very rarely have Charging rapidly. Most of the time it just says ‘Charging’ and occasionally will say ‘Charging slowly’

There are 'stories that when the phone reaches 90% it will drop to charging slowly, but this doesn’t happen with my dumb charger although no doubt the charging rate drops: I can tell from how many minutes are left.

Maybe as this ‘dumb’ charger only supplies 5V the phone doesn’t see the need to inform that it’s ‘Charging slowly’.

The battery usage is reset each time the battery is fully charged. That seems to be around 90% on my phone, presumably where any smart charger will have it’s voltage restrained.