At night, is it better to switch off the phone or to put it in airplane mode?

I always which is the best strategy, battery and energy-wise. Because even in airplane mode, it can consume up to 10% of the battery during the night (which surprises me) but if you switch FP off, then it does consume a lot to switch it on.
So I am wondering which is the best regarding the battery life and the energy consumption.
Any idea?

There’s no way the phone uses 10% due to airplane mode. My phone is on airplane mode continuously as I only use wifi, there being no network available where I reside.

But do you have bluetooth turned off and have you closed and background apps? Do you have location GPS operating etc. There are ways the power is used. Do you have an alarm running.

Re the battery usage you can check what uses it when you go to bed and again when you awake.

When you are about to switch the phone to airplane mode for the night got to Settings > Battery > Three vertical dots > Battery usage > Three dots again > Show full device usage here you can see detailed use . You can click on the dots again for more info etc. You can select each app and disable background use of the battery etc.

Hi, the way battery drops depends about how you use the phone just before putting it down. I notice that (FP3), if I watch a video or play some heavy videogames or text on Whatsapp the “dropping percentage” is different… Obviously, battery doesn’t stop to burn energy right after you turn off or put the airplane on. In case you turn it off battery is “hot” (because you use the phone) and has to meltdown the heat, but all the core/cpu process are killed. Sum = energy burns. In case you put the airplane on, battery is “hot”, some of the core process should be killed (if not use some apps or have a look in settings about how your apps work in background) but it has to melddown the heat. Sum = energy burns.
My advice: put it on airplane, or better, do a good clean up with some tool (I use SD Maid) and switch off all. I can’t turn my phone off because I have some alarms on it…

Are we talking Fairphone 2 or 3? Sounds to me like FP2, because I had the same: even with aeroplane mode and power saver enabled I lost a similar amount over night. Still peferred it over switching off and on each day (alarm wouldn’t work in that case, so no option for me).

Hi again. Regarding @Ingo 's comment re version. If you have an old battery of only some 50% capacity after a couple of years then what would be 5% loss on a new battery will be 10%.

I would argue that switching off is always better if you want to save battery power. Switching your phone on again might use a little more energy, but I have never seen the battery go down by a couple of % during start up.

In my tests using Airplane Mode on my FP2, it can vary quite a lot. Sometimes the phone uses close to 0% overnight, others it will use 5-10%. However, I do find it uses mostly-nothing more often, so I figure that’s probably better, on average, than the power used to shutdown and startup again.

I also find a fairly high power usage when I come out of Airplane mode as everything decides to reconnect and check for messages, etc, so having less apps that need to check a server really helps in general.

There is no universal answer to that question, as it totally depends on circumstances.
First point would be, for how long it would be switched off. Do you sleep 3, 4, 5 … or 8 or 9 hours? Second point would be how many and what apps you have installed on your phone, as that does influence the startup process and therefore the power consumption of shutting down and starting up. (And I am sure, there are many more points as well.)

My advice would be - if you really want to decide it on the battery consumption - to do some testing for yourself.
For 2 to 4 weeks use both methods alternating.

And all the time take notes of battery consumption by using the same app/tool to measure. Especially note the battery level when turning off and on / switching airplane on and off.
For easier comparison, you might want to put the data down in 2 columns for the alternatives.
In the end you might find out, if it really makes a difference in your case.
And you are most welcome to share your findings on this forum.
(Although, as I said, I strongly believe, that those findings can not be related to every other user and use-case. So, some info on those factors would be helpful.)

Since I switched away from plain Android from Google to /e/ I have much less consumption. Also I got rid of all Apps I dont really need. Be sure you really closed all Apps as they can still run in the back even in airplane mode or even de-install not used once anymore.

aeroplane mode, as you note cuts off all radio.

Why it makes sense for me is
a) I only enable bluetooth when I want it, so it’s on and off during the day.
b) I rarely have a network signal so turn the wifi on when I want to use the phone. I don’t leave the wifi on all day and definitely not at night.

The first test wasn’t as accurate as the second and my opinion is that the algorithm for assessing battery charge may be by voltage checking which can be very inaccurate at full charge as the voltage drops very quickly initially. 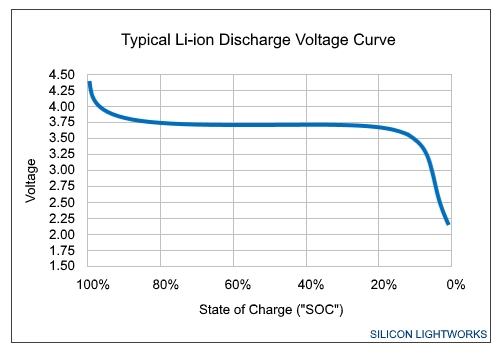 Whichever method the figures have to assessed against time see

Maxim Integrated touts a combined voltage and charge approach that is claimed superior to either method alone; it is implemented in their ModelGauge m3 series of chips, such as MAX17050, which is used in the Nexus 6 and Nexus 9 Android devices, for example.

I will ask Fairphone to elaborate on the method used so I can better understand what is going,

However you can see from my second test where I stopped charging at 98% the recorded loss was only 1% indicating one of the following.

The battery has already degraded and the loss is proportionally related to the degradation and will continue to show greater discharge over time. I say time but this really refers to usage, as a small usage over a long time equates to a large use over a short time

So loosing 10% overnight in aero[plane mode could do with more analysis.

The life of a battery FP Li ion Discuss

There’s little direct info on the Fairphone battery but generally the battery would typically last 2 or three years. This means than on average if your battery is well over a year old it will discharge, in terms of percentage charge at a faster rate. There are different make-ups of Li -ion which have longer life LiFePo are renowned. One problem with Li-ion is that if they are discharged to zero and charged to 100% the life is shortened. The Fairphone battery Charges up to 4.4V, on my phone, …

Great discussion! I have a FP2 and is probably 5 yrs old and only ever had to replace the back cover, so I count myself very fortunate indeed and pat myself on the back for such a wonderful sustainable choice

I always close down my apps in the evening then either shut it down or choose airplane mode. I probably lose 2% when its fully charged but more than 10% when its charge is around 30%. I guess that its because the battery is not so efficient, but it still lasts me at least three days or more, depending on what I use it for.

I haven’t conducted the experiment described, but I think that when its fully charged, I’d always switch off, but use airplane mode when the battery is under 30%.

Hm… GPS is still on when you are in airplane mode. This is because GPS does not send anything, it just receives, and that would not possibly interfere with airplane systems. (Although I noticed that airlines are increasingly relaxed about mobile phones switched on.)

I had the impression that my FP2 was not very good at estimating its own battery state. For example for two subsequent reboots one would consume more than 10 % and the next one only a few %. Also I could use it for a whole day to go from 100 % to 25 %, but when it was below 25 I had to run for my charger to prevent it from switching off because it was rapidly approaching 0 %. Also the battery drain would be faster after using it down to for example 70 % from 100 %, compared to charging it up to 70 % and then using it. To me this does not fit the picture of coulomb counting with 1 % accuracy.

I have just done a test for 24 hours FP3 6 months old. With the phone on and in aeroplane mode The only use being to check the charge level and disable the alarm when it rang. From 100% to 97% so a 3% drop over 24 hours

For FP2 users this may be of interest

A quick update on battery life - I switched off Location, uninstalled a few apps, and clamped down on apps’ network access even more strictly using NetGuard. I’m not sure which of that helped, but I’ve gone back to my old battery usage pattern which I had under Android 7, where overnight use flattens out. Here you can see the changes taking effect on the third night: [Screenshot_20210412-074127-01] And a single night’s power usage: [Screenshot_20210413-080056-01] Still running a proper mu…

Thanks to all the replies. Thanks to you I have discovered that shutting all the opened windows is effective in save battery in airplane mode! So I now do the option “erase all” every night and once a week or so shut the phone

I do not own a FP3 but are you sure you do not have a WiFi Button to turn on /off as mobile data or Bluetooth? I would actually doubt that it is not available. “Scroll down” the menu from bottom use the pencil search for the wifi button click and hold it and move it. Actually using Airplane mode makes more sense when you want to switch off several things at once, else you could just turn on/off WiFi when the rest is never used. 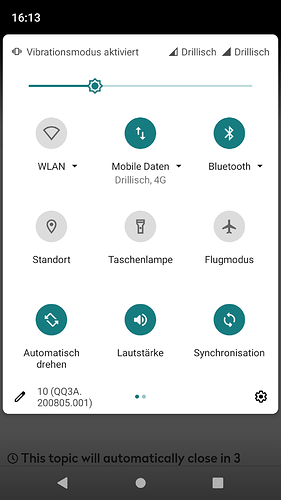