Does anybody knows, when WIFI calling is also inplemated in FP2. Some Smartphone has this feature.
e.g.: Samsung Galaxy S8 / S6 / S7; Sony Xperia XZ; HUAWEI P 10; iPhone 6 / 7
This feature is availabe for user from Vodafone, Telkom or O2

Haven’t tried yet, but I expect that the feature “Wifi calling” is independent of the device and will work on Fairphone as well. It needs to be implemented on operator side, especially. Beware that you will charged your rates as if you were calling over regular cell phone line.

If your provider and mobile plan support this, at least in LineageOS there’s status info and a switch …

Interesting. Did a bit of searching around. Apparently the Android version doesn't matter so much from a certain level on, I found references to it talking about Android 5.1.1 and Android 6.0.1. The big players in Germany (Telekom, Vodafone, O2) restrict this feature to certain mobile plans, Telekom additionally demands "Telekom Firmware" (so perhaps only branded phones, I don't know). I don't know how it is at your place. If your mobile plan supports this, you could start the Dialer, dial *…

… and apparently there’s a setting in Fairphone Open OS, too …

I'm trying to activate it too. The only way to see this setting is to search for Wi-Fi on Settings and then it appears. If I activate it after a while it deactivates. Don't know the reason. My provider supports this feature. Using Fairphone Open 17.08.1.1 Regards,

… and apparently there’s a setting in Fairphone Open OS, too … 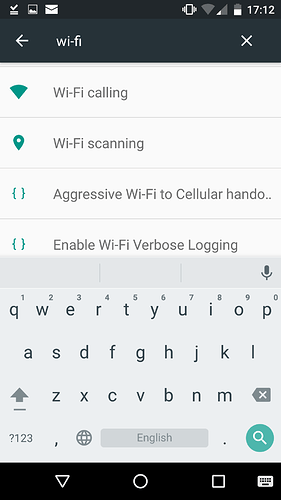 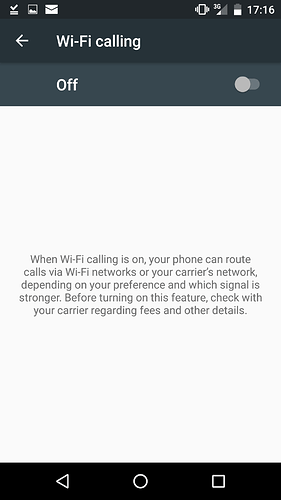 Btw: n German I had to search for “WLAN” to find the settings page.

Thank you BeMiGro,
this was the information which i needed.