American FP user here. I’ve been using the FP3 (with /e/) on the west coast for a couple years without issues. In fact, it’s been a great phone. I really love what Fairphone is all about and love supporting their mission, so I had a French friend send me the new FP4.

Unfortunately, the experience has been disappointing so far. The stock OS is way less “clean” than its predecessor and is stuck with all the invasive Google bloatware (apparently FP does not include Fairphone Open for Fairphone 4 atm). Also, there’s no /e/ option yet, though it sounds like there will be soon.

There is/was also no Fairphone Open for FP3. So I’m not clear why you expected it for the FP4…

no /e/ option yet, though it sounds like there will be soon.

Yes, if ungoogled OS is important for you (what I can actually understand very much) you might have waited for the Murena FP4 which is now announced for January 2022.
So probably /e/OS will also be available for your existing FP4 at roughly about the same time.

Maybe so. I’m no FP expert. But the FP3 I acquired (albeit from a third party) had a significantly different initial OS than FP4’s. Having a google account was optional, for example, and you could remove the various initial apps. That is not the case here.

As to your second point, I could also just wait until /e/ releases a stand alone OS build for the FP4, which I think should occur around the same time they release their FP4.

In any event, my main concern is finding a way to set up WiFi calling. Are there any carriers in Europe that support that feature on an FP4?

Are there any carriers in Europe that support that feature on an FP4?

Can I test this for you without needing to to find a place with bad cell coverage but available Wi-Fi?

Should be possible by just turning off mobile data when your contract includes wifi calling (not sure if all do per default nowadays).

Isn’t it putting the phone into flight mode and then switching on wifi? Turning off mobile data doesn’t mean that voice services are turned off, too, My wife’s unfair phone shows a wifi symbol with an earphone on it in the status bar if it’s connected to wifi calling (thus wifi turned on, idle but ready to call) but I cannot guarantee that this is the case for the FP4, too.

The mobile data option does not apply to phone calls. But next week I will be at a place with bad cellular coverage and then I can tell you if WiFi calling does work with FP4 on Telekom Germany.

Isn’t it putting the phone into flight mode and then switching on wifi?

Thanks for the hint. WiFi calling does work. 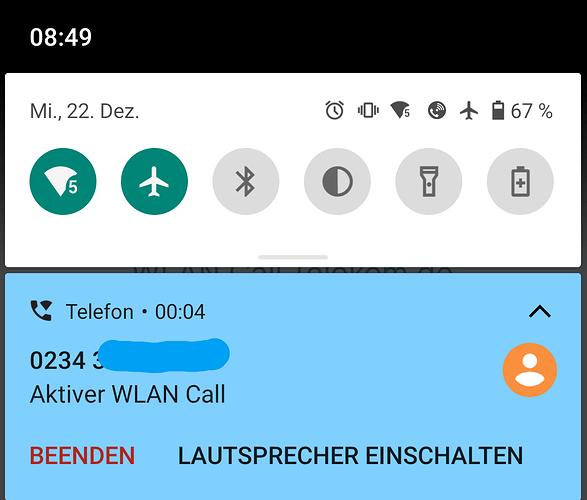 I can confirm that WiFi calling works with o2 Germany on FP4. It needs to be turned on in the Mobile Network settings page under Advanced.

When active, a symbol is shown next to the WiFi icon. 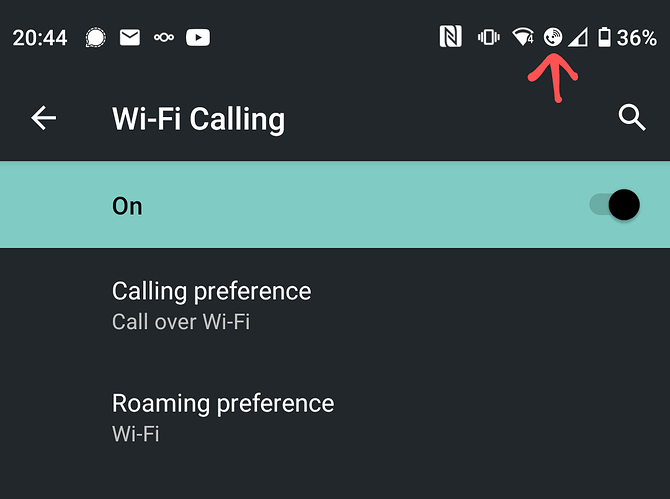 I don’t have the settings below where preference can be set. Did they come with today’s update?

@Discostu36 No. I had this option before the update.

You can also add a tile to the Android quicksettings menu.

Maybe this is only available with certain providers? I don’t have it with German Telekom.

I have it with German O2. 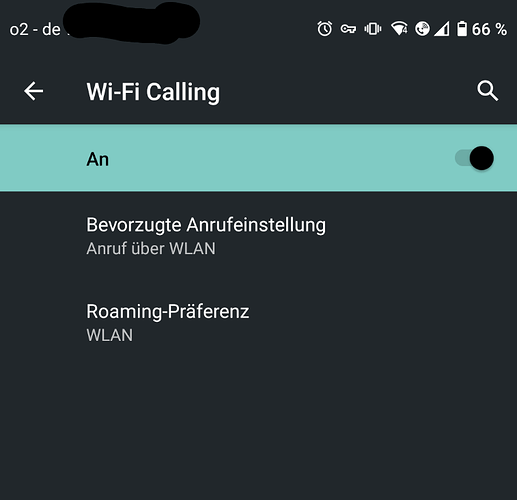 Update: I was able to install a third-party app which allows you to make and receive wi-fi calls from a secondary number. It seems no American mobile company supports wi-fi calling on any FP (not exactly a surprise, given that Fairphones are not technically approved with the regulatory agencies here). Until /e/ comes out, I’m using the phone as a backup “house phone,” but it is working very well in that role. Thanks for the replies, folks!

My understanding of WiFi Calling (or sometimes VoWiFi) must be supported by the phone and by the carrier. I only have a FP2, so can’t speak to capabilities of the FP3 or FP4.

However, according to Wikipedia’s Generic Network Access article [1], T-Mobile US supports WiFi calling. You’ll probably need to ask your carrier if they support WiFi calling or not, and whether that support is device-specific (I’m not clear on that whether carrier support would entail every device that offers WiFi Calling, or just specific devices approved by the carrier).

Ah ok, I can only activate and disable it.

Hi there,
I own a FP4 for some weeks now with the latest ROM update… I can’t get WiFi Calling working and I’m really disappointed about that.
On my old Xiaomi Mi A1 running LOS 18.1 WiFi Calling worked like a charm. Using the same SIM (Telekom Germany) in my FP4 there’s only VoLTE available. I think that there’s something wrong with the integration in FP’s ROM, as there’s no choice whether to prefer WiFi or cellular network (as in LOS).
Anyone successfully used WiFi Calling here?
Regards, M.

So under settings, network, mobile network ,network settings is no option at all to enable WiFi Calling or you found that but are missing this setting? 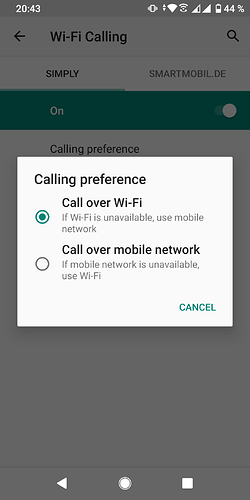 Edit: moved everything to an existing discussion, that might provide further details